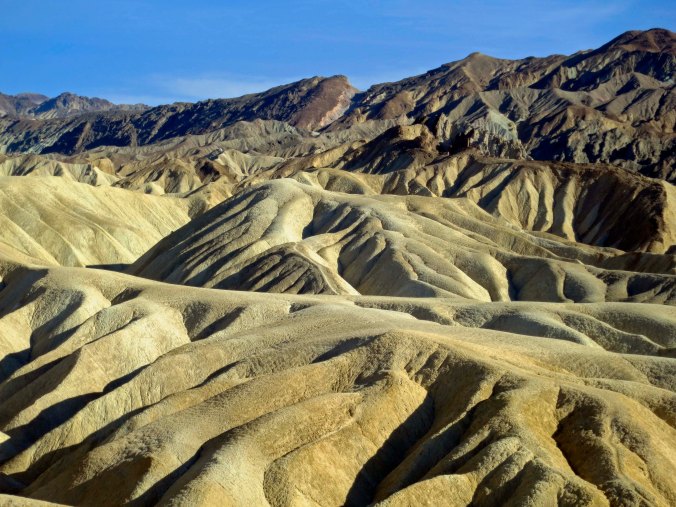 Zabriskie Point is one of the most photographed spots in Death Valley. Tour busses stop here and disgorge thousands of passengers annually. Everyone comes armed with a camera, or at least a cell phone camera. Twenty shots or so later they are on their way, scurrying back to the bus and Death Valley’s next must-see sight. We are more leisurely in our approach, but we also take a more photos. Erosion is king here, wearing away rocks that were deposited in a lakebed some five million years ago– back before tectonic forces created Death Valley and back before the region became a desert. 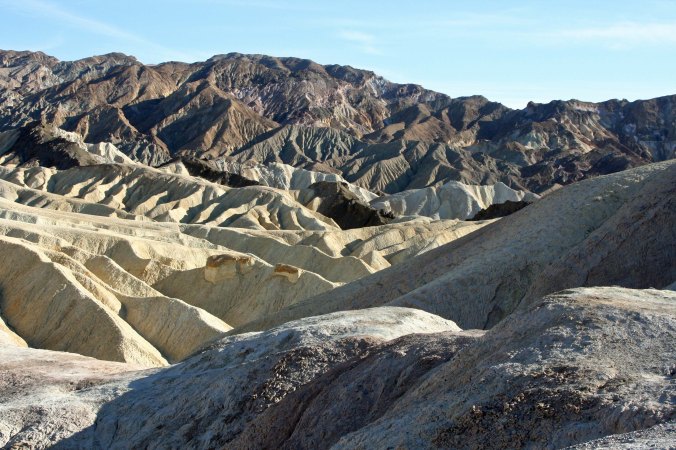 As in other parts of Death Valley, the rocks of Zabriskie Point are multi-hued. (Photo by Peggy Mekemson.) 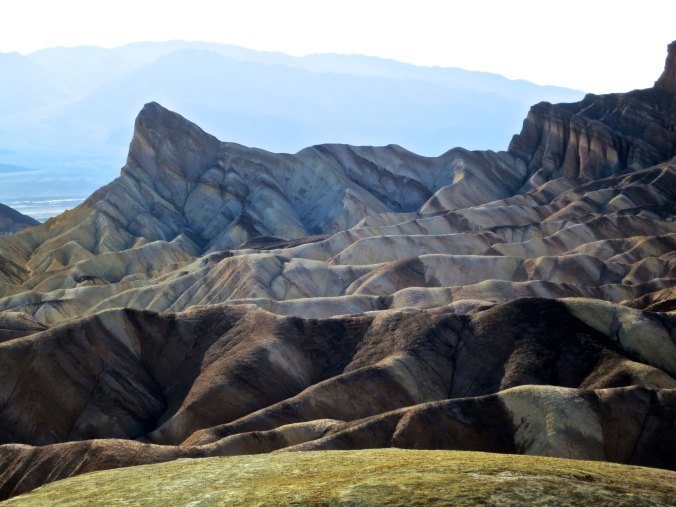 Manly Beacon or Point, is another popular view from Zabriskie Point. Justifiably so. 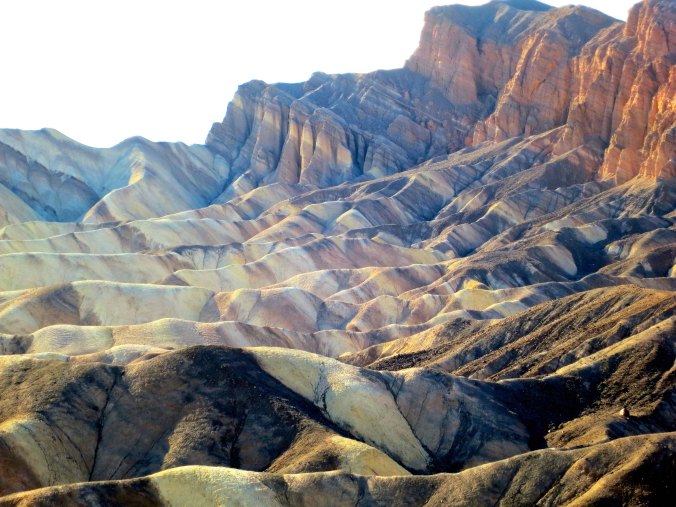 Peggy and I were at Zabriskie Point in the late afternoon. The rocks above Manly Beacon seemed to take on an inner glow.

A three-mile trail leads down to the Valley floor from Zabriskie Point and passes through Golden Canyon on the way. For fans of Star Wars IV, segments of the movie were filmed in Golden Canyon. The diminutive, eye glowing Jawas captured R2-D2 and C-3PO there.  So you can think of Death Valley as Tatooine, the home planet of Luke Skywalker. (Tunisia was also used for scenes on Tatooine.) 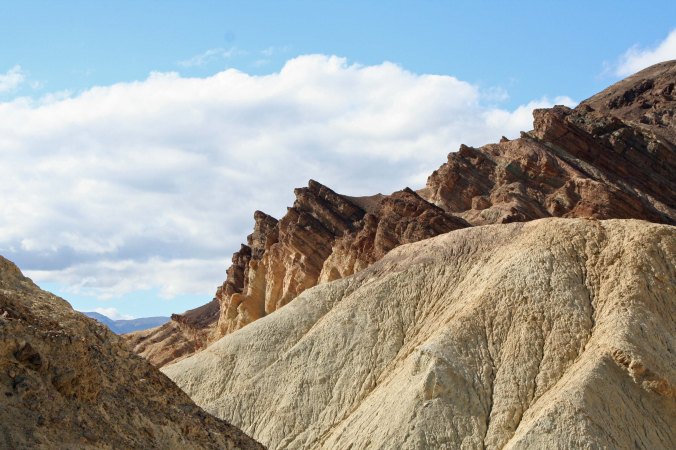 Golden Canyon looking out toward Death Valley. This photo and the one below were taken from an earlier trip. R2-D2 and C-3PO were captured in the canyon by the Jawas.

Golden Canyon looking up toward Zabriskie Point. I am on the trail. (Photo by Peggy Mekemson.)

Here’s some Star Wars trivia I picked up when doing research for this blog that you can use to wow your friends: sounds made by dogs, bears, lions, tigers and walruses were combined to create Chewbacca’s voice.

The Twenty Mule Team Canyon that I blogged about in my last post starts a mile or so above Zabriskie Point. A few miles farther, a road jogs off to the right that leads to Dante’s View, which towers some 5000 feet above the valley floor. The last part of the road is steep and narrow but the view is worth it. 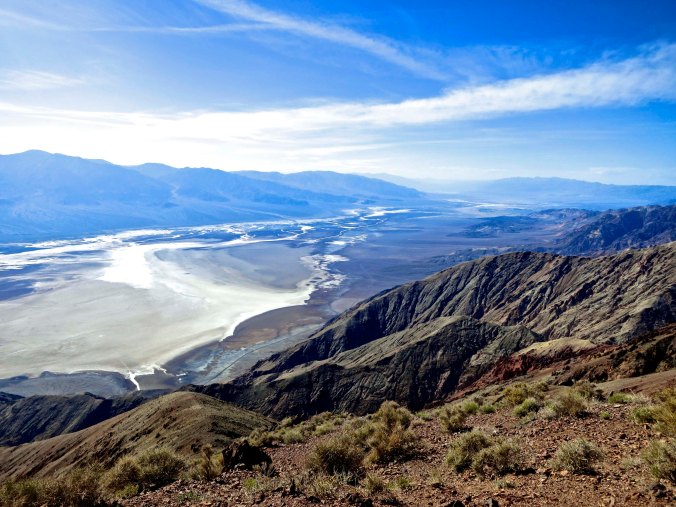 Looking down into Death Valley from Dante’s View. 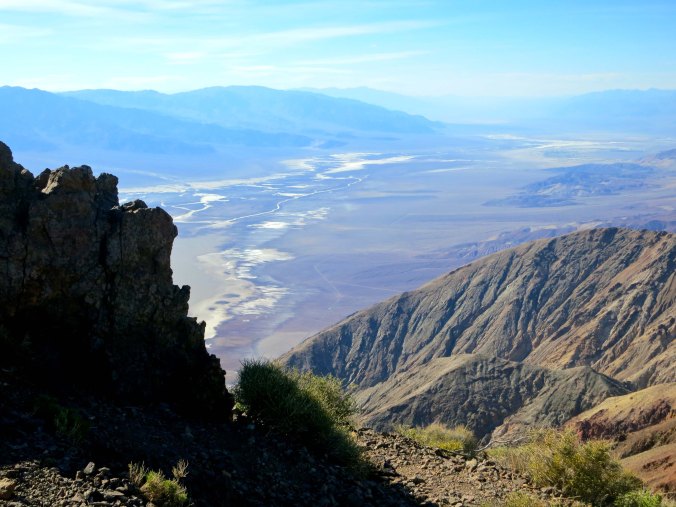 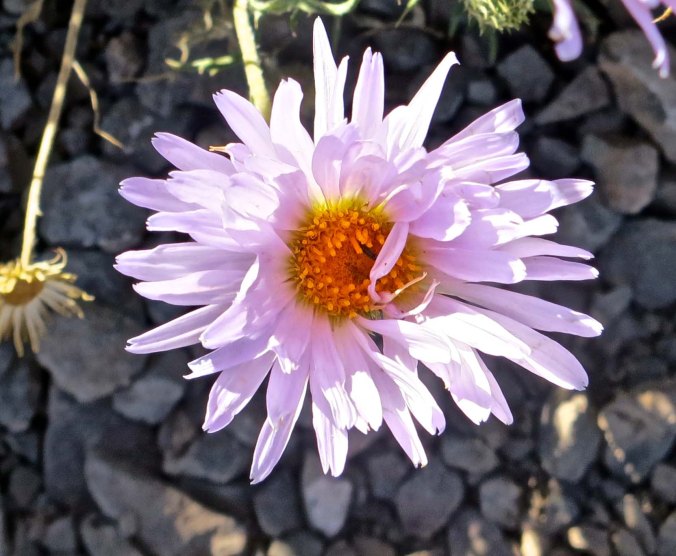 Given the higher elevation at Dante’s View, spring flowers were still blooming. 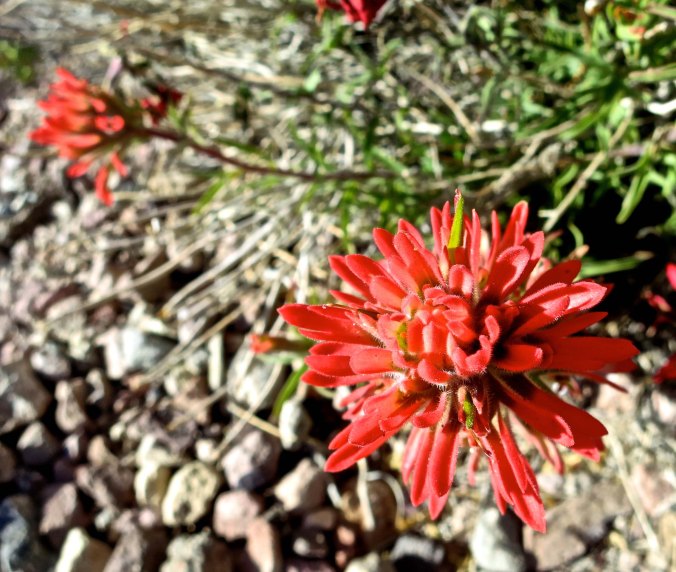 This is an Indian Paintbrush. 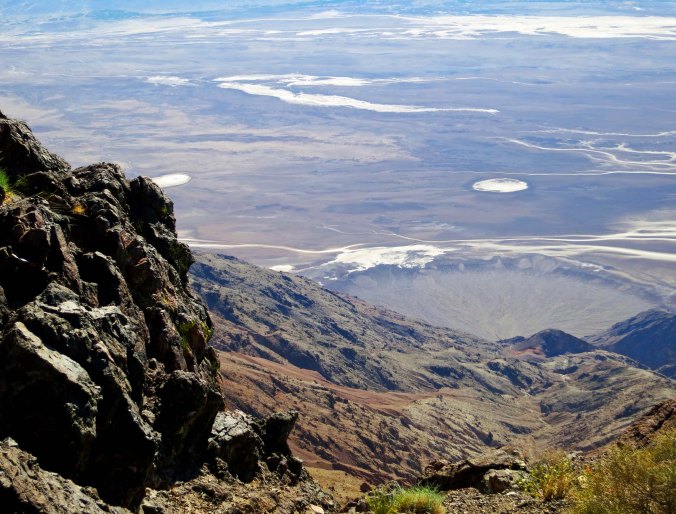 I took this final photo from Dante’s View to capture the very impressive alluvial fan spreading out on the Death Valley floor far below. Debris coming down off the mountain had built this fan up over thousands of year.

28 thoughts on “Death Valley Part II: We Are At Zabriskie Point but Where Is R2-D2… The Desert Series”