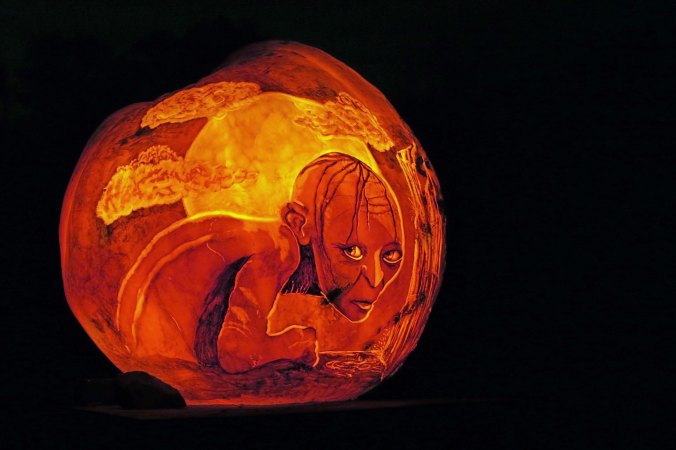 “My precious, the nasty Hobbit has stolen my precious.” Gollum of the “Hobbit” and “Lord of the Rings” fame.

I’ve now reached day 4 of my  7 part Halloween series. Today’s art-carved pumpkins from the Jack-o-Lantern Spectacular of Providence, R.I. take their inspiration from the pages of “The Hobbit.” My Halloween story for the day includes an encounter I had with a ghost…

Have you ever met a ghost? I’ve blogged about my three scary encounters in the past. One took place in Scotland near the grave of the Presbyterian martyr and a distant relative, John Brown. Another was at Fort Mifflin near Philadelphia where two of my ancestors died during the Revolutionary War. The fort is listed as one of the most haunted places in America and I believe it!

The third, and by far the most frightening, however, was when my dad, Pop, decided to haunt me. He had died in his Sacramento apartment and I had the misfortune of finding the 89-year-old sitting on the toilet, naked. That was scary enough, but nothing like a couple of days later when I went back in to clean his apartment. I was working in the bathroom when the light in his front room came on. I figured it was the apartment manager— except when I went into the front room, no one was there and the door was locked. “Okay, Curt,” I said to myself, “you are distraught and imagining things.” I shut off the light and went back into the bathroom. Just as I walked through the door, however, the water that had been running at a trickle in the sink went on full force! I watched the sink handle move. “Clean your own apartment!” I yelled as I rapidly exited the place, noticing that the front room light was on again.

That night, I was going to sleep with all the lights on, or at least trying to, when I heard a voice in my mind. “I’m okay, Curt,” Pop said as he exited down the proverbial white hall. It seems he was out of here. He’d once told me that he wanted to be a spaceship when he died, exploring the outer reaches of the Universe. It was his concept of heaven. He was a good Baptist, but streets paved with gold weren’t for him. Maybe he was finally on his way. Maybe. I hired a cleaning service to go in and take care of the apartment just in case he wasn’t.

Our concepts of ghosts range from Caspar the Friendly Ghost to the scary fiend above that we found haunting the path at the Jack-o-Lantern Spectacular.

Elvish bowmen, such as Legolas, played an important role in “The Hobbit.” 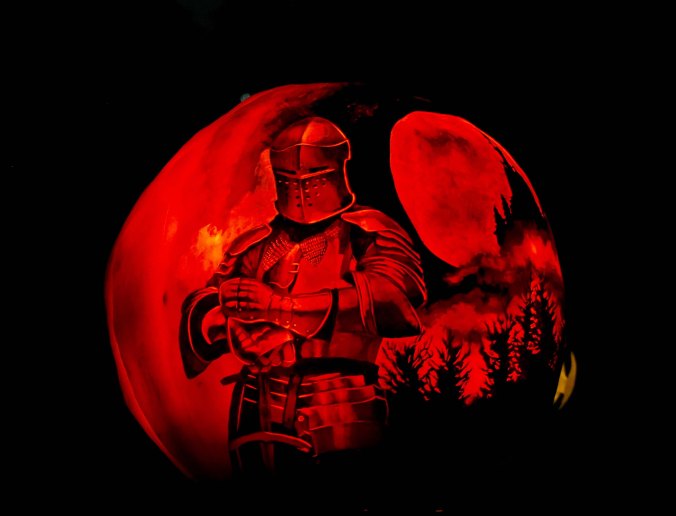 As did righteous knights, Boromir perhaps.

A Hobbit hole is shown on the left. Bilbo might have had some serious second thoughts about his peaceful little community had he come out the door and been greeted by this bunch. But maybe they were protecting him. 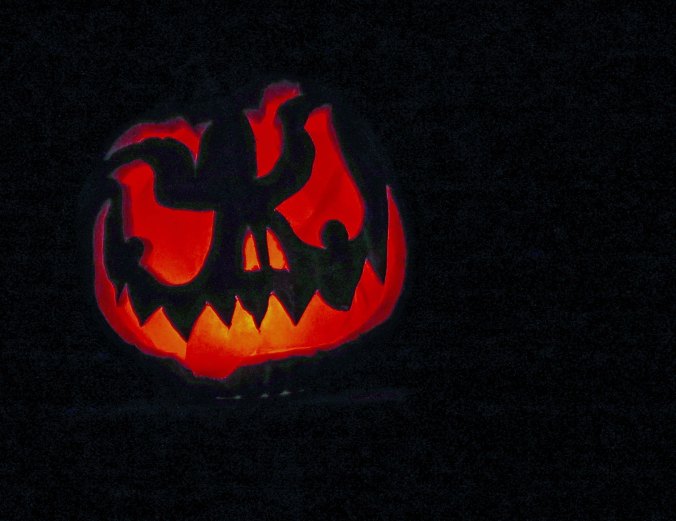 I’m amazed that these guys hold together when so much material has been removed. A team of volunteers are on standby at the Jack-o-Lantern Spectacular to carve new pumpkins as old ones fail over the month-long festival. 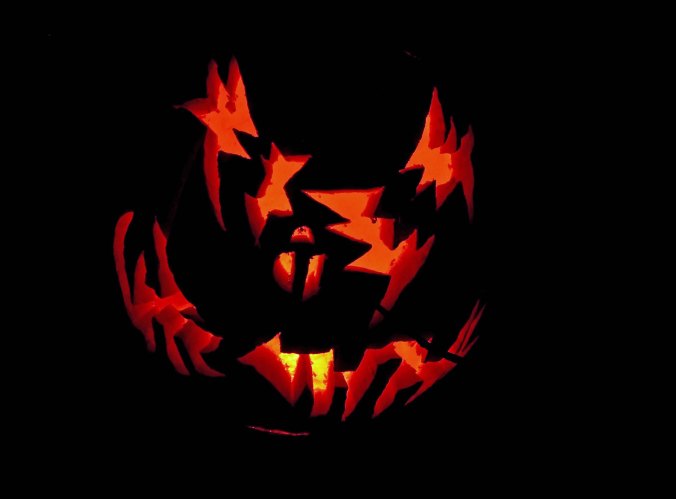 One look at this pumpkin led me think that it might be a good character for Marvel Comics. 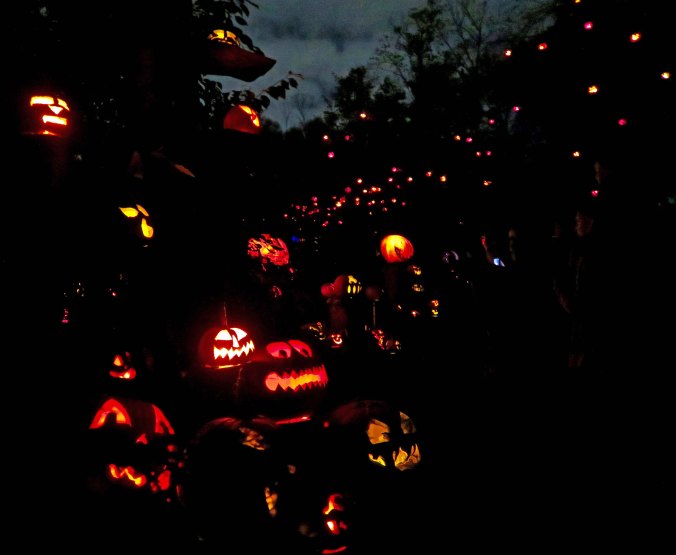 A final group photo for the day.

Next Post: I grew up next to a graveyard. It was out our back door and across a dirt road. Since I slept outside during the summer months, I had plenty of opportunities to become acquainted with ghosts. Tomorrow I will describe an adventure I had as a six-year-old when I went into the graveyard late on a moonless night and met up with one of its denizens. The carved art will include some of the classics of the Renaissance. Think Mona Lisa.

15 thoughts on “A Haunting Pop… The Jack-o-Lantern Spectacular of Providence, RI: Part 4”