Fireworks from Burning Man 2015 to welcome in the New Year.This is a side view of the Man just before he burns.

It’s that time of year when our lives are balanced on the edge of looking back and forward. I don’t do New Year’s resolutions so much as I look backward to see where I have been and forward to see where I am going. The two are obviously closely connected. Normally we continue down the same path; it is a deep rut we have created. But occasionally something knocks us off the beaten track, and that’s not necessarily a bad thing. Doors close; doors open. I try to live a life of no regrets, or at least as few as possible— life is precious. When I die, I want the last words on my lips to be, “Wow! What a trip,” not “Damn, I wish I would have…”

As bloggers, our lives are more open than most. We share the journeys we are on, both inward and outward— and you have shared much with me in 2015. I’ve been privileged to help raise goats in Virginia, romp with Milo in Australia, worry about a lost cat in England, and wander back in time to World War II. I’ve travelled to the world’s capitals and the remote corners of Africa, Europe, Asia, South America, North America, Australia and New Zealand with both old and new blogging friends. (Over a year qualifies as “old” in the blogging world.)

You’ve allowed me to see the world through your eyes in Nigeria, Knoxville, Southeast Texas, northern Oregon, and ever so many other places. I’ve stood beside you as you have fought Ebola in West Africa, hiked in Patagonia, travelled down the Nile by boat, snorkeled in Iceland and built houses in Nepal. Many of you are superb writers; you’ve shared your poetry and stories and causes as well as your adventures. And many of you are excellent photographers, sharing your life in pictures as well as words.

In return, I’ve taken you backpacking into the Grand Canyon, shared the craziness and beauty of Burning Man, and invited you into my home in southern Oregon. Peggy took you along on her exploration of the Cotswold in England, and I took you up the North Coast of California where we explored subjects ranging from the Grateful Dead to the world of tattooing. I suspect you recall my confrontations with the Nike Missile north of San Francisco. Iggy the Iguana wandered into our living room and onto my blog in Puerto Vallarta. And there were many more adventures. It was all fun for me. I was particularly excited and pleased to share the publishing of my book, The Bush Devil Ate Sam, about my experiences as a Peace Corps Volunteer in Liberia. 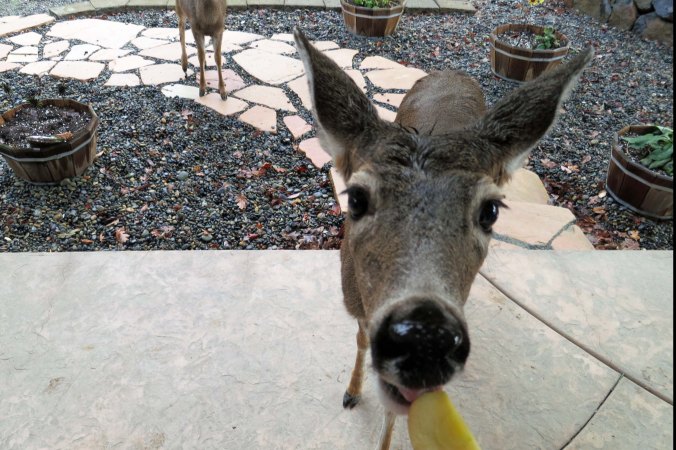 Of the many visitors to our home I blog about is the deer herd that lives in our backyard and has become quite fond of apples.

We travelled from the beautiful red rock country of Sedona…

To this bower of trees at Point Reyes National Seashore. 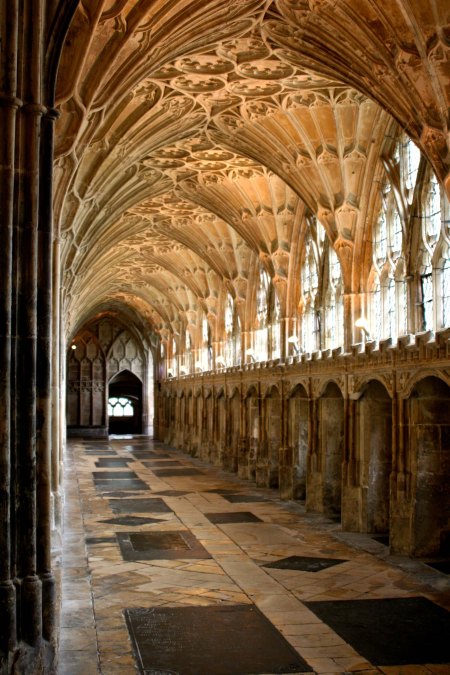 Peggy took you on a trip to England that included a Gloucester Cathedral hallway that was used in Harry Potter. 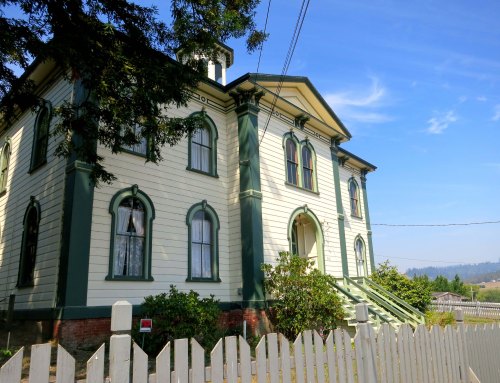 While I took you to the Potter School in Bodega, CA that was used in Alfred Hitchcock’s film, The Birds. 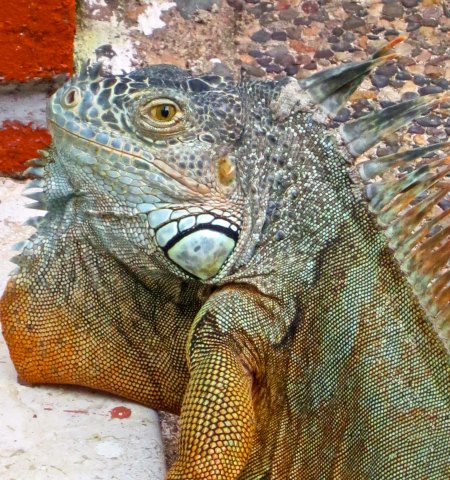 Senor Iggy the iguana came to visit us when we were in Puerto Vallarta.

Altogether, according to WordPress, my posts had 94,000 views from 170 countries in 2015— not monumental in the world of blogging, but definitely enough to please this wanderer.

Here’s wishing each of you a happy and healthy New Year.

NEXT BLOG: We will head off to Burning Man 2015 as promised.

47 thoughts on “Happy New Year to Our Friends in the Blogging World!”