Don McCoy would create one of the first modern houseboat communities in Sausalito, California in the years before he created the Chosen Family commune at Olompali. A large, thriving community of houseboats still exists in Sausalito.

“I felt we were chosen for something. I thought we were going to create a new society. I thought we were going to change the world, or create a new way of life, a new way of doing things, a new way of living together, getting along in a peaceful world.” —Don McCoy, founder of the Chosen Family. It would be hard to find a statement that better summarizes the hope surrounding ‘The Age of Aquarius’ that seemed so tantalizingly close in the 60s, but was ever so far away.

“The failure to curb personal indulgence was a major collective error. Our journeys down the path (of extensive drug use)… disordered our senses, senselessly wasted young lives, and often sabotaged what we labored so diligently to construct. … It is the artist’s responsibility to manifest sanity and health—something we did not fully understand.” Peter Coyote— Co-founder of the Digger Movement in San Francisco, and friend of Paula McCoy. He would go on to become chair of the California Art’s Council under Jerry Brown, a popular actor (think ET), and a Zen advocate.

“I was definitely exposed to different ways of thought, to people who had yearning for peaceful ways of living, collectively with others. It gave me a more liberal and progressive outlook on life in general, introduced me to organic foods, to eastern religion, to farming, to alternative theater.  Maybe today that sounds almost mainstream, but we were really counterculture then.” Maura McCoy, daughter of Paula and Don, who is presently finishing up a documentary on The Chosen Family that Peter Coyote will narrate.

“What I remember about Thanksgiving dinners at Uncle Bud’s was that they were always loud— boisterous in a positive, friendly way,” my brother-in-law Jim told me, as his mind reached back to his childhood in the 40s and early 50s. Jim is married to Peggy’s sister, Jane. Bud Carrington was Jim’s uncle and Paula McCoy’s father, so Paula was his cousin. Maura is her daughter. Paula would have been part of the boisterous Thanksgiving holidays.

What Jane and Jim recall of the 60s and 70s hippie culture in San Francisco was the darkness of the drug scene that Peter Coyote referred to. It would lead to Paula’s early death. Understandably, they see the Chosen Family, the Diggers, and the Summer of Love in the light of Paula’s shortened life.

My own perspective of the time is somewhat different. My stint at Berkeley was from 1963 to 65, when the Bay Area rock music scene was in its formative stages. Herb Caen had yet to make the word ‘hippies’ part of our every day vocabulary. The Free Speech Movement, Peace Corps, graduation, and marriage dominated my thinking. My awareness of ‘hip’ hadn’t travelled beyond the Beatniks. (I was curious enough about the Beats, however, to make a pilgrimage across the Bay to Lawrence Ferlinghetti’s City Lights Bookstore.)

I was in the final months of my Peace Corps assignment in Liberia in July of 1967 when I first became aware of the Summer of Love. A new group of Volunteers hosted a party in Tapeta. A large sign claiming Haight-Asbury Africa greeted us on the edge of town. There wasn’t any LSD (at least that I was aware of), but Liberia’s Club Beer ran freely. And the Bush Devil was there. He seemed to fit right in. Any of the 60’s rock groups would have been delighted to have him shuffle across their stage. (If you want to learn more about the Bush Devil, check out my book, The Bush Devil Ate Sam, on Amazon.)

By the summer of 1968, I was Director of Peace Corps Recruiting and Public Affairs for Northern California and Northern Nevada. While my territory didn’t cover San Francisco, I travelled into the city on a monthly basis for staff meetings. Out of curiosity I wandered over to Haight-Asbury, which had already lost its luster. I also spent much of my time on college campuses, and some, especially Sonoma State— just up Highway 101 from Olompali, closely reflected what was happening in the more open society of the times. I was drawn to the sense of exploration and freedom the lifestyle offered. My feelings could have easily carried me in that direction, but I got caught up in the world of environmental action instead. “Tune in, Turn on, Drop out” never became part of my vocabulary. But, back to the McCoys.

In 1961, Don and Paula McCoy moved from Southern California to Marin County and Don started an investment property and construction company with his brother Douglas. Within two years they were busily developing Sausalito’s first modern houseboat community at the Sausalito heliport on Richardson Bay. Houseboat living, apparently, had great appeal to artists and musicians. A young Bill Cosby rented a space at the development and Otis Reading used one of Don’s houseboats as an escape from San Francisco. Otis used his stay as inspiration for the hit song “Sitting on the Dock of the Bay.” A warehouse that Don owned at the Heliport also became a popular rehearsal space for local bands including the Grateful Dead, Country Joe and the Fish, and Quicksilver. Chicago apparently practiced there as well.

At some point, Don and Paula bought a house in San Francisco at 715 Ashbury Street. The Grateful Dead lived directly across the road at 710 Ashbury Street. A constant stream of people moved back and forth between the two Victorian houses.

Paula and Don divorced in September of 1977. I couldn’t find the reason, but given the couple’s close association with rock bands, drugs, and the era of free love, it isn’t hard to imagine. Whatever the reason, Don got the kids and within a couple of months he would be creating his commune at Olompali. Paula stayed at the house on Ashbury Street.

While this blog series is focused on Olompali, I broadened my research when I learned about the relationship between my brother-in-law and Paula. Her life in San Francisco was equally interesting to Don’s at the commune. 215 Ashbury became one of the focal points of Haight-Ashbury and the Summer of Love. Janis Joplin was so close by that she could stand out on her balcony and yell out to her neighbors at 215 and 210. Peter Coyote describes an incident where he was upstairs at Paula’s when Neal Cassady came out of the Dead’s house. Peter lobbed apples at him from the window and Cassady came over to visit and get high. Ken Kesey reportedly used the house to stop his car when he lost his brakes. Several people with close connections to the Dead actually lived at Paula’s. This included Stanley Mouse and Alton Kelly, who would earn fame for their psychedelic Grateful Dead poster art and album covers. 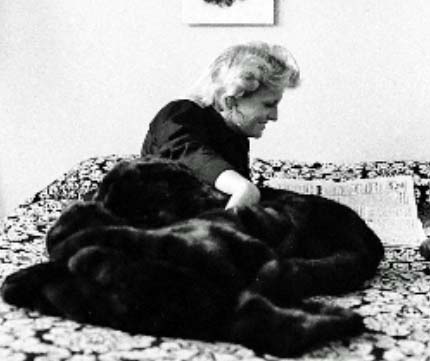 A photo of Paula McCoy wearing her fur coat taken by Peter Coyote.

715 Asbury Street also became a gathering point for the Hell’s Angels and Diggers. The Angels had developed an early relationship with the Pranksters during the acid tests and this relationship extended to the Dead. Two Angels, Frisco Pete Knell, president of the San Francisco Chapter of the Hells Angels, and Billy “Sweet William” Fritsch, even accompanied the Grateful Dead, Paula, Ken Kesey, and Peter Coyote on a mission to London to meet with the Beatles in 1968. The Dead were concerned about whether the Beatles had a social conscience and were ‘socially adventurous.’ While the Dead found the Beatles more focused on making money than making change, the Beatles found the Dead scary, which is no surprise, considering Knell smashed one of their staff in the nose because Christmas dinner was late. Lennon was present to witness this episode and Coyote had to use his diplomatic skills to calm John down.

Paula and Coyote were invited on the journey because of their close connection with the Dead and with the anarchic Diggers, who were major players in San Francisco and Haight-Ashbury’s 1967 Summer of Love. Coyote, who went by his birth name at the time, Peter Cohon, was one of the founders of the Diggers, along with Emmett Grogan and Peter Berg. Free is the word that best describes what the Diggers did during the summer of 1967 when up to 100,000 young people (hippies/flower children) descended on Haight-Ashbury with little more than the clothes on their backs. The Diggers operated a free store and health clinic, provided free crash pads, gave away free bread in Golden Gate Park (much of which was baked at Olompali), and performed free, radical theater events on the streets and in the parks of the city. (Both Coyote and Berg had been members of the San Francisco Mime Troupe.) 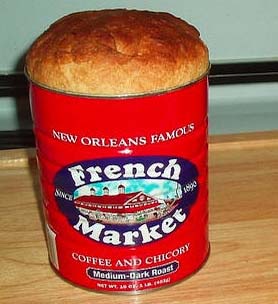 The Diggers would distribute thousands of loaves of bread, baked in a coffee can like this.

The Diggers were always welcome at 215 Ashbury. Coyote referred to Paula as the doyen of the Diggers and Vanity Fair described her as the group’s patron. Either way, she played an important role in the Diggers’ loose knit organization, the Summer of Love, and what came afterwards. (Imagine being able to say, “Oh, I went off with the Grateful Dead to meet with the Beatles and discuss their social conscience.”) Paula also became part of the dark side of the 60s counter-culture, the use of hard drugs. Coyote blames Emmett Grogan for introducing Paula to heroin. A woman commenting in the March 15, 2003 Digger Archives confirms this observation:

“Emmett was a junkie. Every woman he got involved with, perhaps his last wife being the exception, ended up strung out right along with him, big time. He left a wake and it amazed me some of the women that gave in. Not all of them lived through it. Paula McCoy being a prime example. She was the most intelligent high-toned woman in the scene. God was she smart and politically hip. I never in a million years could have seen those two together.”

But give in she did, and in 1976 the addiction plus ‘a drug deal gone bad’ would lead to her death in San Rafael. As Coyote would note “The Sixties turned into the Seventies and the hard-life changed a lot of things. A lot of friends died: Tracy, Marcus, Bill Lyndon, Billy Batman, Pete Knell, and Paula McCoy. The list is longer than I have the heart to type.”

Emmett Grogan died of an overdose in 1978.

NEXT BLOG: Olompali… the final chapter.