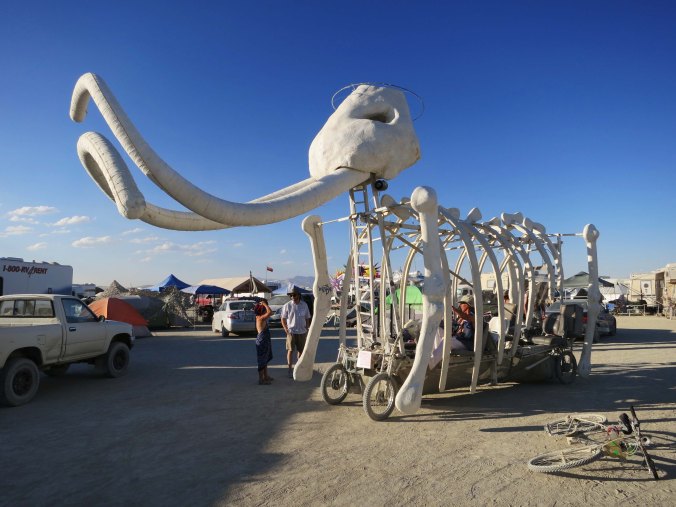 The tusks on this mammoth are what make this art car one of my favorite mutant vehicles at Burning Man. People sit inside the rib cage. The driver climbs into the head.

Important: 1) These are from my perspective. Other people will have different points of view. 2) I never see everything that is available to see at Burning Man. There is simply too much. So it’s quite possible that I have missed some really great things. My apologies. 3) I missed 2011. 4) These photos are not in order of choice. That is beyond me. (Grin)

Burning Man requires that you park whatever you happen to be driving when you arrive at Black Rock City. You are expected to ride a bike or walk where you are going. The exceptions are mutant vehicles that are free to wander about. A mutant vehicle is a vehicle that has been modified to resemble something that in no way resembles the original car, truck, bus or golf cart it was. (There is a three-masted sailing ship that looks exactly like it did when it sailed the seven seas, however. And this year the playa is supposed to feature a recovered 747 jet.)

Some of the mutant vehicles are quite artistic. The best of these creations are jaw dropping unique. Most mutant vehicles take on a totally different persona at night when the Playa becomes magical with their comings and goings. I’ve included an example.

Here are a few of my favorites. If you have been following my blog for a while, they will be familiar. 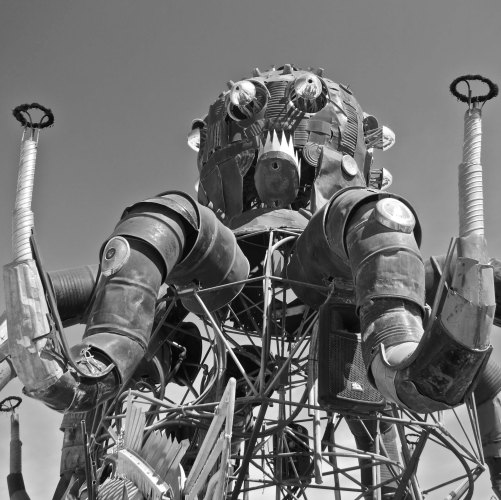 El Pulpo Mechanico became an instant Burning Man classic when it first made its appearance on the Playa a few years ago. At night, its arms pump up and down shooting out fire. 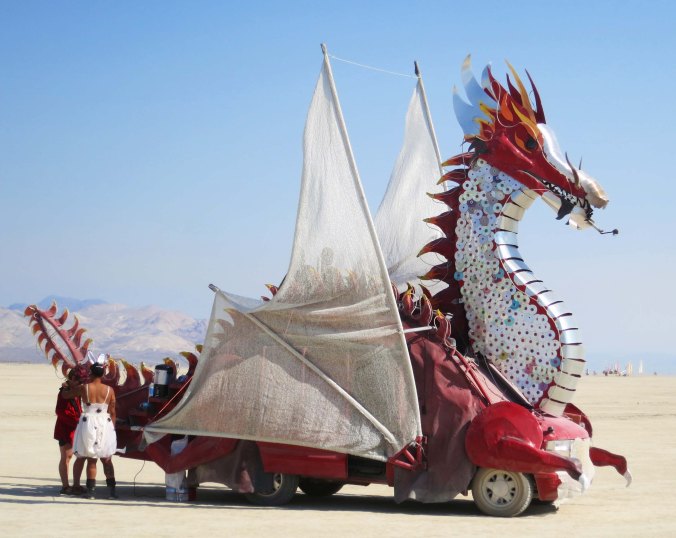 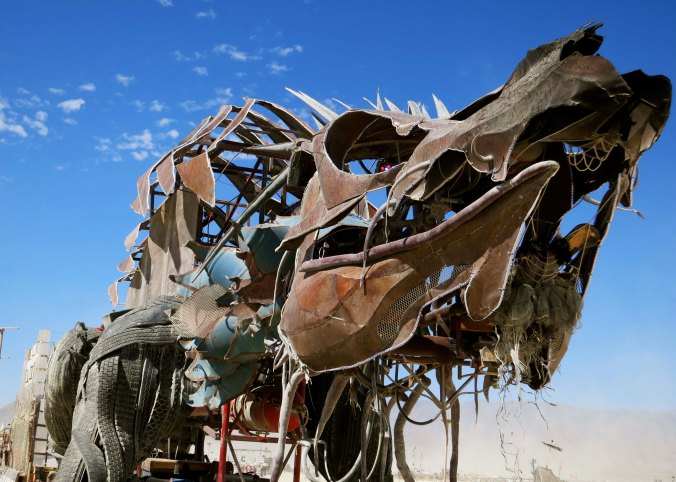 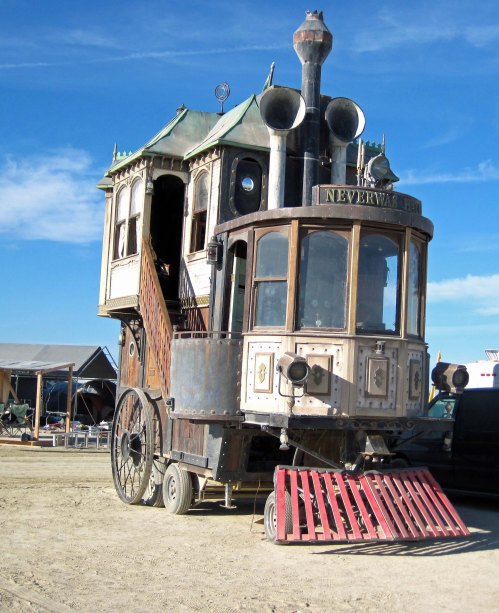 Never Was Haul resembles a Victorian house that has been converted to a steam engine train. 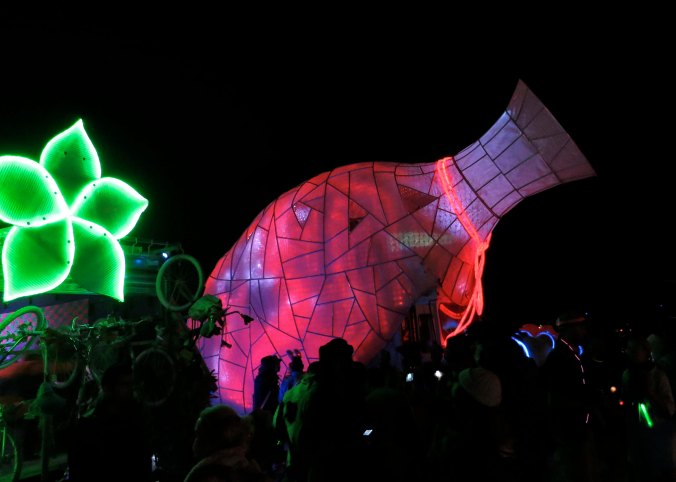 Mutant vehicles, such as this vase, take on different personalities at night. 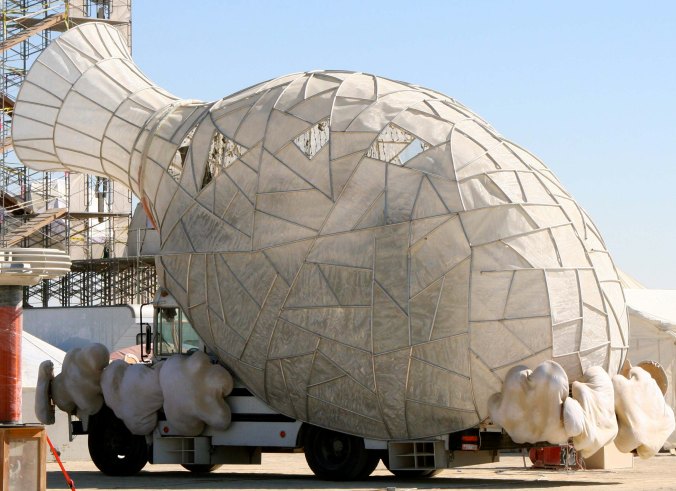 The same mutant vehicle vase shown above, parked in Black Rock City during the day. 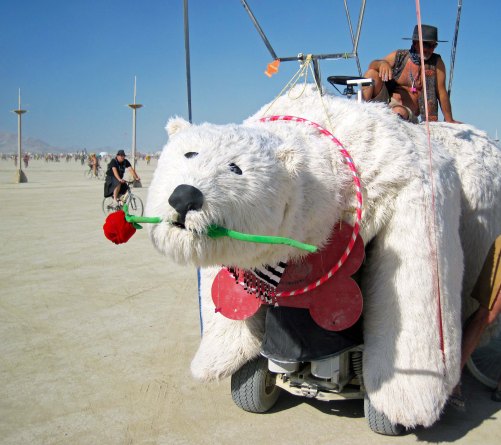 Smaller mutant vehicles often brim over with character, such as this polar bear with its red rose. 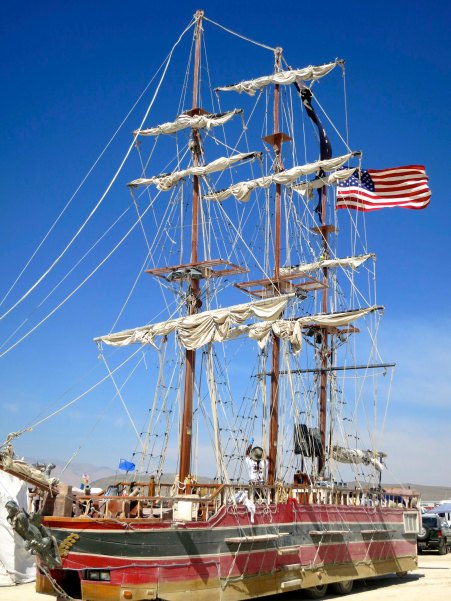 The sailing ship I mentioned above. 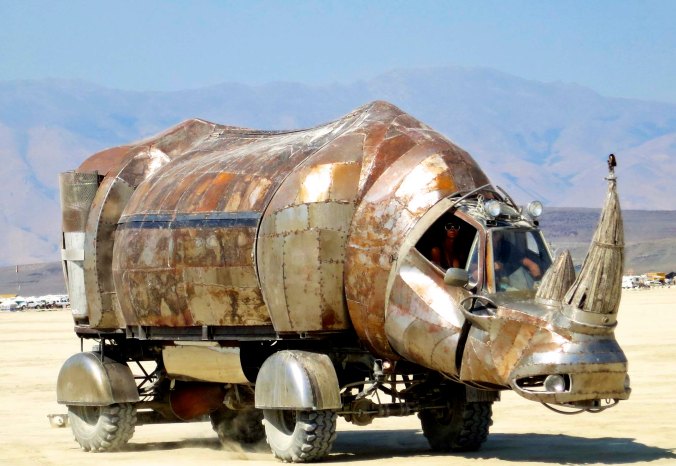 A rhino even more massive than its counterpart in East Africa. 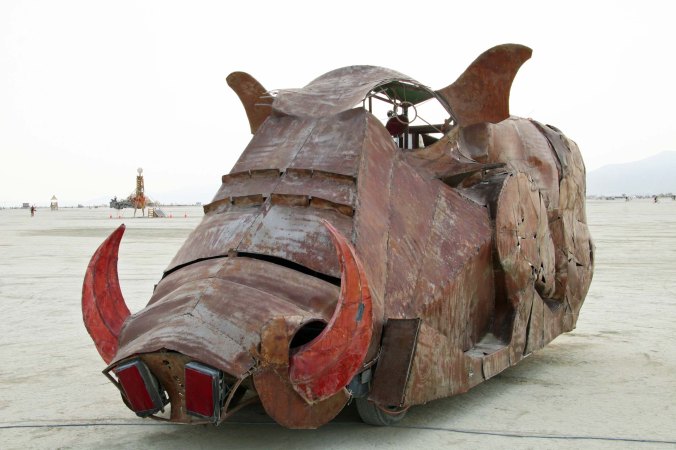 And finally, a wart hog.
NEXT BLOG: The buildings of Burning Man.

20 thoughts on “The Best of Burning Man: The Top Ten Series (#5)… Mutant Vehicles”