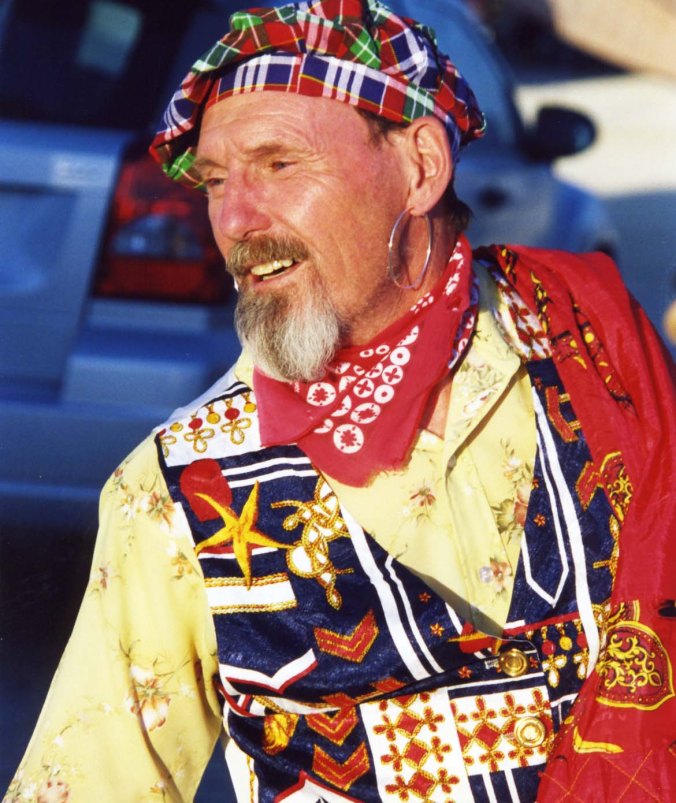 Costumes are an integral part of Burning Man and some people such as my friend Ken (aka Scotty) love to dress up.

Important: 1) These are from my perspective. Other people will have different points of view. 2) I never see everything that is available to see at Burning Man. There is simply too much. So it’s quite possible that I have missed some really great things. My apologies. 3) I missed 2011. 4) These photos are not in order of choice. That is beyond me. (Grin)

The first advice I ever received from a Burning Man participant was that I had to wear a costume if I went. “It’s an essential part of being a Burner,” he told me. If I contributed nothing else, I had to dress up. The only lecture I ever received at Burning Man was that I wasn’t dressed up enough. Okay, I confess, I have never been good at costumes, but I have tried. I am Outlaw, that’s my Burning Man name, and I try to dress like one, sort of. Doesn’t a black hat mean you are an outlaw? Umpteen hundred Westerns can’t be wrong.

Given that there are thousands of costumes at Burning Man, picking out the ten best is impossible. But here is a sample of what you might see: (Special thanks to Don Green, who is never shy when it comes to asking, “May I take your photo?”) 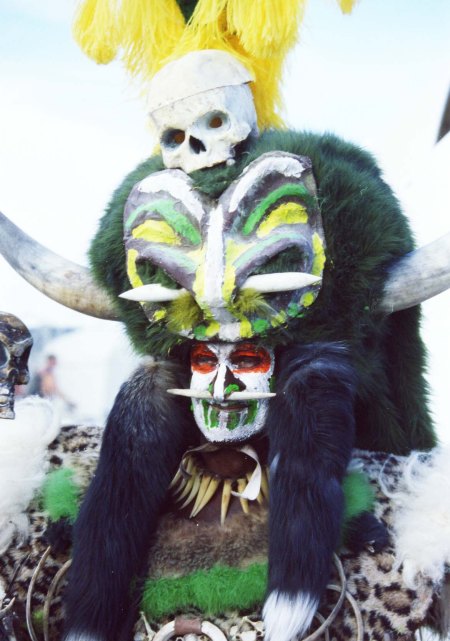 Some costumes, such as this shaman, can be incredibly elaborate. 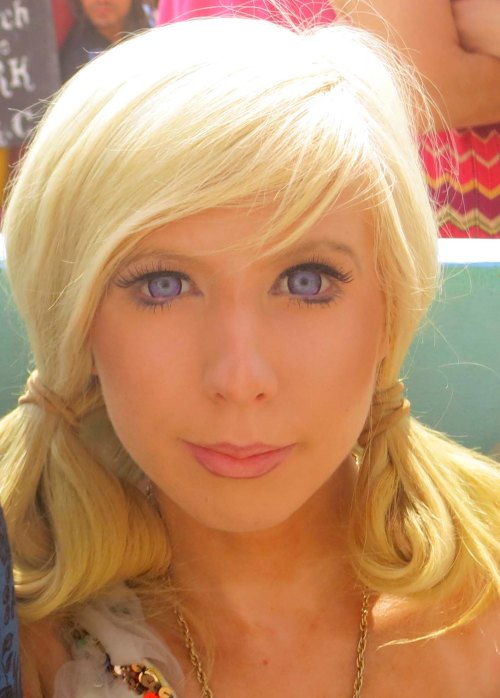 Others can be as simple as artfully applied makeup. 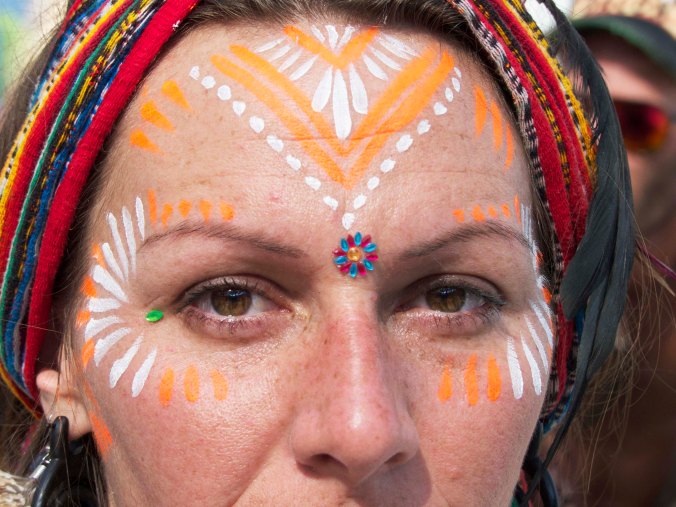 Or, by adding face paint and a jewel. 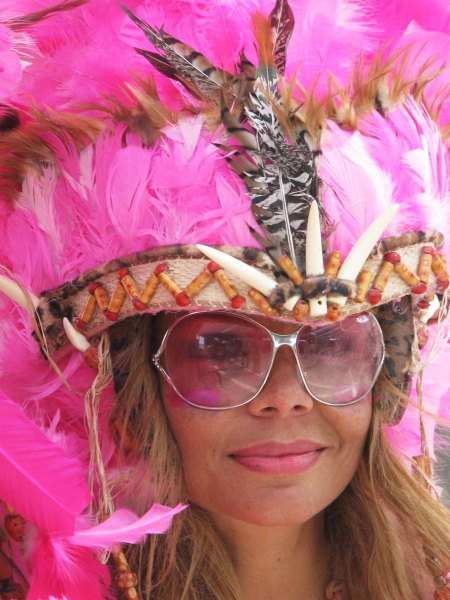 This pink feather headdress, pink glasses, and pink lipstick were quite dramatic. 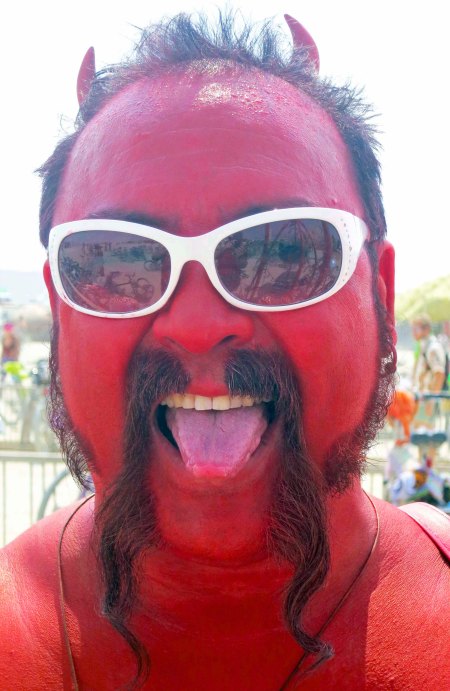 Small horns, red dye, and a magnificent mustache made for a magnificent devil. (One year, it seemed that half the women were wearing angel wings. ) 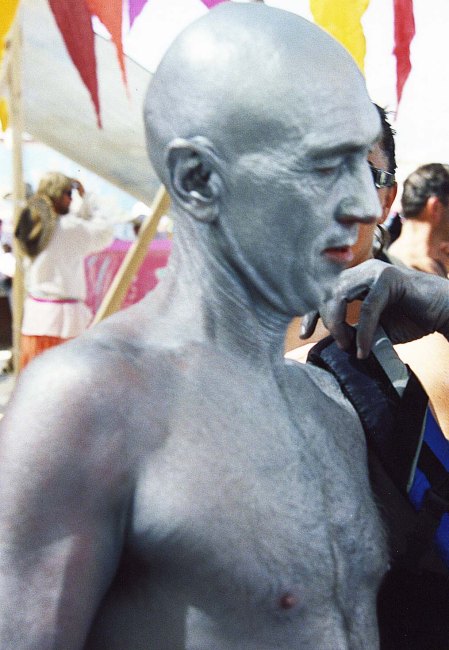 It always seems that one or two people select silver paint, and little else, as their costume. 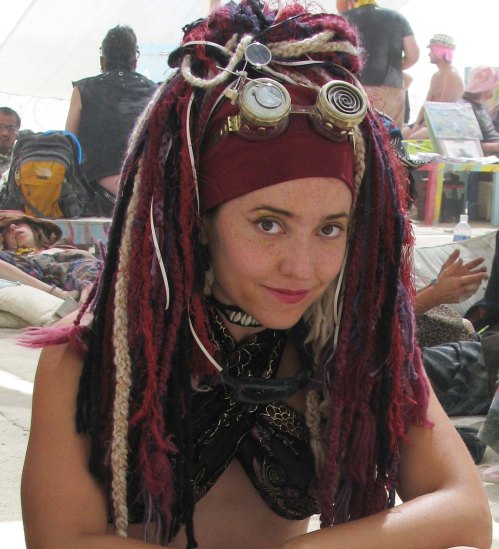 This exotic beauty has always been one of my favorites. 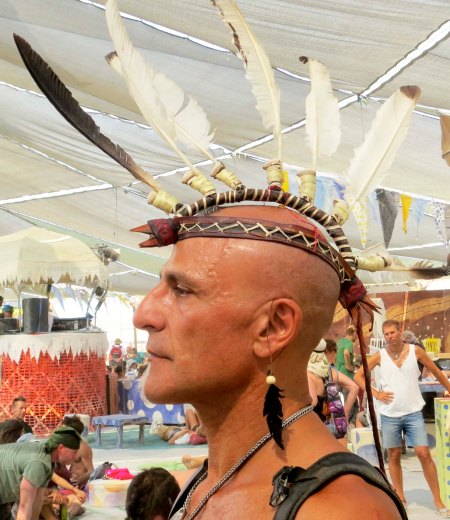 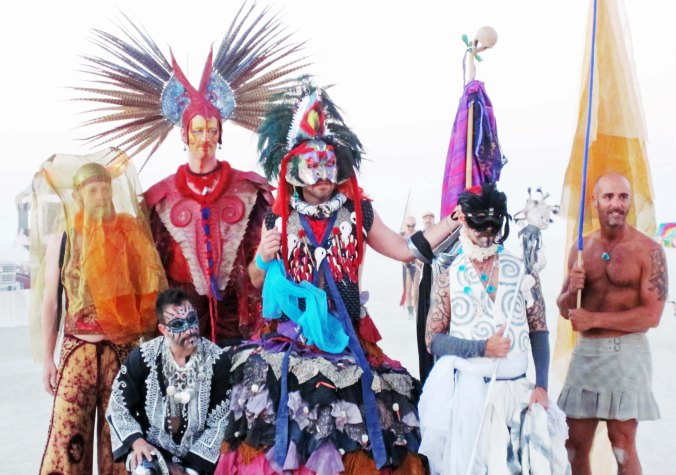 I’ll close with these elaborately costumed guys who would fit right into the Mardi Gras or Venice. NEXT BLOG: Mutant Vehicles

29 thoughts on “The Best of Burning Man: The Top Ten Series (4)… Costumes”