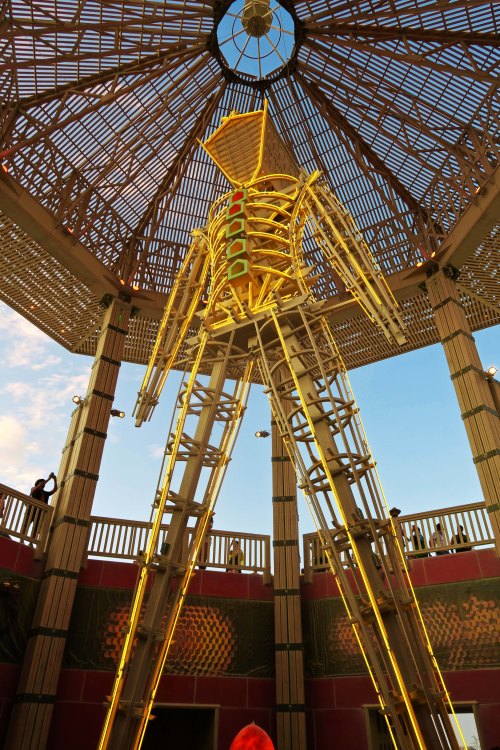 The Man, as far as I know, has always stood on his own at Burning Man. This year he was located in a structure called the Temple of the Golden Spike.

I’ve never seen the Man enclosed in a building before. This year was a first; it changed his look. The reason made sense. The theme was Radical Ritual and one of Burning Man’s longest rituals has been to choose the Man’s location first each year and then build everything else on the Playa and in Black Rock City around him. The organization starts with pounding a ‘golden spike’ into the ground where the Man will be located, thus the name of the structure: the Temple of the Golden Spike.  It came with a long golden spike on top. I found the setting rather attractive.

I stopped by to pay my respects to the Man several times this year: in the evening, the morning, the day, and the night. And, of course, I was there on Saturday evening, the night the Man traditionally burns in a ceremony that serves as a climax for the week-long festival. I’ll divide this post into two parts. The first will feature the Man during the week; the second, which I will put up on Saturday, will focus on burn night.

I made my first trip out to the Man when I arrived on Wednesday evening. The sun had just set. The tower on top represents the ‘golden spike’ that Burning Man pounds into the ground to serve as the central point from which Black Rock City is planned each year.

Here, the Man peers out from the second story of the structure. 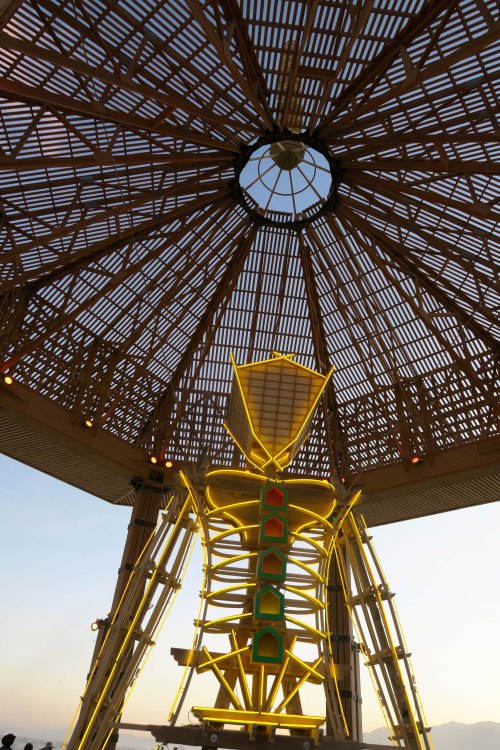 Or admire him from the second floor, which also provided views of the Playa, Black Rock City and the desert. 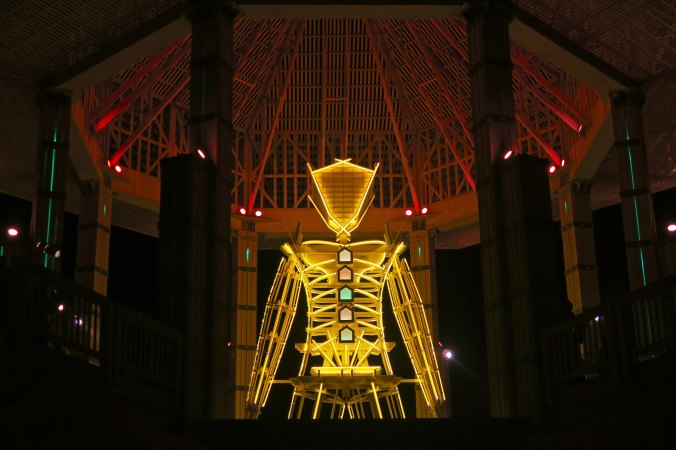 Another shot of the Man from outside the Temple. He’s come a long way from when he was first burned in San Francisco on Baker Beach in 1986. 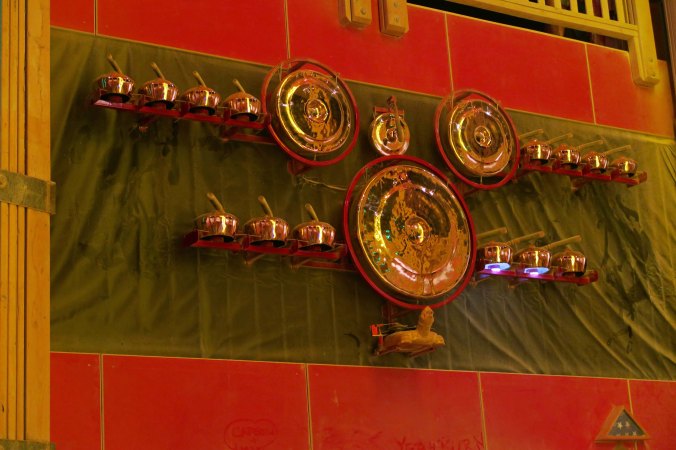 Gongs inside the temple provided a meditative sound.

Visiting hours are closed as of Saturday when crews load the Man and structure up with fireworks in preparation for the Saturday night burn.