The fun of going on a walkabout at Burning Man is that you never know what will come up next, such as King Kong wearing a tutu…

I am about to wrap up my series on Burning Man 2015 so I thought I’d take you on a walkabout tour of Black Rock City. It gives me a chance to slip in the photos I liked but couldn’t fit into the stories I was telling. This post and my next will primarily be photo essays. My final blog will be on the celebration surrounding the Burning of the Man.

This jet was hosting a DJ.

Dancing and music are an integral part of Burning Man. The event attracts some of the top DJs in the world. They spin their tunes for free at Burning Man. The size of the speakers equates with the loudness of the music. The major dance venues are relegated to the outer limits of Black Rock City, which is a good thing. 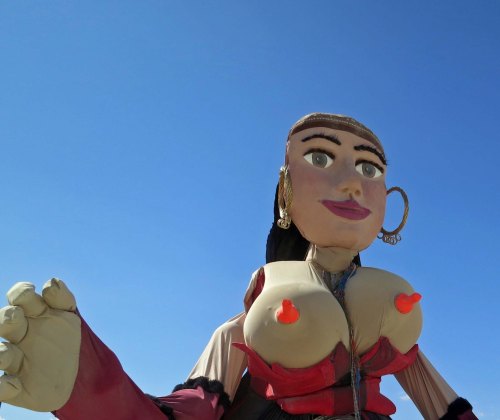 As did this, um, bounteous beauty. 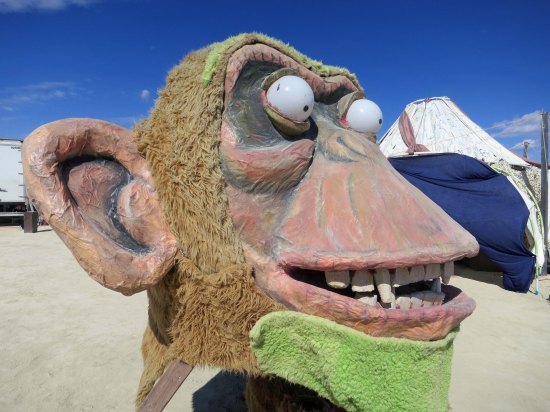 I caught this guy ogling  her. 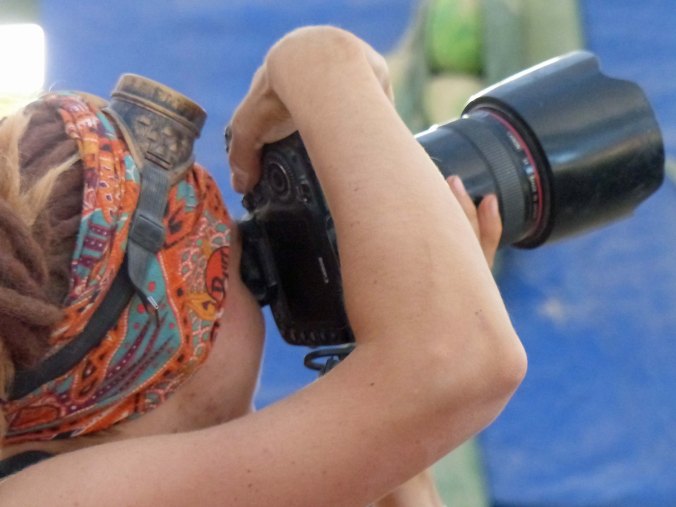 Several million photos are taken at Burning Man each year and this is how we photographers like to view ourselves with fancy equipment, standing tall. Note the professional handling of the camera. 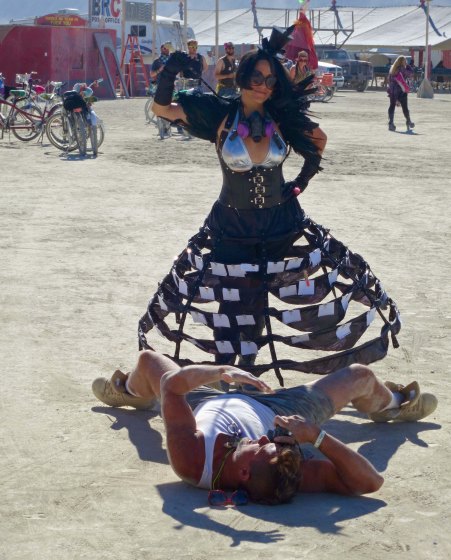 This is more the reality… lying in the dirt, posed under a woman with a whip.

Or butt up in the air while eating Playa dust… all for the sake of art.

I prefer my models posed on the same level I am. Being a nature lover, I couldn’t resist these collar wearing rabbits. Or are they supposed to be bunnies? 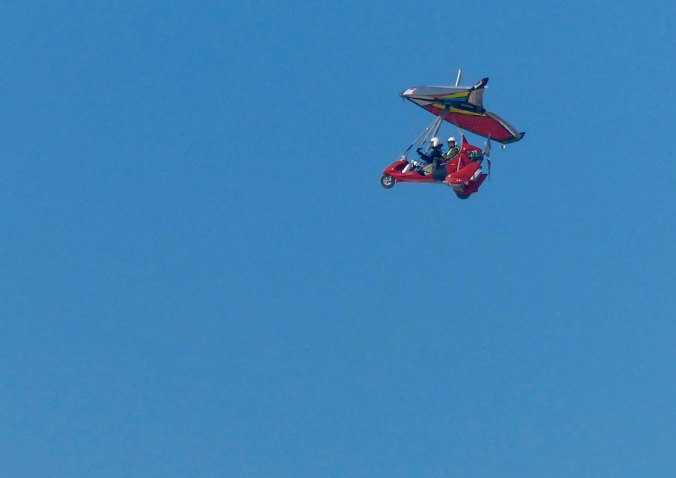 It always pays to look up. You never know what may be up in the air, such as this flying motorcycle. (Photo by Don Green.) 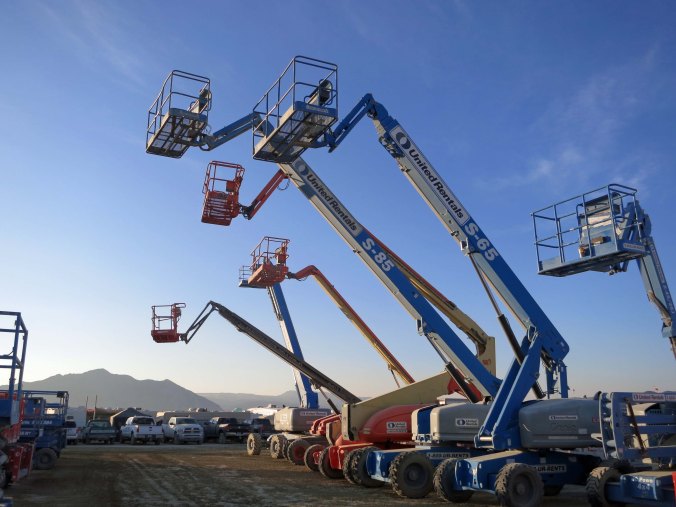 This heavy equipment was up in the air as well. Now you know how all of the large sculptures and buildings are put up.

This is another way the equipment was used. The large block is being raised into the air to toss a burning piano that is affixed to the other end of the tower. I’ve included a video by Don Green of the toss as my final entry of the day. NEXT BLOG: We will continue our walkabout tour of Black Rock City.