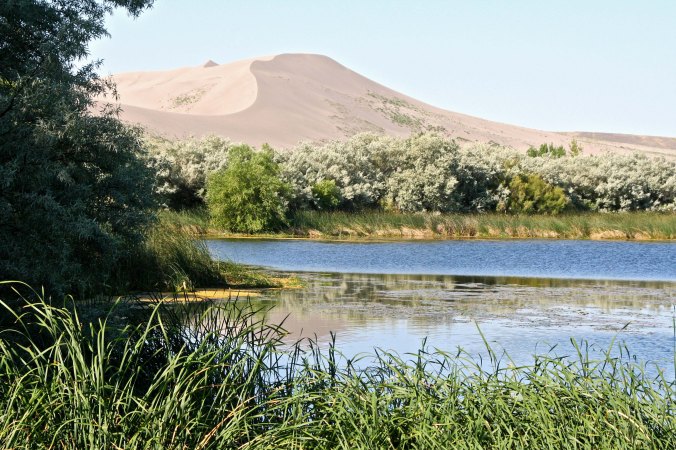 Peggy and I discovered Bruneau Dunes State Park after we had been up in Central Idaho admiring the Sawtooth Mountains.

It’s Wednesday. That means I let my fingers do the walking down through my 20,000 pictures to come up with today’s photo essay. I closed my eyes, scrolled down through iPhoto, and randomly stopped.

I landed on Bruneau Dunes State Park in southwestern Idaho. It’s a gem. Driving south on Idaho 51 heading toward Elko, Nevada, Peggy and I found the park pretty much the same way I found it on iPhoto— randomly. This 4800 acre state park features sand dunes and a small lake that gives the area an oasis feel. It’s noted for having the tallest single-structured sand dune in North America— 470 feet above the surrounding desert. (Photos by Curtis and Peggy Mekemson.) 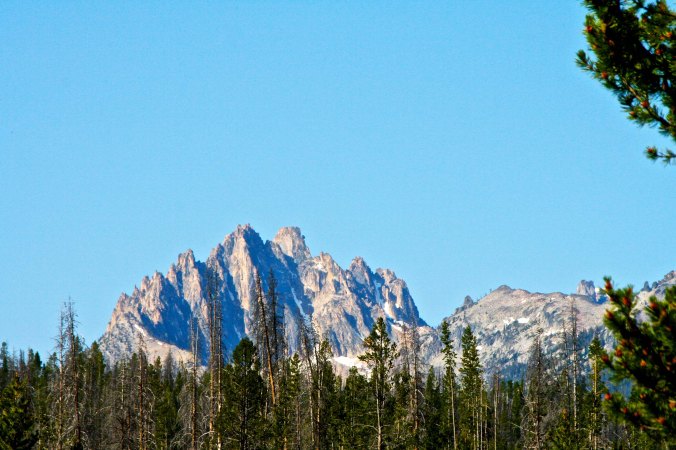 Peggy and I had been up in central Idaho admiring the Sawtooth Mountains and were on our way to Nevada when we found Bruneau Dunes State Park. 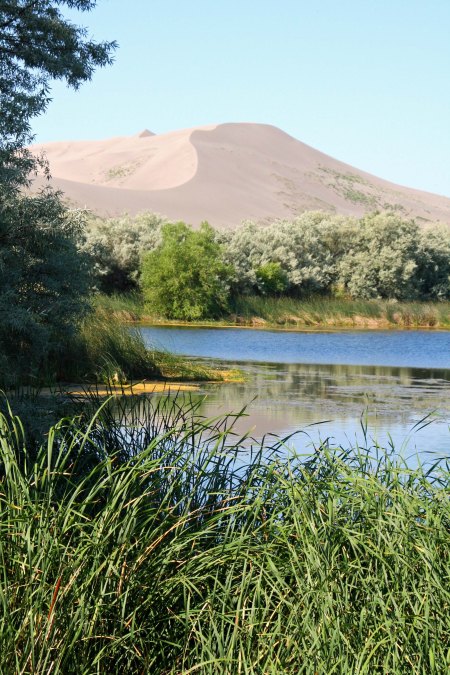 The small lake backed up by the 470 high dune gives the area an oasis feel. 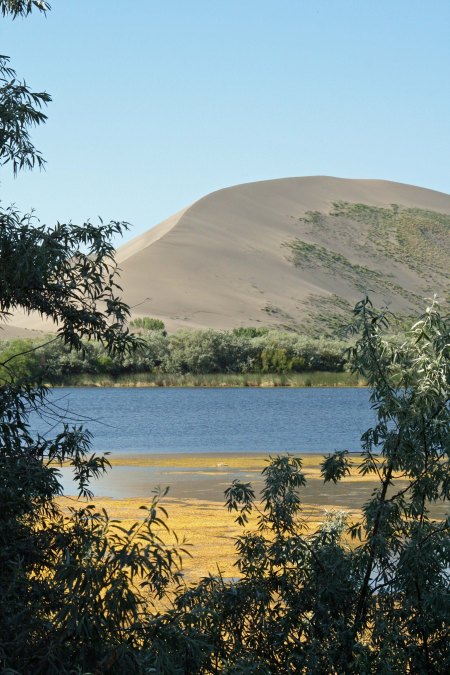 Moving around the lake provided different perspectives on the dune. 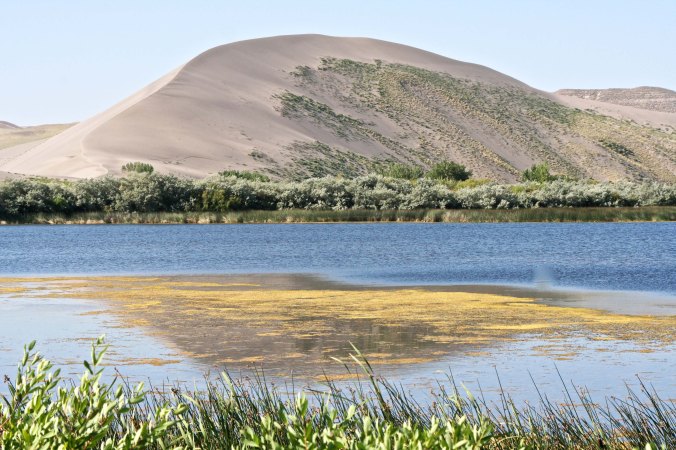 This view provided a reflection. 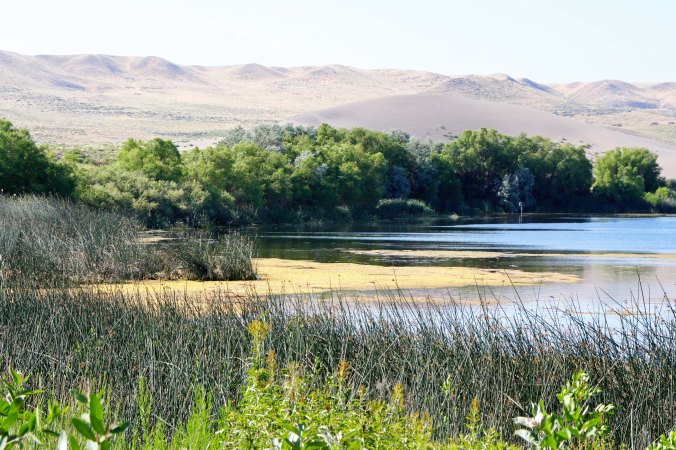 A view focused on the lake. 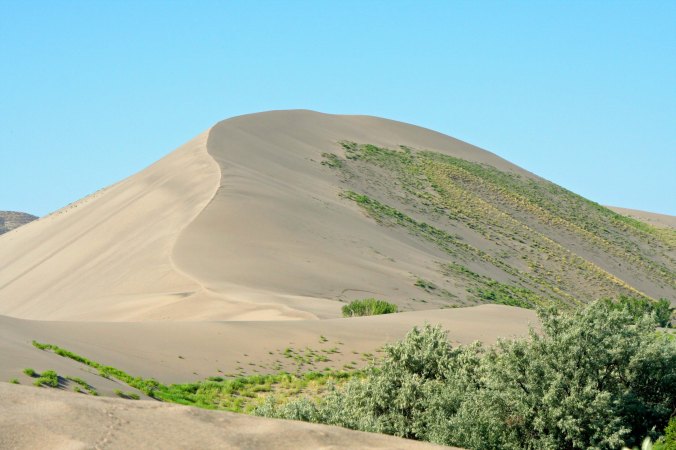 Having hiked to the opposite side of the lake, we were rewarded with a closer view of the dune. 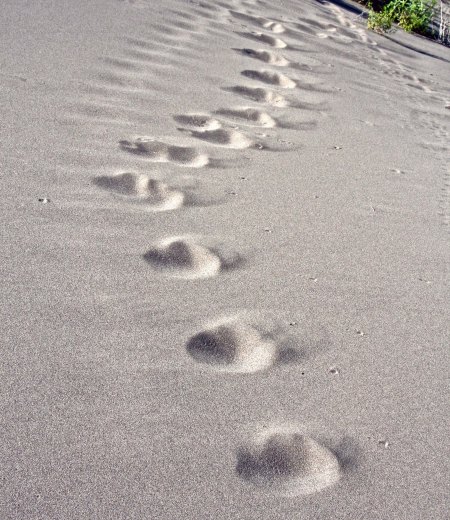 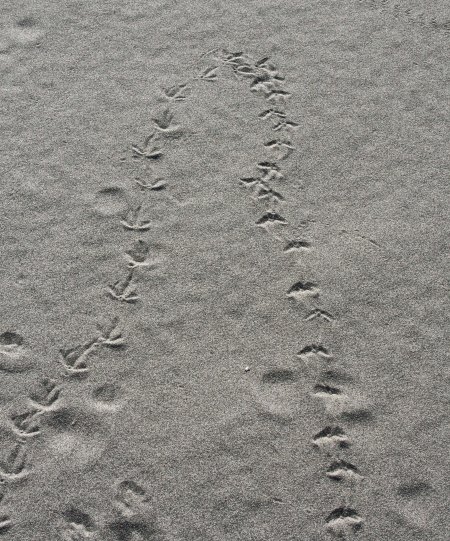 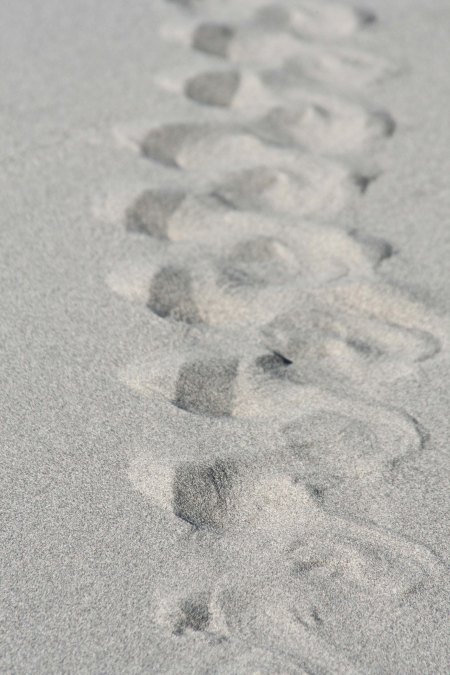 Your guess. I am thinking sidewinder rattlesnake. 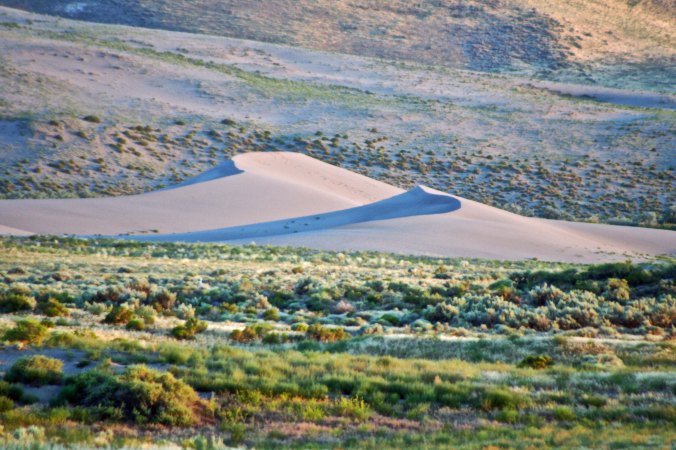 Later in the day, the dunes took on an almost purple tint as the sun went down.

I liked the sage and other shrubs in this photo caught in the glow of the late afternoon sun. 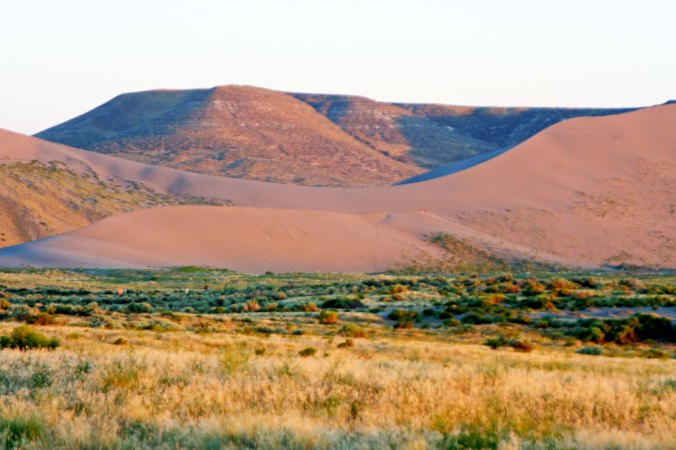 The sun was almost down. 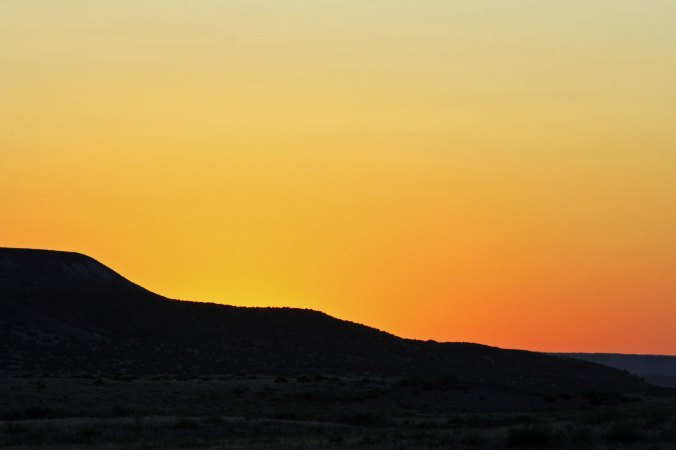