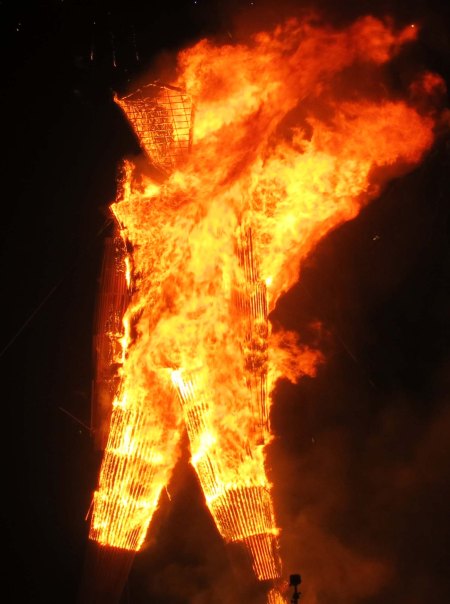 The Man goes to his fiery demise. Like the Phoenix, he will rise again.

At an event called Burning Man, you would expect to see the Man burn. And he does— in a spectacular fashion. It is almost worth the price of a ticket itself. But the Man is only one of many things that burn, including the Temple.

As to why they are burned, my understanding is that the burns represent the impermanence of life; don’t get attached to worldly goods. The Man goes beyond this, however, and behaves like the Phoenix. He goes up in flames at the end of Burning Man and is born again the next year. Hmmm.

Burning the Temple also has an extended meaning. The thousands of messages left for loved ones who have passed on go up in flames and are released to the heavens.

Beyond these reasons, there is a certain beauty and danger to fire that draws us to it like moths to flame. Great drama accompanies burns. Small fires grow to conflagrations. Mini-tornadoes whirl off like dancing dervishes. Burners hold their breath waiting for structures to crash to the ground. Shiva is at work.

Fireworks often accompany the burns and a whole show (including hundreds of fire dancers and drummers) accompanies the burning of the Man.

The Man, with arms raised, welcomes Burners to the night of his burn.

A fireworks show always precedes and often accompanies the burning of the Man. You’d think it was Fourth of July. 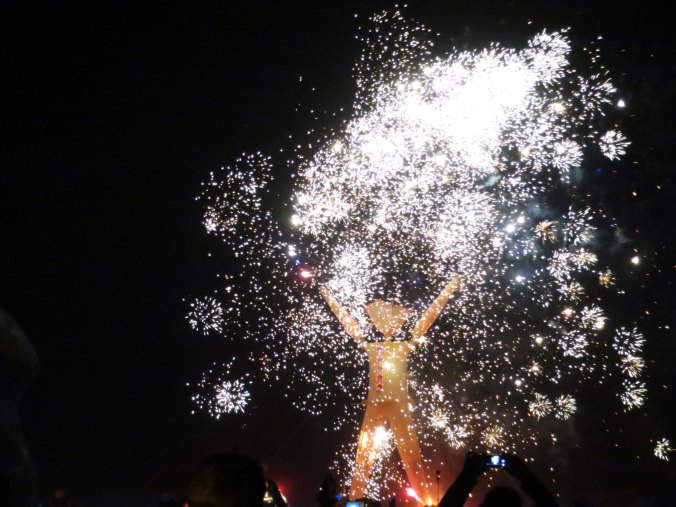 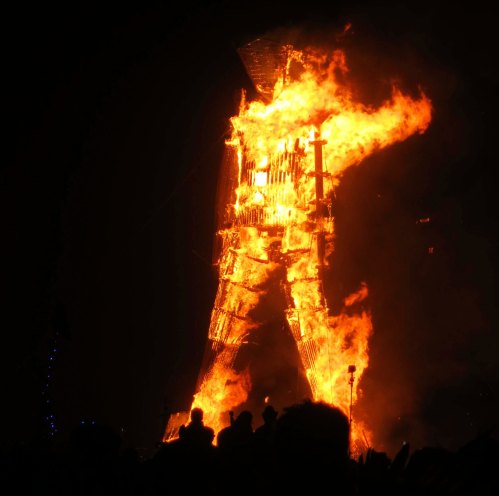 Sometimes the Man burns quickly. Other times he may take an hour or longer.

As the end approaches, Burners wait expectantly and raise their arms in salute. The mutant vehicle, El Pulpo Mechanico, looks on.

Many things burn at Burning Man. In 2012 the New Mexico regional Burning Man group brought Kokopelli to the Playa. He seemed to be celebrating the flames with his flute. Thoughts of Nero fiddling while Rome burned come to mind.

The New Orleans regional group brought an effigy of the Baby King that shows up in cakes at Mardi Gras time. 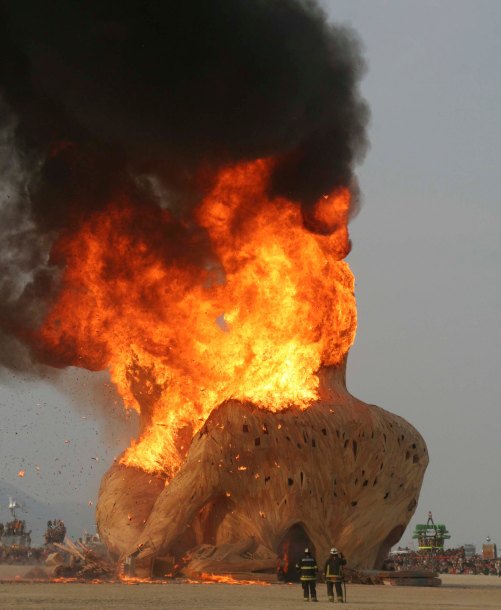 Turn into conflagrations. (A pair of firemen get a close up view.)

And send dust devils whirling off. 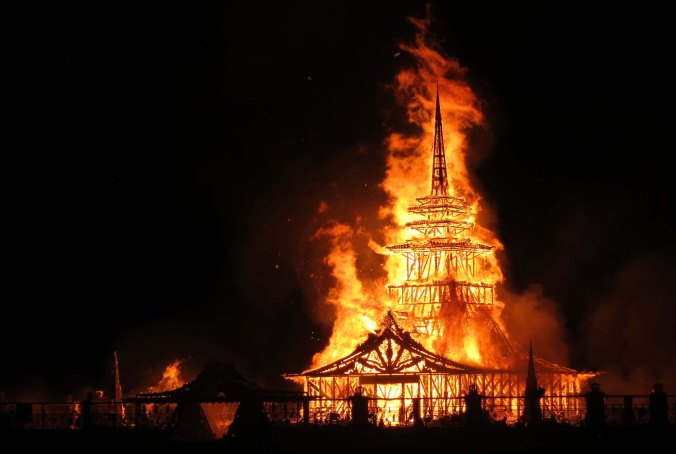 The Temple burns on Sunday night. Unlike the Burning of the Man, which can be a bit on the rowdy side, Burners watch silently and respectfully as the Temple burns. NEXT BLOG: I am off to Portland this weekend for the Press-Publish conference of Word Press. I will report on the event next week.

29 thoughts on “The Best of Burning Man Series: Conclusion… Things That Burn”