A photo of the shade structure over the Sacred Spaces building at Burning Man.

Important. 1) These are from my perspective. Other people will have different points of view. 2) I never see everything that is available to see at Burning Man. There is simply too much. So it’s quite possible that I have missed some really great things. My apologies. 3) I missed 2011. 4) These photos are not in order of choice. That is beyond me. (Grin)

You could easily spend the seven days of Burning Man walking up and down the streets of Black Rock City and looking at what Burners and tribes have chosen to build. There are the major structures like Center Camp Café and what you might find along the Esplanade, Burning Man’s major thoroughfare, but these are only the beginning.

A number of structures built as art and/or theme pieces are also found out on the Playa.

In this particular post, I don’t intend to do a top ten. Instead I will provide you with a sample of what you might expect to see. Remember: these are structures that are only meant to last the seven days of Burning Man. Afterwards, they come down. Some, out on the Playa, are turned into spectacular fires.

A number of impressive buildings including the Sacred Spaces building are found along the Esplanade at Burning Man.

Another of my favorite buildings along the Esplanade. Note the matching mutant vehicle on the right. 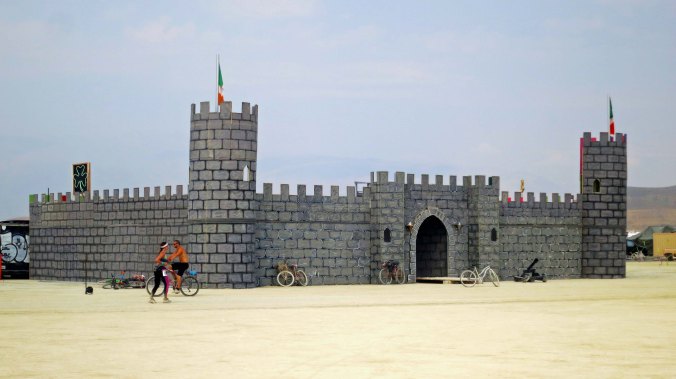 This tribe or camp chose to build a castle on the Esplanade as a dancing venue.

This small ‘city,’ the Mega Mart, was built out on the Playa. Like all urban areas, it had a graffiti problem. It was destined to be burned. 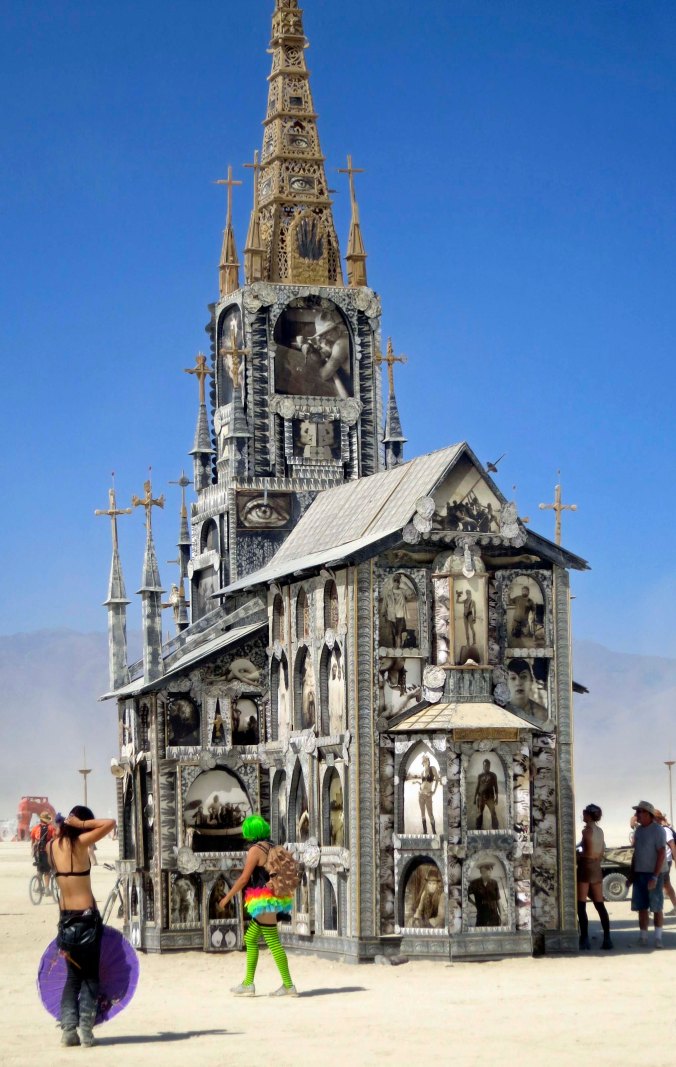 A cathedral was also built out on the Playa. 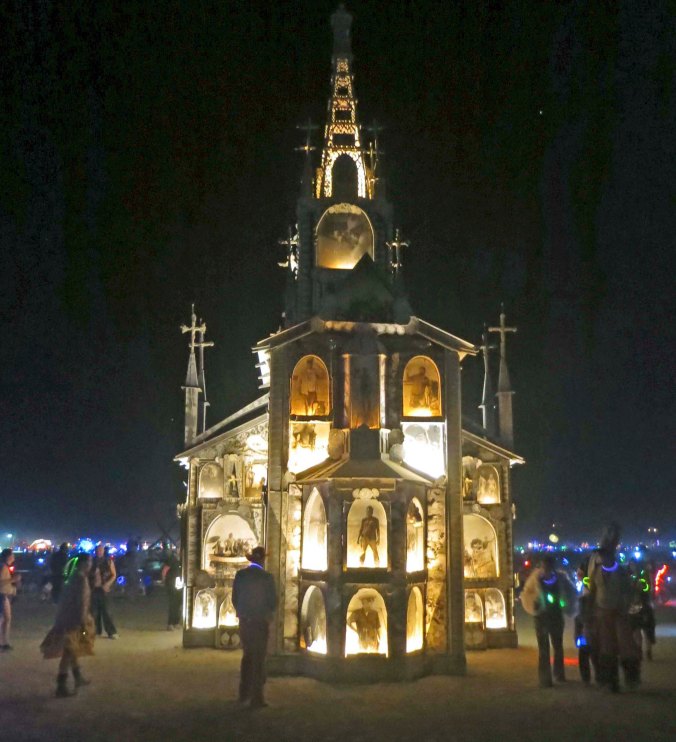 The cathedral at night.

On a more humorous note, the Bird Trap Church.

This mega-church was built by a Burner who wanted to get married in Black Rock City. 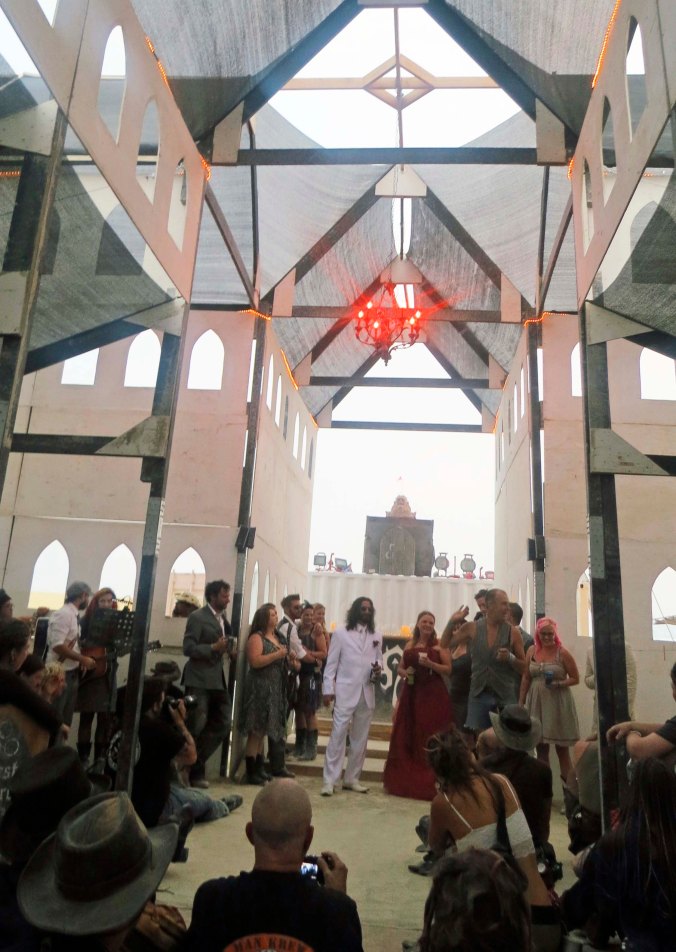 We attended the wedding.

Another realistic and impressive Black Rock City structure built to last a week.

Another one of my favorites, a bar on wheels. You never knew where it might show up on the Playa, but it was always good for a free drink. NEXT BLOG: A break from Burning Man: My book, The Bush Devil Ate Sam is now out and available as an eBook and in printed form. I’ll share the details on where to get a copy.

25 thoughts on “The Best of Burning Man: The Top Ten Series (#6)… The Buildings of Black Rock City”