As Diamond Peak came into view, I realized that our trip was nearing its end.

I had thought that things couldn’t get much stranger in the world of travertine rock formations as we left Pumpkin Springs behind, but the Colorado River had a few surprises left for us as we neared the end of our 18 day journey down the Colorado River through the Grand Canyon.

First up was a delightful side canyon we climbed up where we bathed— and showered, in the refreshing water of Travertine Canyon. This was a part of the Hualapai Tribe reservation and the Native Americans had built a convenient rope ladder for access.

A view of the ladder we would be expected to climb. But first we had to rope up to get down to the ladder! 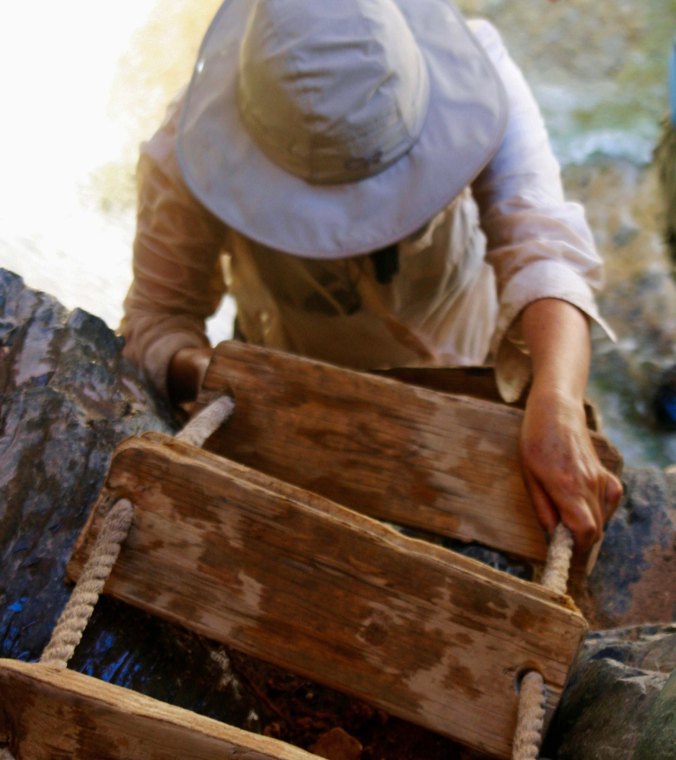 Peggy makes her way up the ladder! 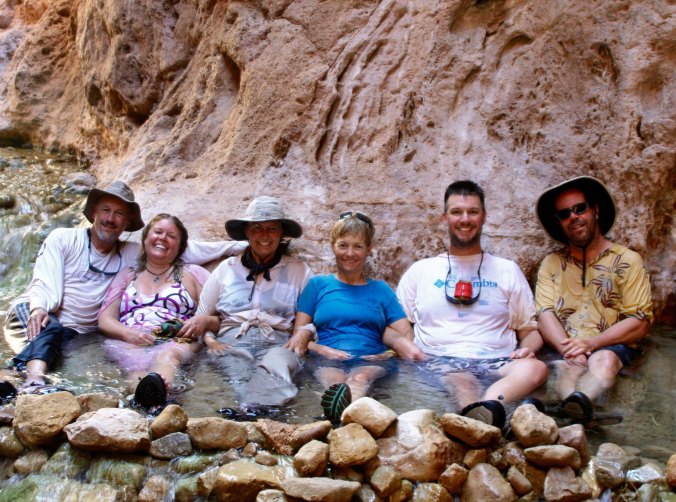 The journey had its rewards!

And everyone took advantage of the shower…. 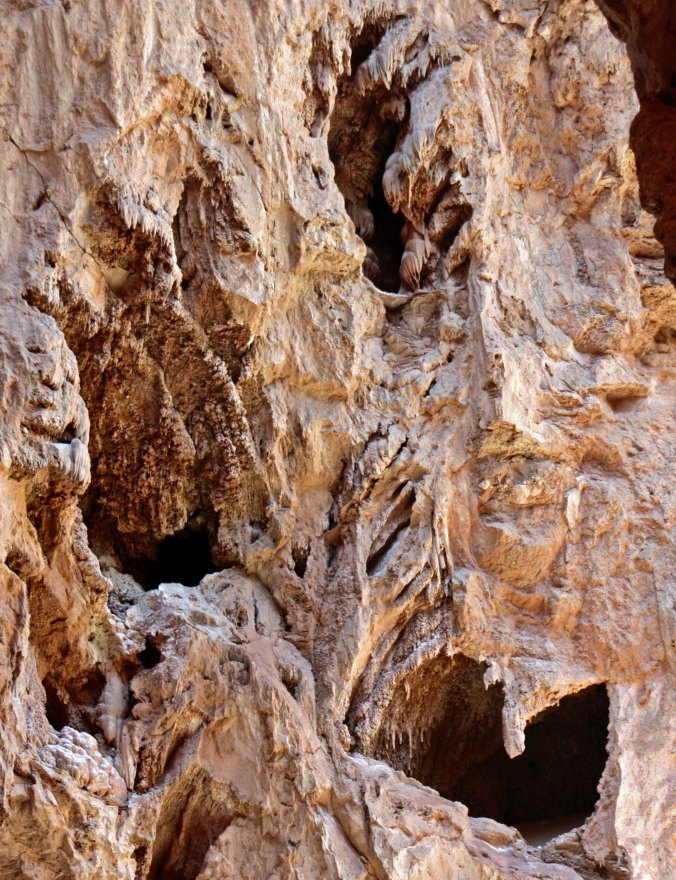 There were also some interesting rock formations in the cavern.

This close up suggests a throat and tonsils. (Photo by Don Green.)

Not much farther down the river we came on an even stranger travertine formation, a waterfall made of rock! 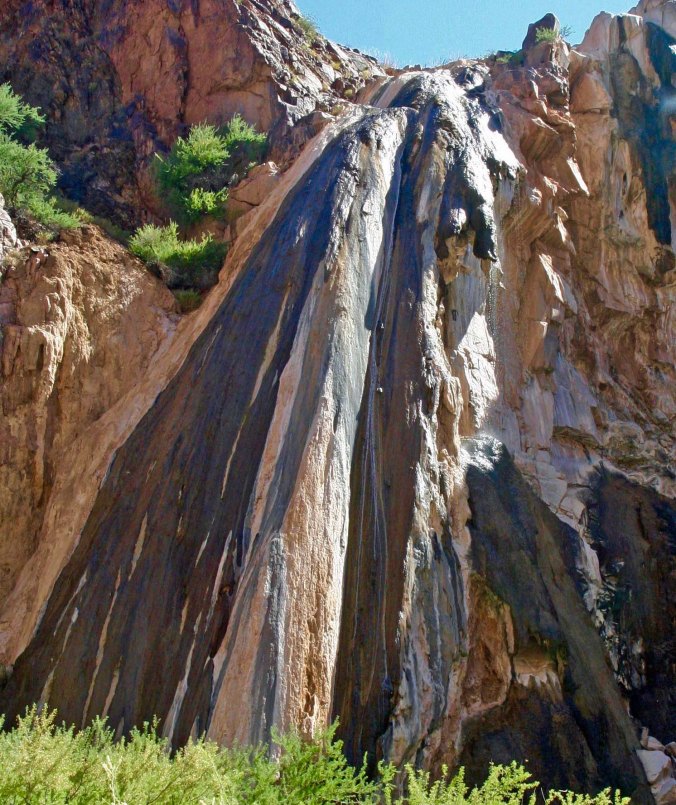 This 100 foot plus rock waterfall was created by water from a mineral laden spring. 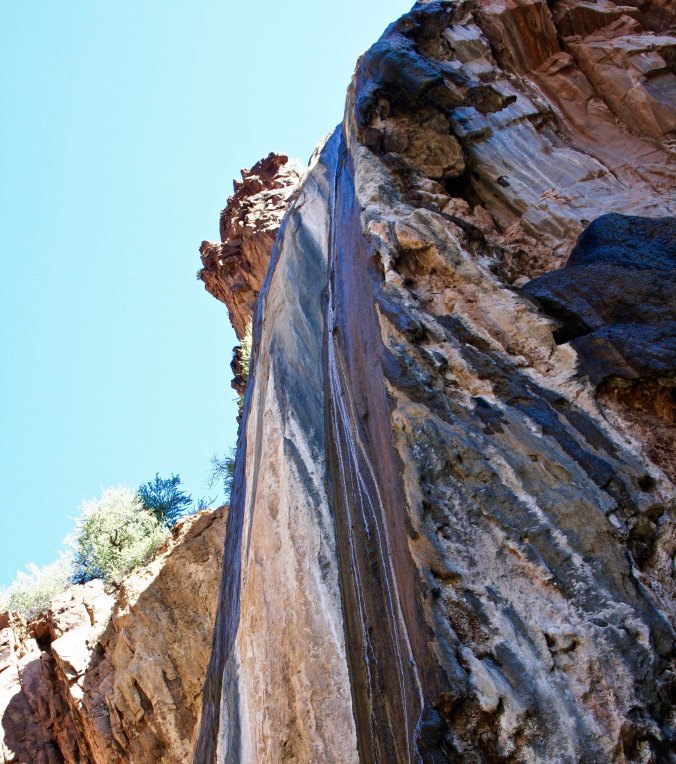 A view or Travertine Falls looking up. 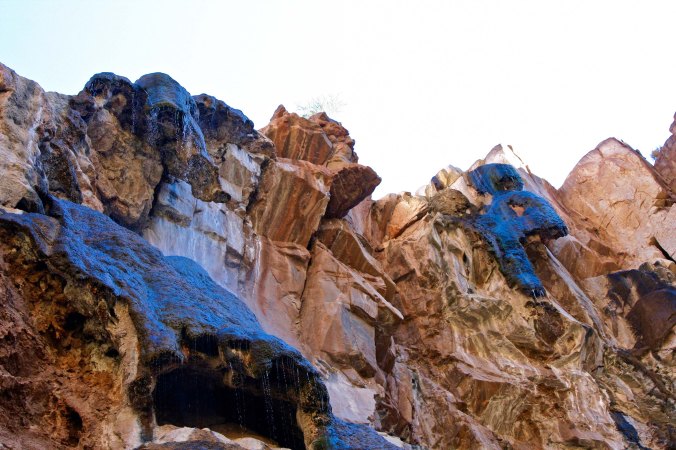 And another. I found the jumble of colors and rock types quite interesting. 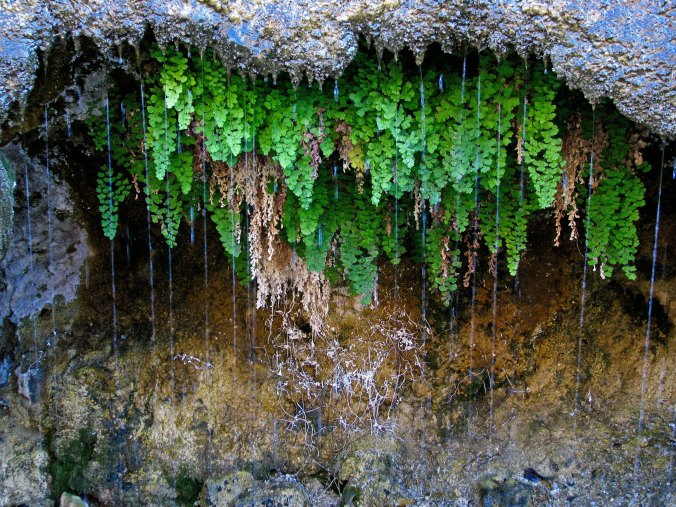 Small nooks and crannies also held treasures, such as these ferns. (Photo by Don Green.)

I’ll finish today’s post with a few more photos taken as we rafted down the river. 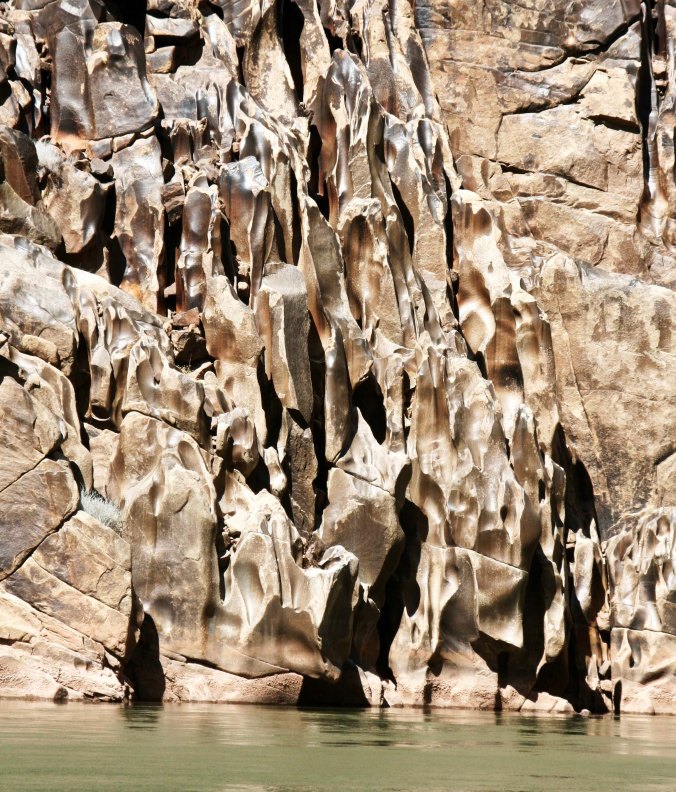 This rock formation shows the impact of erosion.

A final view of the river for today. Next Monday, we will wrap up our journey down the Colorado.

WEDNESDAY’S POST: Patterns in nature. A close up look at Kodiak Island.

FRIDAY’S POST: Is it possible to find true love when watching an instruction film on what to do when the atom bomb drops on your school.

38 thoughts on “A Waterfall Made of Rock! …Rafting down the Colorado River through the Grand Canyon”