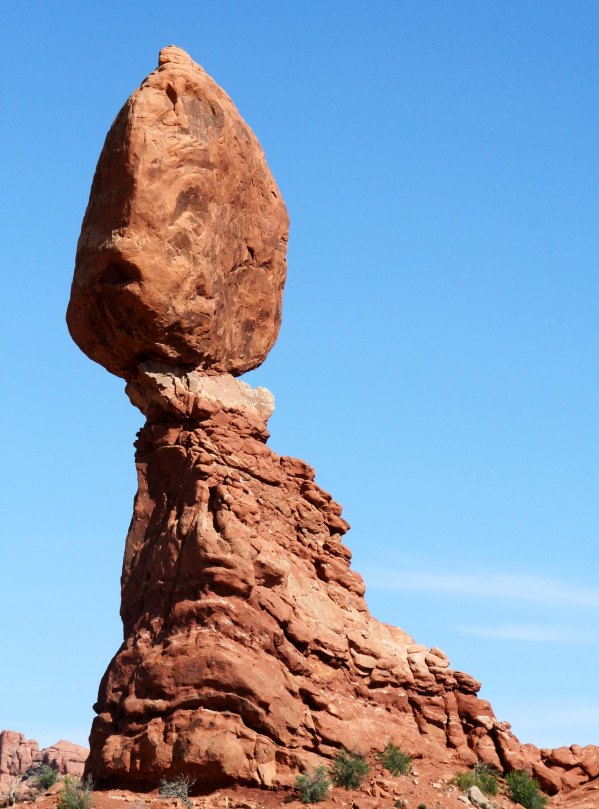 Balanced Rock is one of the best known rock sculptures in Arches National Park. The cracked mudstone underneath it makes me wonder about how long it will last.

Ever have that feeling that you are teetering on the edge? What if you weighed 3,600 tons and stood 128 feet up in the air while you teetered? That’s the case of Balanced Rock, one of the most iconic rock sculptures of Arches National Park in Utah. Actually, the rock owes more to the super-glue mudstone that attaches the sculpture to its base than any super-power balancing capabilities. Someday, it will come crashing down, but until then, it is there to admire and astound.

And a closer look.

In terms of balance, I found this rock more talented. It lacks the glue-like mudstone and appears to be sliding off of its pedestal.

As the buried layers of salt that I mentioned in my last post work upward, it leads to parallel cracks in the sandstone above that eventually erode away leaving long fins, from which arches, balanced rocks and other rock formations of Arches National Park are created. The most impressive fin to me, Park Avenue, greets visitors on their way into the park. If you’ve ever walked down Park Avenue in New York City, you know it is lined by sky scrapers. That’s what folks had in mind when they named this impressive formation. 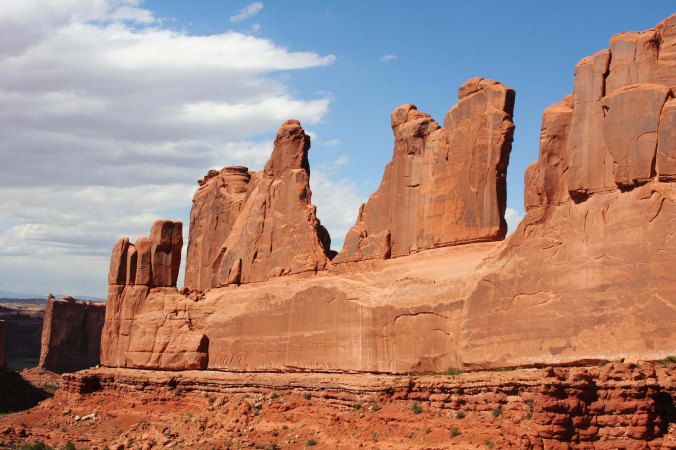 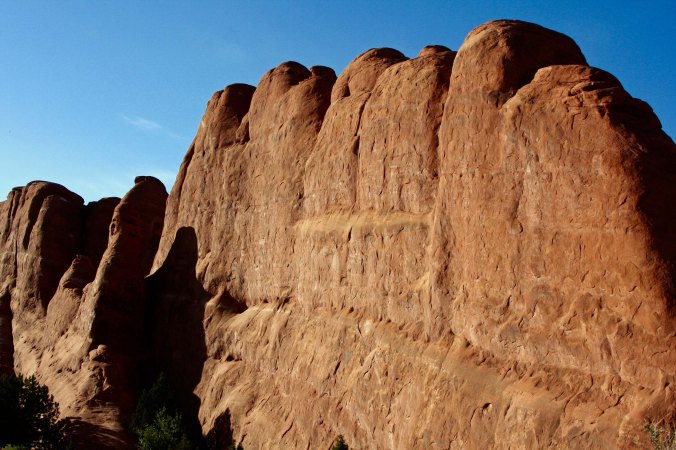 This fin shows the beginning of the erosion process.

And here, a number of fins reflect the parallel cracking of the sandstone.

Still a fin but with a different erosion look caused by thinner layers of sandstone..

And to conclude, here’s some more eye-candy from Arches National Park. 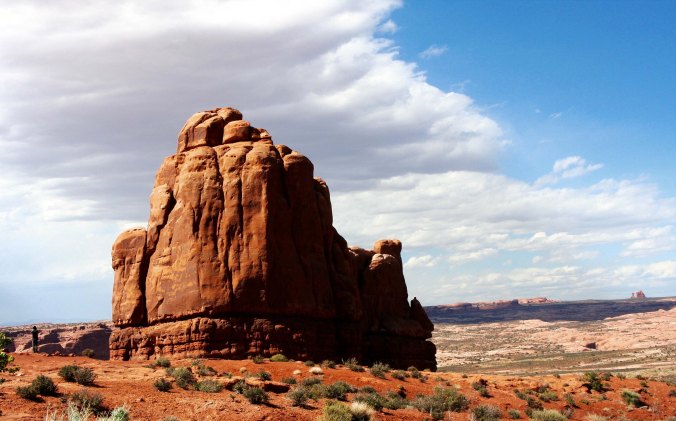 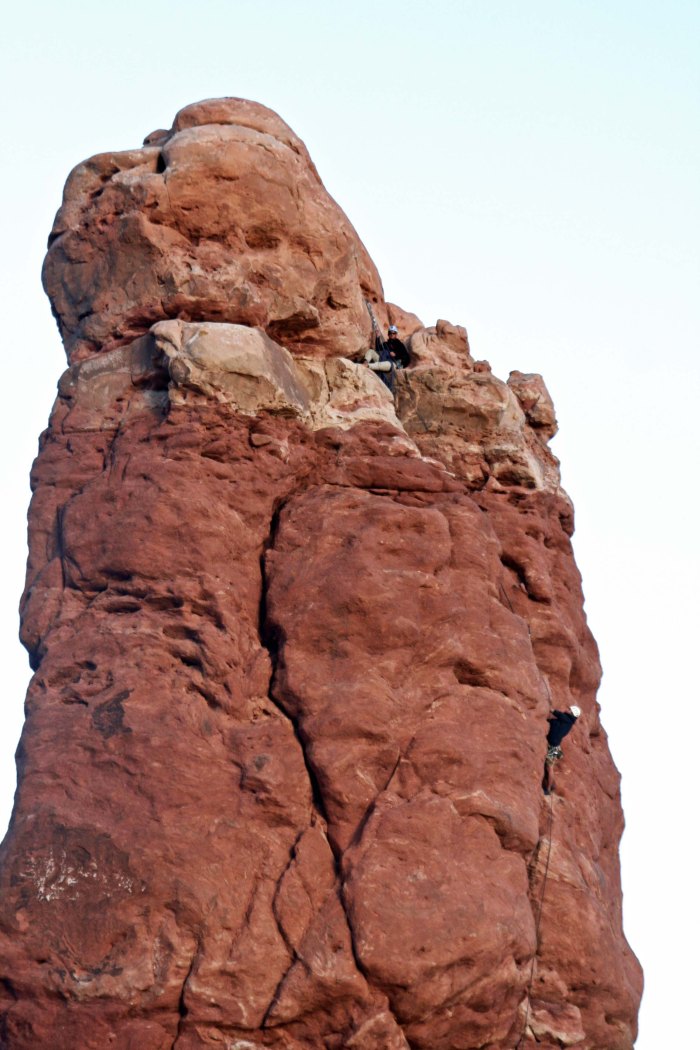 Note: All photos are taken by Curtis and Peggy Mekemson.