Woodland buffalo like this guy have become fairly common when driving through portions of the Yukon Territory. As noted in my last Alaska blog, Peggy and I took these photos two years ago when we drove the Alaska Highway in the summer.

The next day after my encounter with the Trooper (see here), I zipped down the Alaska Highway through the Yukon Territory to White Horse. With the exception of gigantic trucks on their way to the North Slope, I saw few other vehicles. Snow still covered the surrounding wilderness and the road was frozen solid. The annual migration of tourists traveling north was months away.

That night I chose to stay in a campground, preferring not to repeat my previous night’s experience. I also avoided wasting away in Margaritaville— instead I broke out the brownies.

As a going away present, some friends had given me a gallon Zip Lock bag of Alaska’s finest pot. At first sight, it might seem that they were involved in a criminal activity, but marijuana was legal in Alaska. You could grow your own and somebody had obviously grown a lot. Giving me the grass had been the Alaskan equivalent of sending me off with a bottle of 25-year-old single malt Scotch whiskey, or several bottles.

In honor of lung health, I promised not to smoke it. I practiced my baking techniques on my last night at my friend’s house. The cat, the two dogs and I tested the results. It was a mellow evening and the whole menagerie was allowed to sleep on the bed. We purred, wagged our tails, and had wild dreams.

Here’s some advice to the uninitiated that Alice B. Toklas didn’t provide: go easy on brownies. They have a way of sneaking up on you. The problem is physiological. Long before your body has done its job and processed the herb, you are thinking, ‘this stuff has absolutely zero impact, I should have stuck with wine.’ So you eat another brownie, and then another. By the time you realize the error of your ways, it’s too late and you are wacko.

Luckily, I had already been there, done that. I ate a small piece and waited patiently. Then I broke out an ounce of Swiss cheese. I was all moderation. Marijuana enhances flavor and encourages gluttony. I once watched a woman down a quart of ice cream in one sitting and demand more.

A friend had slipped me a fat letter to read on the way. I opened it as an option to eating the other 15 ounces of cheese. She had offered to pinch hit if my other Alaska relationship didn’t work out.

“We can run off to Mexico and open an orphanage for homeless children, Curt,” she had suggested. She was serious about the orphanage. It was a dream of hers. It made the suggestion of my staying home, writing, and raising one or two kids look like a ride on a merry-go-round. I had declined her generous proposal. The gist of the letter was that the offer was still open. 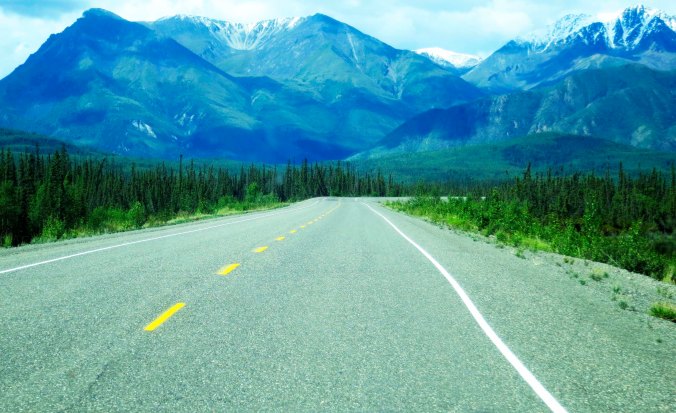 Sights along the Alaska Highway include towering mountains… 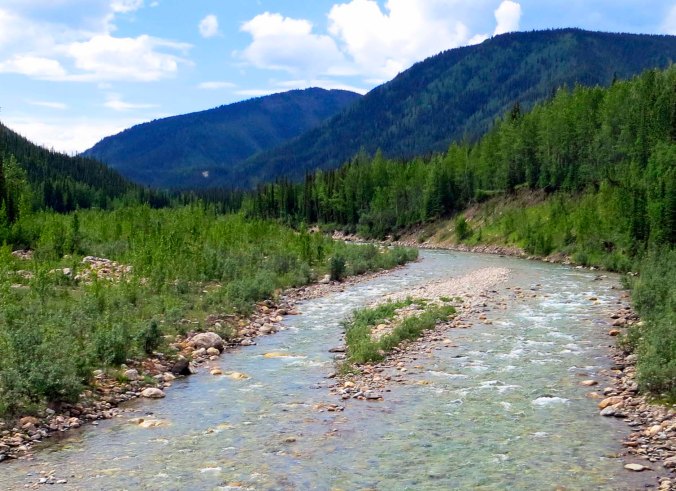 And this curious kid.

Five days later I drove into Sacramento. The grass was green and flowers were blooming even though a major flood had threatened the region in February. I planned on spending a few days visiting my father and some friends before taking off for the woods. As part of my itinerary I stopped by to see Jane Hagedorn at the Sacramento Lung Association. Jane is a fierce friend. Every time I had tried to escape, she had reeled me back in, frustrating my desire to become a happy wanderer by making me offers I couldn’t refuse.

I found my green grass in Sacramento. 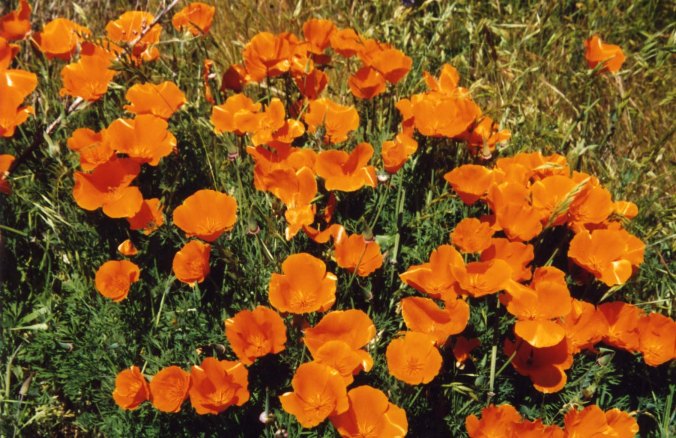 “You will come back to Sacramento and work for Lung when you are done playing,” she informed me and then dangled the Trek Program in front of me for bait. As I usually do, I tentatively agreed. It’s not wise to cross Jane. As I was leaving the Lung Building, I ran into Jerry Meral, the Executive Director of the Planning and Conservation League of California. Along with the Sierra Club, PCL is the main lobbying group for environmental groups in California.

“Curt,” Jerry said with his always-high level of enthusiasm, “I have a job for you.”

“I’m not looking for a job, Jerry,” had been my reply. “I am going backpacking for six months.”

Jerry, who is even worse than Jane at taking no for an answer, continued on, “But this job is perfect for you. I want you to work on raising California’s tobacco tax by five cents so we can use the money for buying parks.” I knew that Jerry and his crew at PCL had successfully done more at raising money for parks than anyone else in California and probably the world. If Jerry was behind the concept, it was legitimate.

“Interesting Jerry, but I am going backpacking.” I figured that took care of it.

I half nodded my head in agreement. So here I was, desperate to free myself from any major commitments, and already agreeing to think about taking on two significant tasks— one that was monumental. But they could wait. The next day, I was on my way to the Grand Canyon. And who knew what I would be doing in six months.

NEXT BLOG: The wilderness cure begins. It’s off to backpack the Grand Canyon via Death Valley and Las Vegas.

16 thoughts on “Escape from Alaska… Part II: The Friday Essay”