Vacation was two weeks away and I hadn’t made any plans. “Let’s go to Costa Rica,” I suggested to my wife, Peggy. “Why not,” she responded. Peggy is used to my procrastinating ways. Sometimes they even pay off.

I jumped on-line and lucked out. Costa Rica Expeditions had tours to fill at last-minute bargain basement prices. We could go to three great places for a cost we would normally pay for one. The company, by the way, did an excellent job.

Our itinerary included the Tortuga Lodge on the Atlantic Coast, Monteverde Lodge in Costa Rica’s central highlands, and La Leona Lodge on the edge of Corcovado National Park on the Pacific Coast. It was an ecotourist’s dream.

Today I am going to feature Corcovado, an area that National Geographic has described as “the most biological intense place on earth in terms of biodiversity.” The National Park is located on the Osa Peninsula in southwest Costa Rica. It teems with life including some 375 species of birds, 125 species of mammals, 500 species of trees and over 10,000 species of insects. The insects win.

We flew down from San Jose, Costa Rica’s capital, in a small 6-seater prop plane that skimmed over the country’s tropical-green mountains, jungles and rivers to a landing strip next to the small community of Carate. A one-horse cart was waiting to carry our bags to the La Leona Lodge. Guests are expected to make the 45-minute walk on their own. There are no roads. We strolled down the beach, waded in the ocean and enjoyed the scenery. 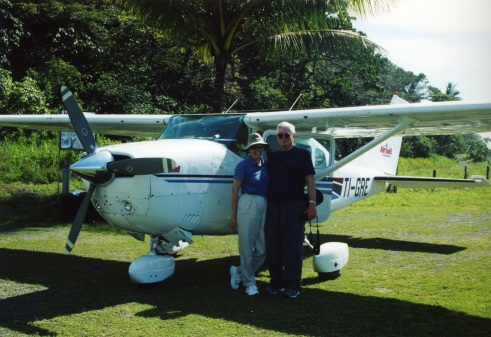 Peggy, I and the plane we flew in to Corcovado National Park.

A one-horse cart waited to carry our luggage. I can’t say the horse was particularly excited about the prospect.

La Leona features comfortable tent camping, great meals, miles of beaches and a fascinating tropical rainforest. Each tent has a porch facing the Pacific Ocean. Waves lull you to sleep at night and at least a dozen of the regions 375 species of birds wake you each morning.

We spent our days hiking along the coast with detours into the rainforest. We also took advantage of the hammocks the Lodge has strung under the palm trees next to the beach. In the evening we would sit on our porch and watch the waves roll in or enjoy a cold beer at the Lodges open-air bar.

Peggy and I spent hours exploring the deserted beaches of Corcovado.

At one point we came across an impressive bit of driftwood.

A Corcovado National Park ranger had gathered skulls of several park animals. A jaguar is on the left. The small human-like skull comes from a monkey. I believe the large smooth skulls are from dolphins… either that or aliens.

One time a troop of monkeys came swinging in through the trees and entertained us. Another time a boa constrictor went slithering by. All too soon, it was time to pack up our bags for the horse cart and walk back to the landing strip. We will return to La Leona Lodge and Corcovado National Park. 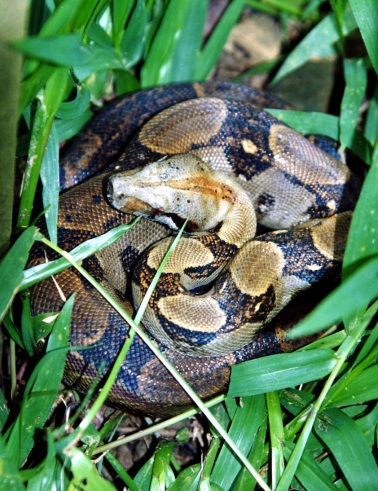 A boa came slithering through camp and then coiled up when I tried to take its photo. I kept plopping down about a foot in front of him trying to get an action shot and he became irritated. 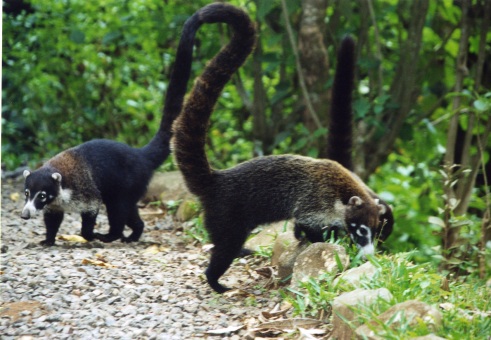 A pair of Coatis were more amenable to having their photo taken. I love the way their tails appear to be entwined. The tail of a third Coati can also be seen.

A final reason why you should add Corcovado National Park in Costa Rica to your bucket list.