Caldor Lumber Company was one of two major places of employment in Diamond Springs. My dad worked as an electrician for the company. Logs were brought into Caldor by train on a narrow gauge railway up until the early 50s. Note the size of the logs! (Photo from newspaper archives.)

I was fortunate early in life to have close Mexican-American friends and experience some of the richness of cross-cultural experiences. The strength of America has always been in the diversity of the people who have come here from all over the world with dreams of improving their lives. That they retain a bit of their ‘home-country’ is a strength, whether that home country is Ireland, or Mexico, or China, or Nigeria. The mixing of cultures has almost always been the dynamism that drives humanity’s great leaps leap forward, that leads us to question old ways, and helps us find new solutions to seemingly intractable problems.

My entry into the world of education also introduced me to a whole new set of friends. Up until that point in time, the kids I had hung out with had consisted of my brother and his buddies. We had roamed the country doing little boy things with me as a tag along. Mainly we got into mischief. I could look forward to a life of crime, or at least to becoming a world-class juvenile delinquent. I’m not sure that much changed during my first grade, but I started to make new friends. In the second grade, I became particularly close to Rudy (Raul) and Robert Rangel, a pair of Mexican-American brothers who lived in a small house in East Diamond Springs. 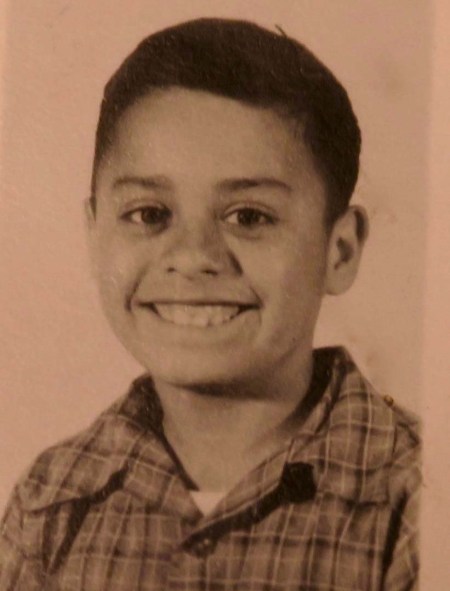 We hit it off immediately and on a Saturday toward the end of the school year, the boys and their parents had invited me up to their house to spend the night. It was my first official play date and my first ever sleep-over. I was nervous. My mother took me up and dropped me off to a royal greeting by the boys, their parents and their siblings.

“Quick, “the boys had urged,” We have to go stand by the railroad tracks.” We could hear the train’s whistle a mile or so out of town.

The tracks were part of a narrow-gauge railway used by Caldor Lumber Company to bring logs from its forest operation 30 miles up in the mountains to its lumber mill in Diamond Springs. The company had been established in the early 1900s and at first used mules for hauling the logs. It had then switched to oxen followed by a giant steam tractor. The tractor made so much noise that the company was required to use outriders a quarter of a mile in front and behind to warn people so their horses wouldn’t be spooked.

Understandably, the company soon switched to a narrow-gauge railway. The trains had recently been converted to diesel engines, a task my father had helped with as one of Caldor’s two electricians. Soon the railroad would lose out to logging trucks but, for the time being, little kids still had the joy of watching these massive engines and their long line of rail cars carrying large logs out of the forest. More to the point, the engineers on the train carried an ample supply of candies that they would distribute to the boys and girls standing along the track.

The train was near; we could now hear it chugging along. Rudy and Robert, their siblings and I sprinted the hundred or so yards over the tracks. I leaned over and put my ear to the track, a trick I had learned from the Lone Ranger and his side-kick, Tonto. You can actually hear the vibrations and supposedly judge how far away the train is. It was an important skill for early train robbers. I needn’t have bothered since the train came into view when my head was on the track. I’m sure the engineers saw me. I jumped back at the urging of my buddies and we started waving madly. One of the engineers dutifully leaned out of the cab and tossed us candy, lots of it. We scrambled around picking it up.

Since dinner was an hour or so off, I suggested that we head out to the woods behind Rudy and Robert’s house and ride trees. Who needed horses? My brother, Alan, Lee and I had learned that we could climb up to the top of young, skinny pines and make them sway back and forth by leaning way out. It offered a free carnival-like ride 10-15 feet up in the air. If the tree was skinny enough, we could actually make it bend all of the way down to the ground, where we would drop off and allow it to snap back up. I suspect the trees didn’t enjoy the experience nearly as much as we did.

“It’s dinner time!” came the call so we rushed back to the house and made use of an outside water faucet to semi-wash the pitch off our hands. It can be quite stubborn.

“You have to try this,” Rudy enthused, dashing into the house and coming out with a red pepper. I should have been suspicious when the rest of the family followed him outside. But what does a second grader know? I gamely bit into the pepper and was introduced to habanero-hot. The whole family roared as I made a mad sprint for the faucet and glued my mouth to it, becoming a major part of the evening’s entertainment. The Mexican food that followed more than made up for the joke, however. I’ve been a fan ever since. The hot pepper became a dim memory when it became time to go to bed.

All of the boys slept on the same one. The family didn’t have a lot of money and space was limited. Admittedly it was much bigger than my small single at home. And, as you may recall, I had a number of animal companions that slept with me outside to scare the ghosts away. But I had never slept in a bed with another person, much less 3 or 4, or maybe it was 10. That’s what it felt like. I was mortified, but I tried. I really did. Ten came and there I was, eyes wide open, staring at the ceiling, body frozen in place— and midnight, and two, and four. At 5:30, I gently nudged Robert.

“Ummm,” the half-awake Robert had moaned. I got up, dressed, and slipped out of the house, careful not to wake anyone else. It was close to dark, with only a dim light announcing the morning. Home wasn’t that far away, maybe a mile, but I still remember the journey as long and spooky. Halfway there, I passed Murphy’s grocery store. Sodas were stacked in wood boxes in front. I looked around furtively— nobody was around. I was totally alone. So, I helped myself to a Coke. I carefully hid it outside when I arrived home. It wouldn’t do to have overly inquisitive parents discover it and ask questions. I happily enjoyed it later in the day, feeling much less guilty about stealing  the soda than I did about abandoning my friends.

MONDAY’S POST: The Grand Canyon trip begins. I help paddle the raft to keep it floating downriver.  The headwinds were insisting that we go in the opposite direction.

WEDNESDAY’S POST: Part 1 of a new photo essay on driving the Alaska Highway.

FRIDAY’S POST: My cocker spaniel, Tickle, teaches me how to swim and other tales of the magical Pond.