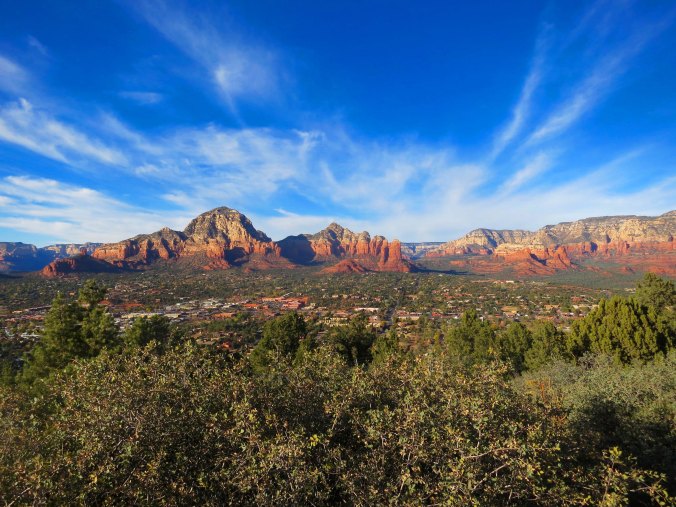 The town of Sedona (center photo) is surrounded by striking scenery. I took this picture from near the airport looking west.

It’s time again for the Wednesday Photo Essay. Today and next Wednesday, I will be featuring Sedona, Arizona.

I still remember the first time I followed Oak Creek Canyon down from Flagstaff, Arizona to Sedona. I had been up backpacking down in the Grand Canyon in 1986 and the side trip was something of an afterthought. I’d seen photos of the area’s striking red rocks and knew of the town’s New Age reputation. There were supposedly vortexes found there, psychic hot-spots that UFOs liked to visit. How could I resist? On the other hand, how could it possibly match my experience in the Canyon? Would I be disappointed?

The answer is a firm no; the detour was different— but very worthwhile.

I’ve been back several times since. The beauty of the red rocks calls to me and I find the New Age character of its inhabitants both interesting and amusing. I read recently that there are 176 New Age-oriented businesses in Sedona. I doubt that any other community in the world can claim such a concentration. The Age of Aquarius is alive and well! 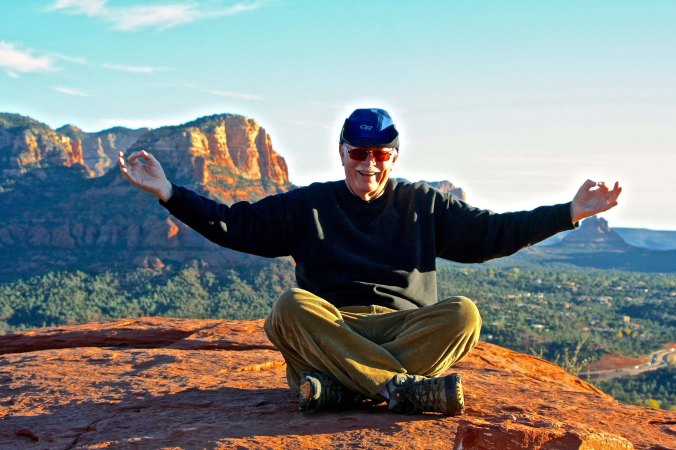 Ommm. Here I am, sitting on a red rock vortex point below the Sedona airport practicing my meditation technique and waiting for a UFO. A heretofore unnoticed aura is wrapped around my head. Grin. (Photo by Peggy Mekemson.)

My last visit was three years ago when Peggy and I visited for a week in November along with our friends Ken and Leslie Lake. The pictures from this and next week’s Wednesday photo essays are from that trip. Today’s will be mainly from the east side of town. Next week I will post photos from the west side including a hike up Boynton Canyon. Enjoy. 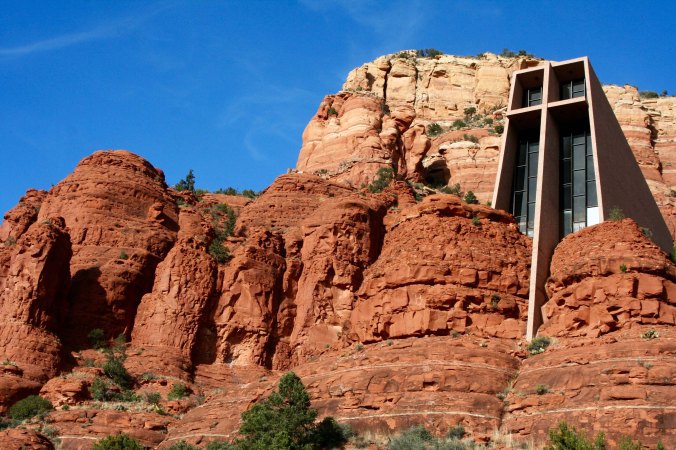 One of Sedona’s most famous sites is the Chapel of the Holy Cross. (Photo by Peggy Mekemson.) 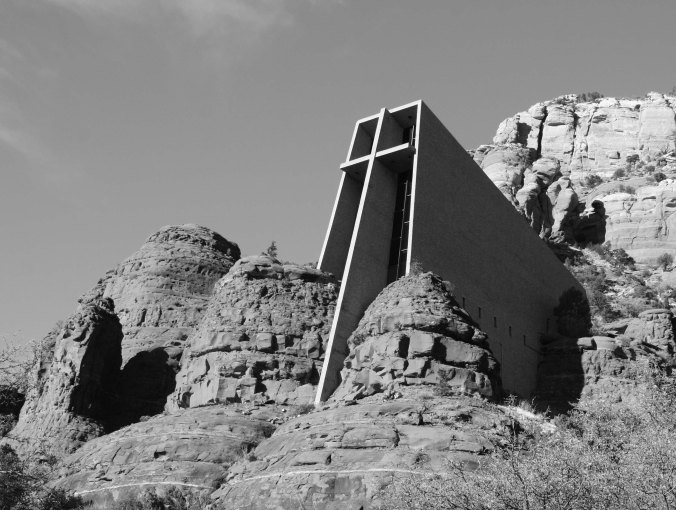 I decided that the chapel and its surroundings would do well as a black and white photo. 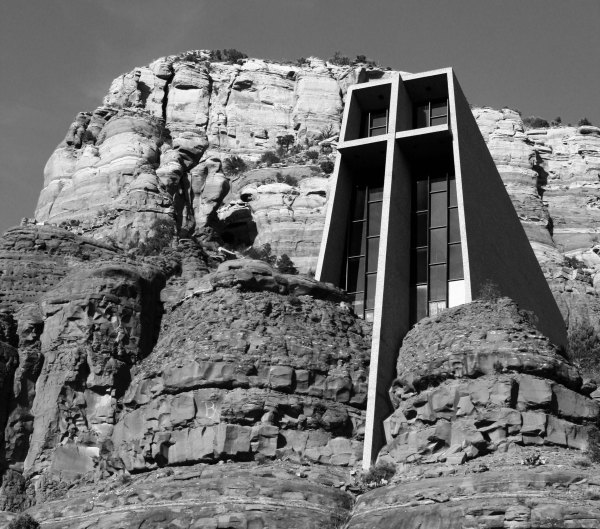 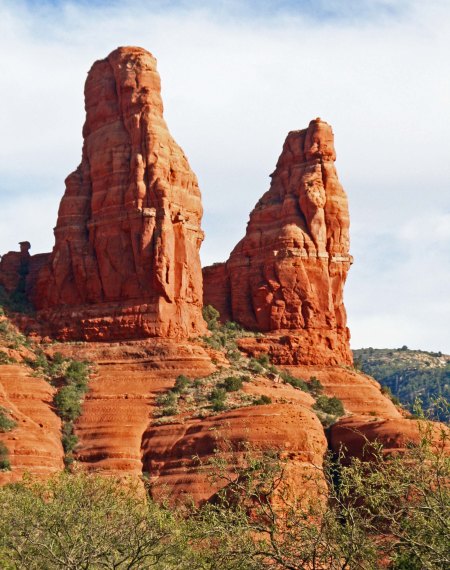 These striking rocks are located east of the chapel. We took several photos. This one was by Peggy. I think this pair is known as the Two Nuns. 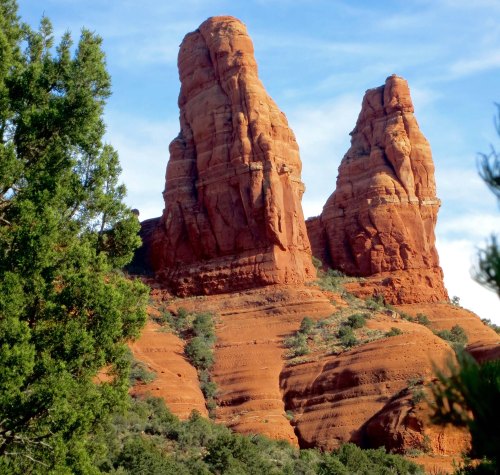 I added a tree for contrast. 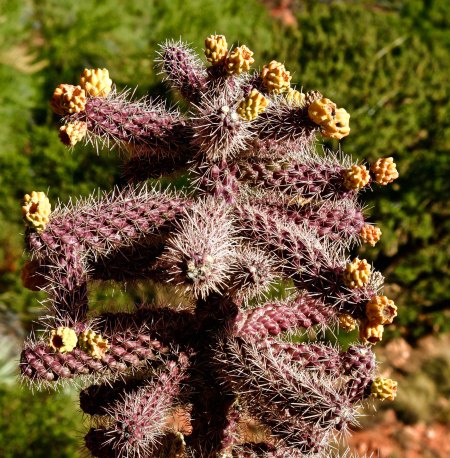 Peggy caught this cactus just down from the chapel. 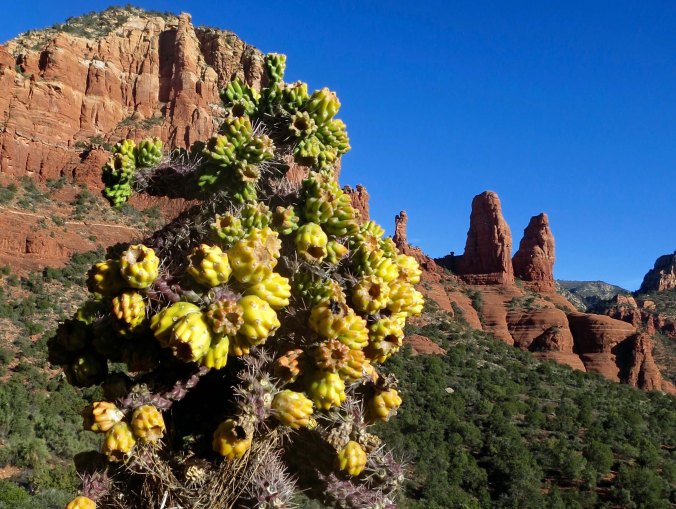 And I took a photo of its companion with the Nuns! 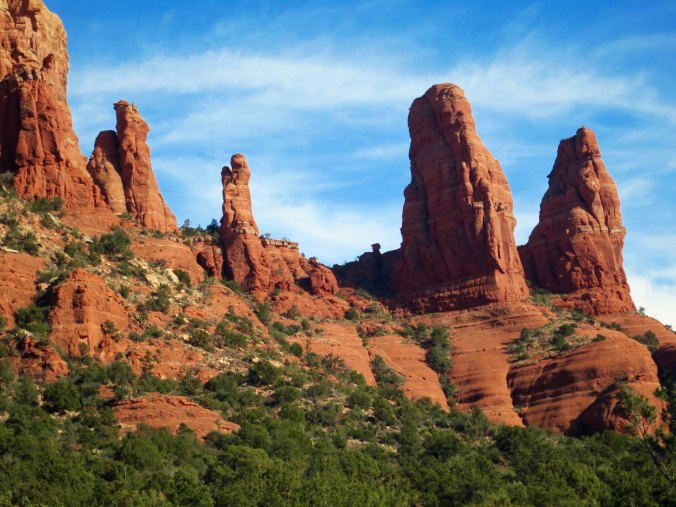 Several other towers were located above the Nuns… 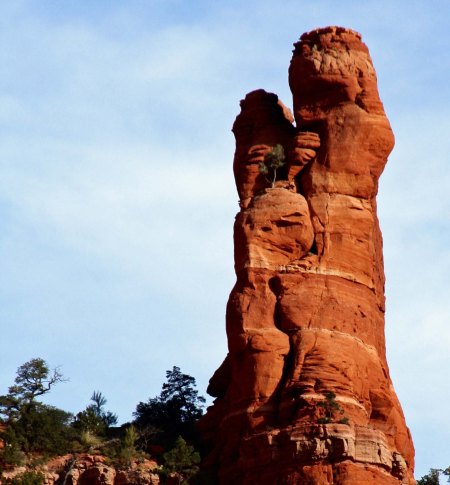 Including this beauty. (Photo by Peggy Mekemson.) 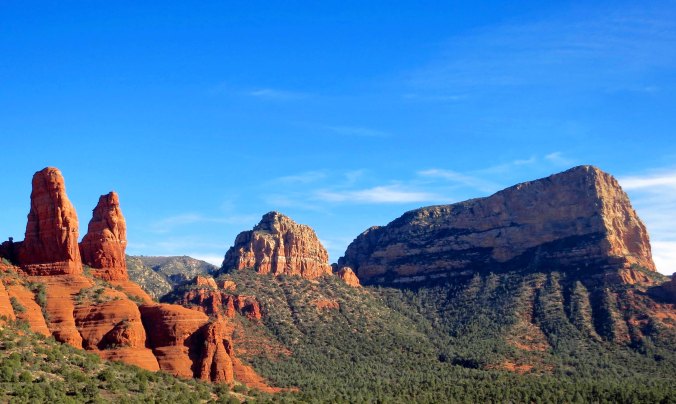 The view south wasn’t bad either! 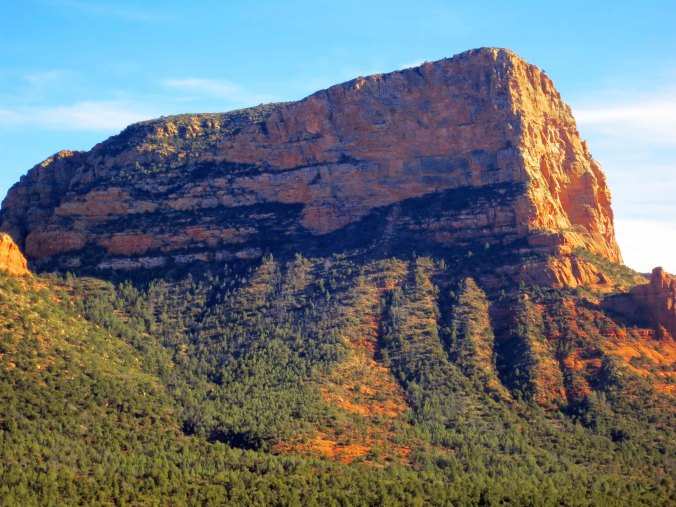 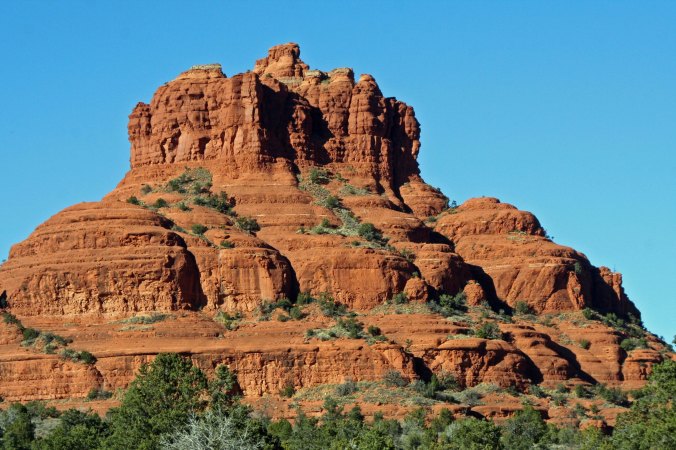 Most of the prominent rock formations around Sedona have been named. I’ll close today with Bell Rock. Be sure to check in next Wednesday for more of the red rocks of Sedona as we journey east of the town to the area featured at the top of this post.

FRIDAY’S POST: My sister Nancy Jo is attacked by the Graveyard Ghost. A very scary tale.

MONDAY’S POST: A trip through the Grand Canyon by raft on the Colorado River.