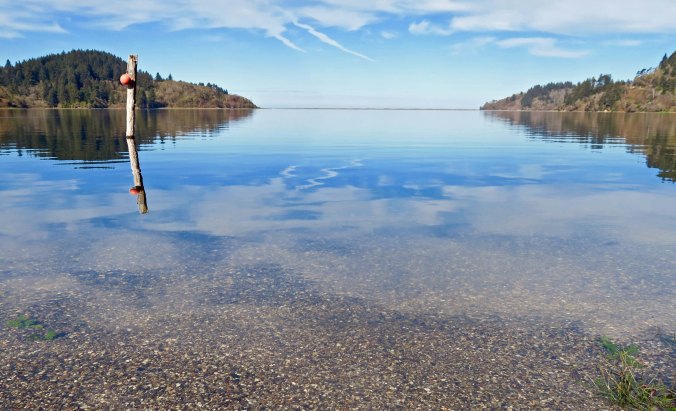 The Stone Lagoon along Highway 101 on the North Coast of California provides a unique environment that supports a wide diversity of life. The distant barrier beach separates the lagoon from the Pacific Ocean. Winter storms breach the barrier and allow sea water into the lagoon.

Back before Peggy and I flew east to be with our kids and grandkids to celebrate the holidays, we made a brief trip up the North Coast of California. I’ve already posted three blogs on the trip: one on Mendocino, one on the coast, and one on Roosevelt Elk. Today I will wrap up our journey starting at Stone Lagoon State Park on Highway 101 north of Eureka and working our way up to Highway 199 out of Crescent City.

The North Coast of California is one of my very special places. I’ve returned there again and again. From rugged coastlines, to majestic redwoods, to picturesque towns, and interesting history, the region is both beautiful and magical.

Highway 101 traces its history back to 1769 when the Spanish explorer Juan Gaspar de Portola followed what would eventually become El Camino Real (The King’s Highway) and connected some 21 Catholic missions from San Diego to the Bay Area. North of San Francisco, the road becomes known as the Redwood Highway as it travels through grove after grove of redwoods. 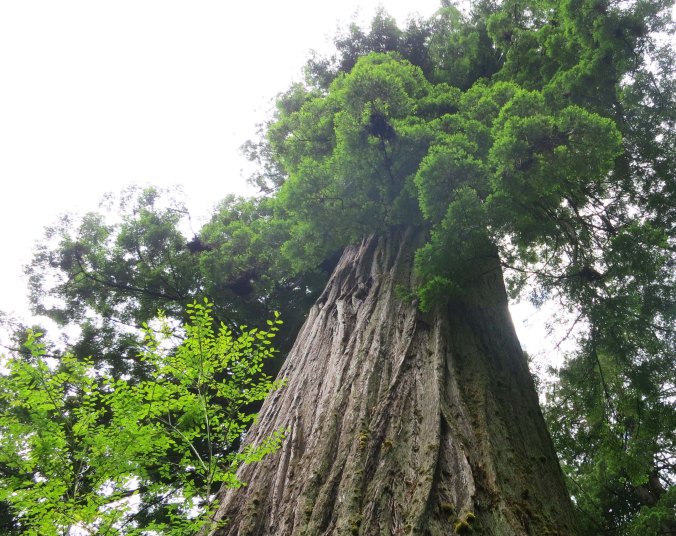 Towering Redwoods give the Redwood Highway its name. 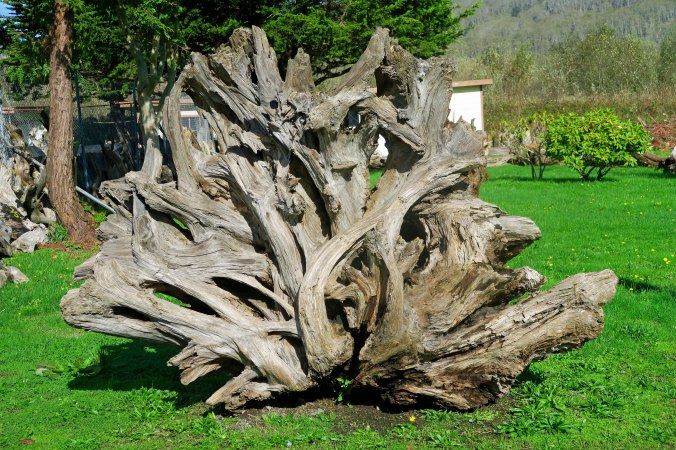 Massive root systems that can extend out 100-feet from the tree provide hundreds of gallons of water per day to a giant redwood. Root width rather than depth provides the tree with stability. 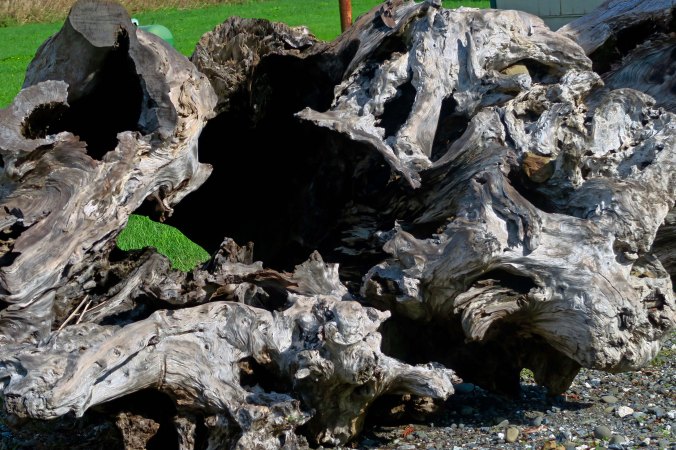 I find the twisted roots quite beautiful. 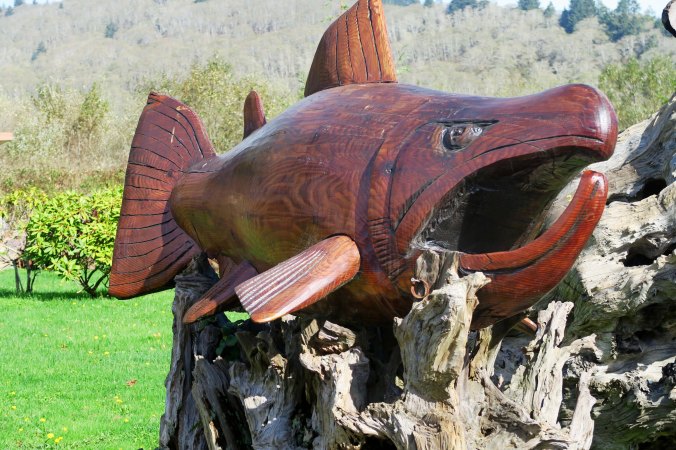 A number of places along Highway 101 sell carved redwood featuring everything from bears to this salmon.

Highway 101 follows a path inland through various river valleys until it reaches Eureka and then it follows the ocean to the border. Occasional views of the Pacific are provided along the way and several county, state and national parks provide opportunities for camping and exploration. 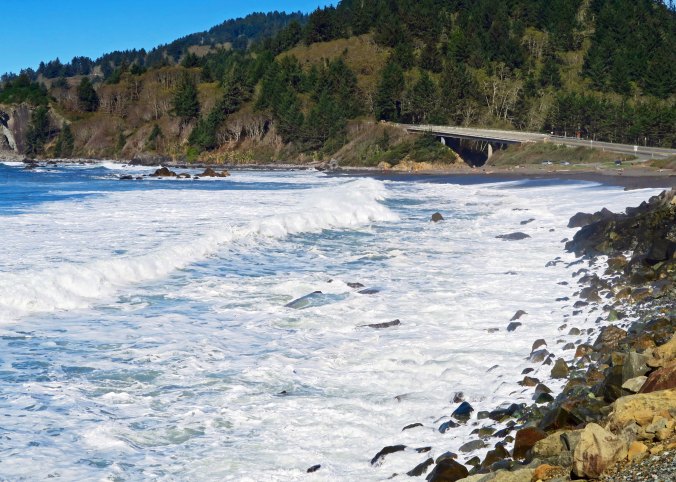 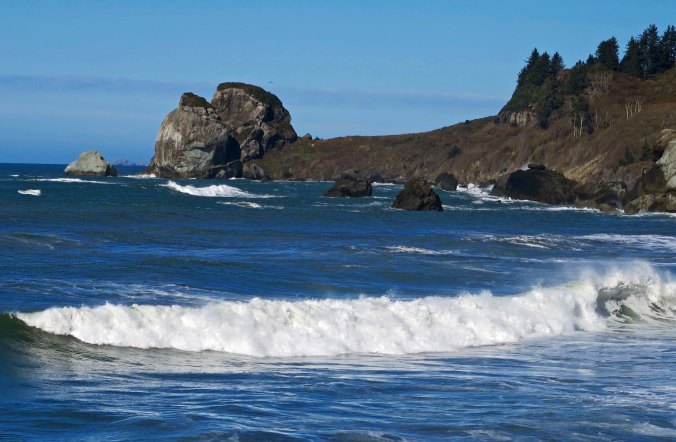 Looking out toward the Pacific from the same location on Highway 101. The point has character. 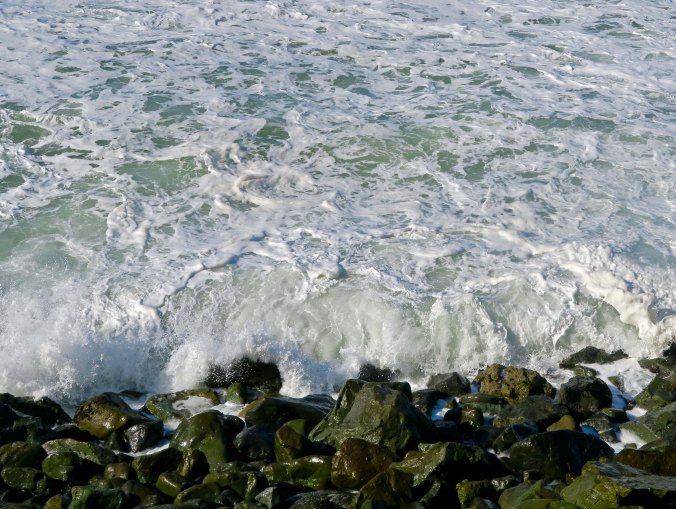 While the skies were blue for our drive up the coast, a storm had chopped up the water the night before, creating sea foam. 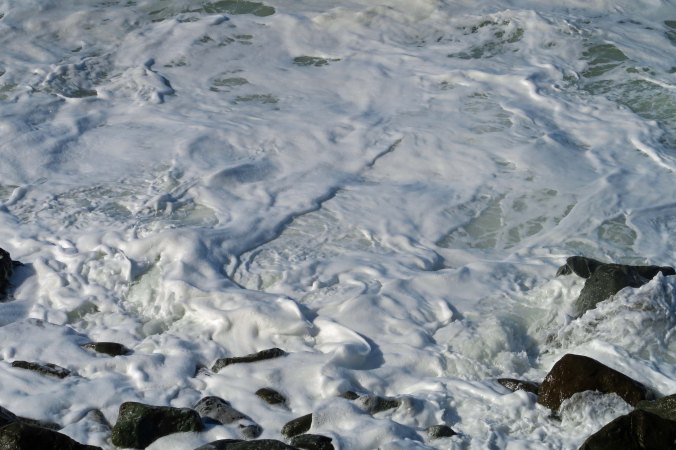 The result was this whip cream like sea-foam I included in an earlier blog.

Stone Lagoon, which is part of the largest lagoon system in North America, is one of the views along Highway 101. Separated from the Pacific Ocean by a barrier beach, the waters of the lagoon are neither fresh nor salt. Fed by fresh water for most of the year, winter storms fill the lagoon with water until it breaches the beach barrier, allowing ocean water to flow in and establish a unique environment that supports a great diversity of life. When Peggy and I arrived, Stone Lagoon was the picture of tranquility with calm waters reflecting the surrounding hills and trees. 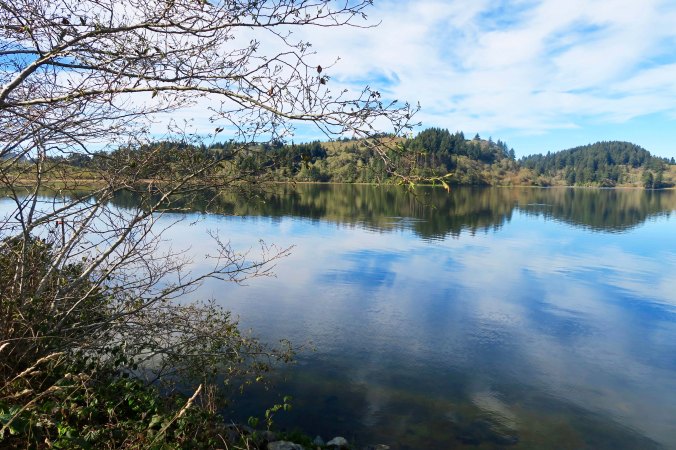 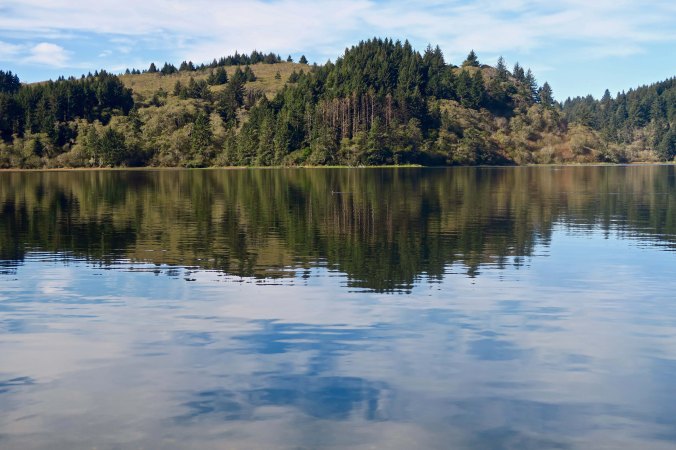 In Crescent City, Peggy and I picked up Highway 199 and followed the Smith River up and away from the ocean on our way into Southern Oregon. 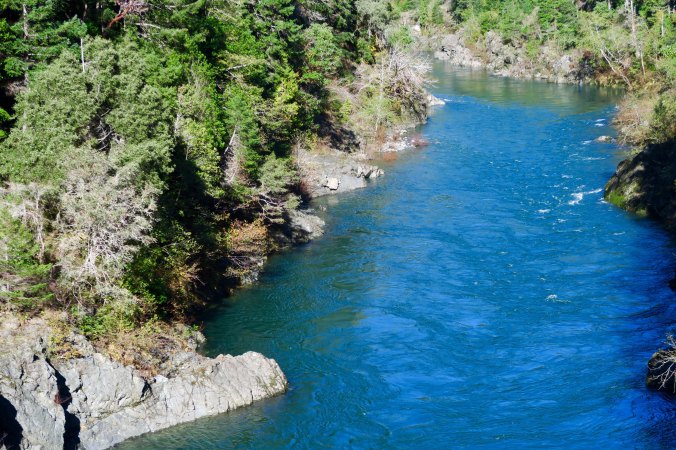 The Smith River crosses Highway 101 north of Crescent City and is the largest free-flowing river in California that hasn’t been damned. 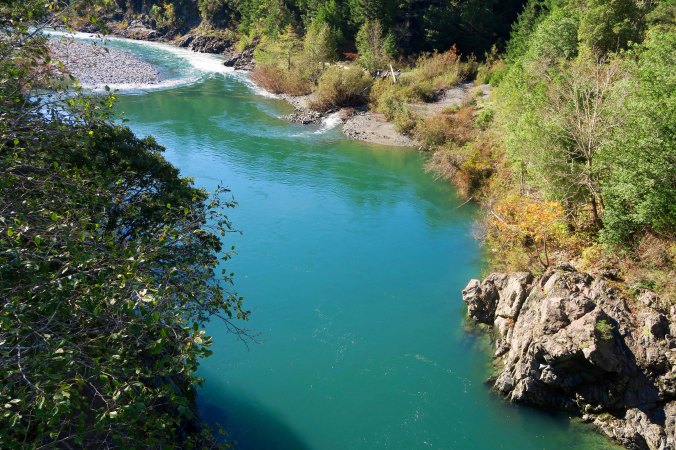 Another view of the Smith River flowing along Highway 199 in Northern California. 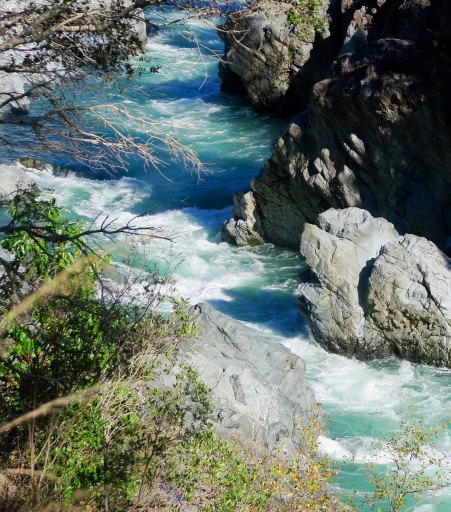 A final photo of the Smith River.

NEXT BLOG: A somewhat crazy 100 mile backpacking adventure across the Sierra Nevada Mountains with 60 people aged 11 to 70. Part 1

32 thoughts on “Redwoods, the Stone Lagoon, and the Smith River along California’s Highway 101”