Looking spooky, this tree dominates the graveyard that is located next to the house where I grew up. My brother and I had a tree fort on the lower limbs. We would hold races with the neighborhood kids to see who could climb the fastest from the fort to the 70-foot top and back. Being the youngest, I tended to slip more often.

A brief break from biking…

Halloween is here, and with elections just around the corner, things are very scary in the US. But I am not going to go there, not today. It’s too scary. I’d rather talk about ghosts.

It’s that time of the year when I break out family ghost stories. And since I only have a few, I am forced to return to previous posts. I have to dig up a few graves, sort through old bones, and hope that the ghosts I stir up haven’t haunted you in the recent past.

Anyway, I found three blogs that came from 2012 or earlier. I will post one today, one tomorrow, and one on Halloween.

I. Walking on Dead People

Let me start by noting that I was raised next door to a graveyard. It was out the backdoor and across a narrow dirt alley. We lived with its ghostly white reminders of our mortality day and night. Ancient tombstones with fading epitaphs whispered of those who had come to seek their fortune in California’s Gold Rush and stayed for eternity. 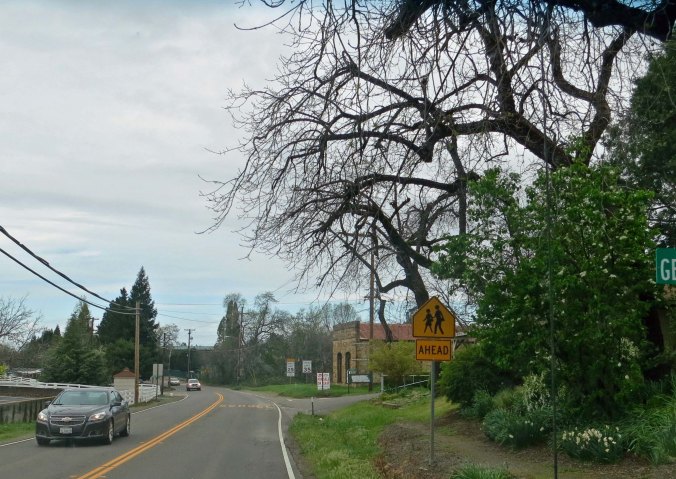 We lived on Highway 49 in Diamond Springs, California. Our house is to the right, behind the walnut trees. The town’s last remaining gold rush era building can be seen beyond the house. 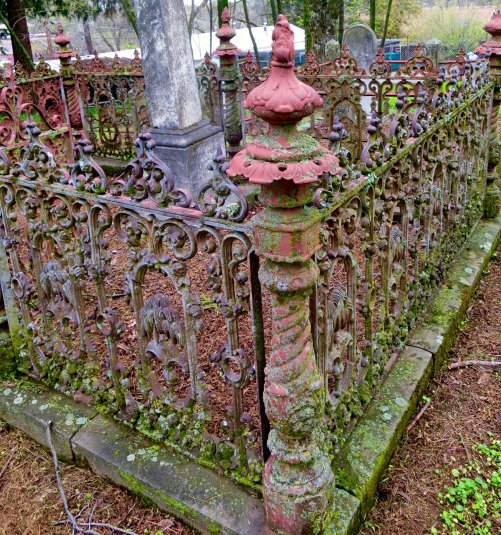 The fancier graves were surrounded by wrought iron fences like this one. We would swing on their gates, which would give off an eerie Graveyard squeak. You can see the top of our house beyond the fence. 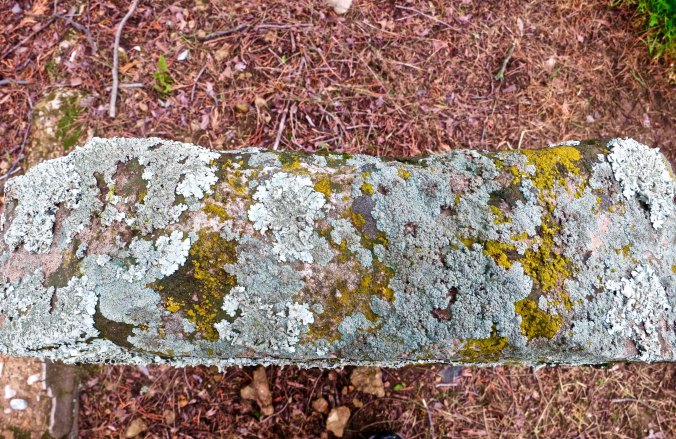 The top of this tombstone is covered with lichens that speak of its gold rush era age.

Time had given the graveyard residents a sense of permanence and even peace. But not all of the graves were old. Occasionally a fresh body was buried on the opposite side of the cemetery. I stayed far away; the newly dead were dangerous.

At some time in the past, Heavenly Trees from China had been planted to shade the aging bones. They behaved like weeds. Chop them down and they sprang back up, twice as thick. Since clearing the trees provided Diamond Springs Boy Scout Troop 95 with a community project every few years, they retaliated by forming a visually impenetrable mass of green in summer and an army of sticks in winter. Trailing Myrtle, a cover plant with Jurassic aspirations, hid the ground in deep, leafy foliage.

Looking far too civilized, the graveyard is now well-kept. Heavenly Trees growing on the left here, however, wait for the day when the graveyard is forgotten and they can once again play jungle. 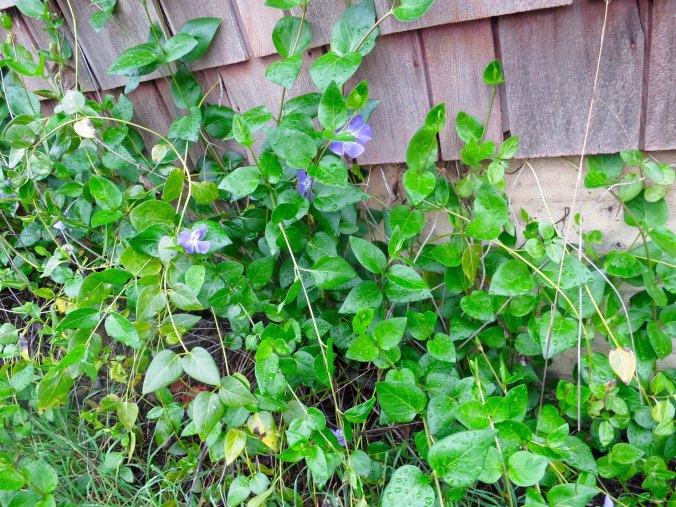 Trailing Myrtle, like this now growing on the alley, covered the ground and hid many of the graves.

Once again found, a number of tombstones were on the ground, covered by the myrtle. This young man was born 100 years before I was born.

During the day, it took little imagination to change this lush growth into a jungle playground populated with ferocious tigers, bone crushing boas and half-starved cannibals. Night was different; the Graveyard became a place of mystery and danger. Dead people abandoned their underground chambers and slithered up through the ground.

Since I slept outside in our backyard during the summer, I was constantly hassled by these ghostly specters— especially when I was younger. I’d carefully place my bed where I couldn’t see any tombstones and I recruited the family pets for protection by allowing them to sleep on the bed. Between two dogs and three cats on a narrow cot, there was barely room for me. Once I even had a litter of kittens born on the bed while I was sleeping. I woke up with wet, wiggly feet. But the ghosts stayed away. If we chose to go into the graveyard at night, however, it was a different story…

This tombstone was visible from our back yard. There is nothing scary about it, right? Now, picture it as a six-year-old would see it on a moon-lit night, peeking out from the jungle-like growth. It moved about, I swear!

A local test of boyhood bravery was to visit the graveyard after dark and walk over myrtle-hidden graves, taunting the inhabitants. Slight depressions announced where they lived. It was best to avoid tripping. My older brother Marshall persuaded me to accompany him there on a moonless night when I was five. I entered with foreboding: fearing the dark, fearing the tombstones and fearing the ghosts. Half way through I heard a muzzled sound. Someone, or thing, was stalking us.

“Hey Marsh, what was that?” I whispered urgently.

“Your imagination, Curt,” was the disdainful reply.

Crunch! Something was behind a tombstone, digging and biting down on what sounded like a bone. It was not my imagination. Marshall heard it too. We went crashing out of the Graveyard with the creature of the night in swift pursuit, wagging his tail.

“I knew it was the dog all of the time,” Marsh claimed. Yeah, sure you did.

It was behind this tombstone with its secret hiding place that Tickle, the family Cocker Spaniel, had found something to dig up. Was it lost treasure or an old bone he had buried?

Tomorrow’s Halloween Tale: Peggy and I visit a Revolutionary War site on Halloween night where my ancestor cousin was cut in half by a British cannon ball. Did he really try to contact us?

39 thoughts on “Walking on Dead People… and other Scary Halloween Tales: Part I”