The Temple of Promise at Burning Man 2015: light, airy, and beautiful.

I had rolled out of bed at 5:30 and ridden my bike out onto the Playa to take photos of Burning Man’s 2015 Temple of Promise. It was truly beautiful and promised to be even more so at sunrise. There were lots of folks already there when I arrived (even mutant vehicles), but none of the hustle, bustle and noise that normally accompany Burner events. As the sun hit the spire, the people present spontaneously formed a large circle and silently held hands. No one said let’s hold hands; or let’s form a circle. It was unplanned, a response to the beauty of the moment, yes, but more, something transcendent, a reflection of how Burners feel about their temple.

A crowd had gathered at the Temple of Promise when I arrived as the sun climbed over the mountains. A dragon mutant vehicle, filled with Burners, is outlined by the early morning light.

Burners spontaneously joined hands as the first rays of the sun hit the Temple. 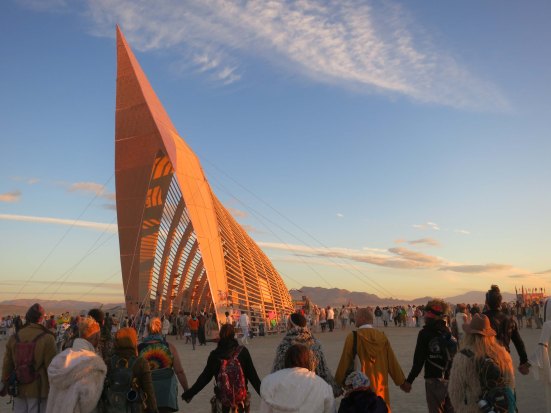 And continued to hold hands as the Temple was bathed in light.

I use the word ‘their temple’ on purpose. The people responsible for building the temple each year— the architects, master builders, and volunteers who donate thousands of hours— and the people responsible for funding it (somewhere in the neighborhood of $250,000), generously contribute their work of art to the people attending Burning Man, as part of the event’s unique gifting society. Every year, the temple is different, a unique creation, and every year I have attended, the temple has been something special, a thing of beauty. Here is a selection of the temples.

The Fire of Fires Temple at Burning Man 2009 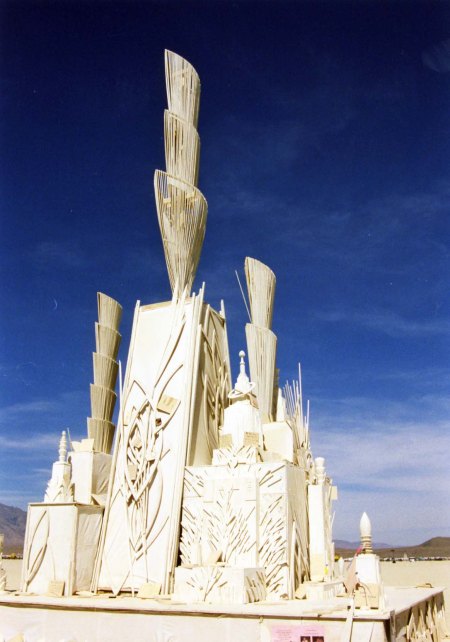 The Temple of Hope at Burning Man 2006

The Temple of Whollyness at Burning Man 2013

The Temple of Juno at Burning Man 2012. (Photo by Tom Lovering.)

The Temple of Grace at Burning Man 2014.

The significance of the Temple goes beyond its beauty, it becomes a refuge, a place to say goodbye to friends and loved ones (including pets) who have passed on, a place to ask for forgiveness and leave messages of forgiveness, and a place to celebrate and say thank you. Literally thousands of messages are left on the temple walls during the week. Photographs, perhaps a dog’s favorite chew toy, even someone’s ashes are left as remembrances.

Morris the Cat was born in 1998 and passed away on October 5, 2014 at the old age of 16. He was still loved and missed by the people he had considered his family. 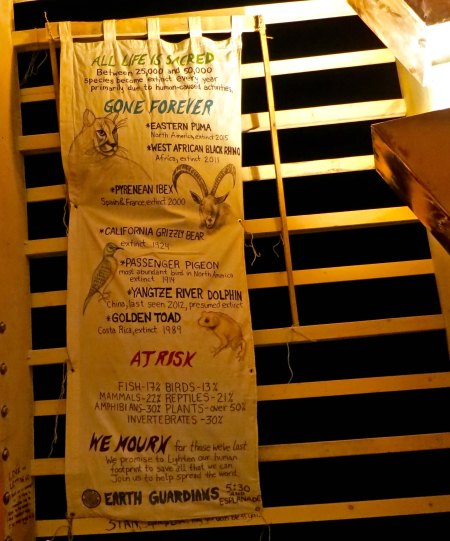 The Earth Guardians of Burning Man have memorialized a number of species that had become extinct. 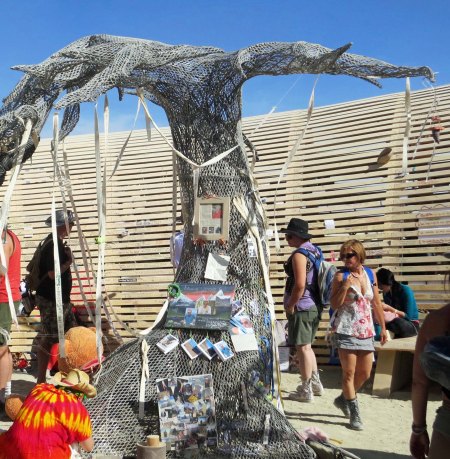 A garden of metal trees stood in the Temple’s patio and provided more opportunities for people to remember their loved ones.

Photographing the Temple at different times of the day and from different angles only added to its beauty.

I really liked this shot by Don that emphasized the entrance leading into the Temple and the contrasting mountains behind. (Photo by Don Green.)

Another morning shot from a different angle. I also liked the drama provided by the clouds. 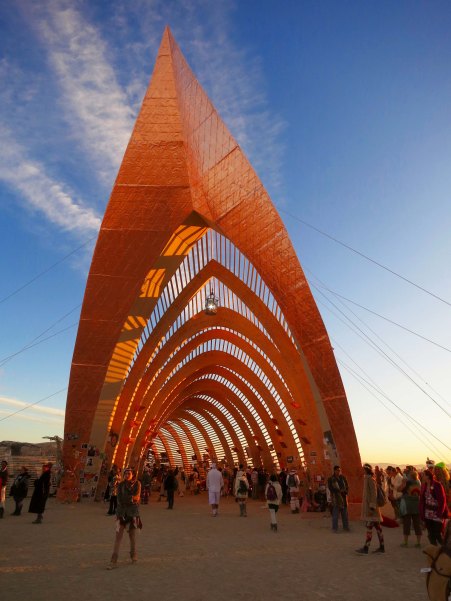 Inside the Temple at midday… shadows and light. 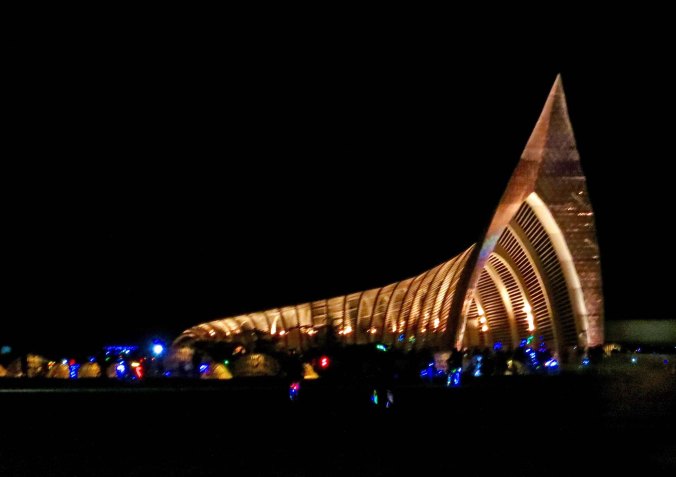 The Temple at night from a distance.

The front of the Temple at night. 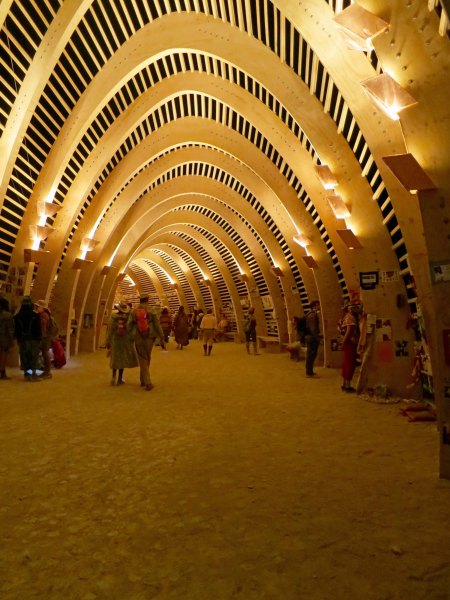 Inside the Temple at night. 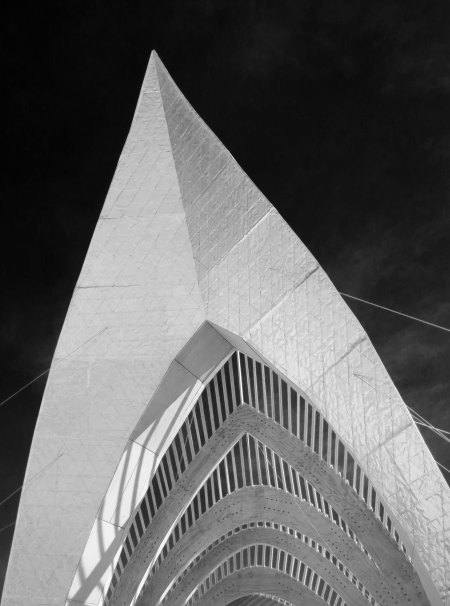 A black and white rendition of the Temple top for fun.

On Sunday evening the Temple burns. It is a solemn occasion. Tears run down cheeks, people whisper goodbyes, and friends hold each other tight as flames leap into the air, lighting the night and  carrying memories of loved ones into the sky. But it is also a celebration of life, a letting go, and permission to move forward. I had planned to attend the 2015 ceremony along with my friends Tom Lovering and Don Green, but we had the wrong time and the temple burned quickly. Here are two photos from the Temple burn of 2012.

The temple of Juno from 2012 burns, shooting flames high into the sky.

A final shot. Soon the Temple will fall, helping to bring closure to the thousands of people who had left messages.