We stayed at the Albion Manor in Victoria, British Columbia following our kayak adventure. This character was perched on top of our cabin, the Gargoyle Cottage. I felt he was representative of the unique nature of the B&B.

I was saving this blog for the end of our kayak adventure, which is where it fits. But Peggy and I are heading for the Bay Area this weekend for our book club. And that would mean no new blog until Tuesday or even Wednesday. Can’t have that, right? (The BSBC, or Bigger Sacramento Book Club, by the way, has been meeting for a quarter of a century and has read over 250 books. It consists of the same five couples who have been members since 1989.)

Welcome to the Albion Manor in Victoria, British Columbia. It is considered one of the top ten B&Bs in Canada. Our fellow kayakers and friends, David and Edie from Alaska, had made the arrangements for the four of us to stay at the Manor to celebrate the end of our adventure. We quickly discovered why it is so highly recommended. To start with, the inn is a beautiful Victorian, and it is located within easy walking distance of Victoria’s beautiful downtown. We found a colorful collection of house boats nearby. What really captured us, however, were the flowers and artwork. The story is best told in photos, enjoy.

An outside shot of the Albion Manor.

Here are some of my favorite flowers I photographed at the B&B. 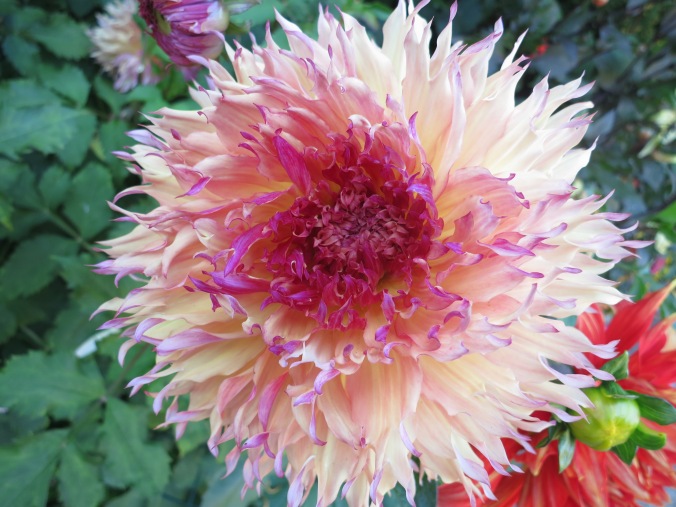 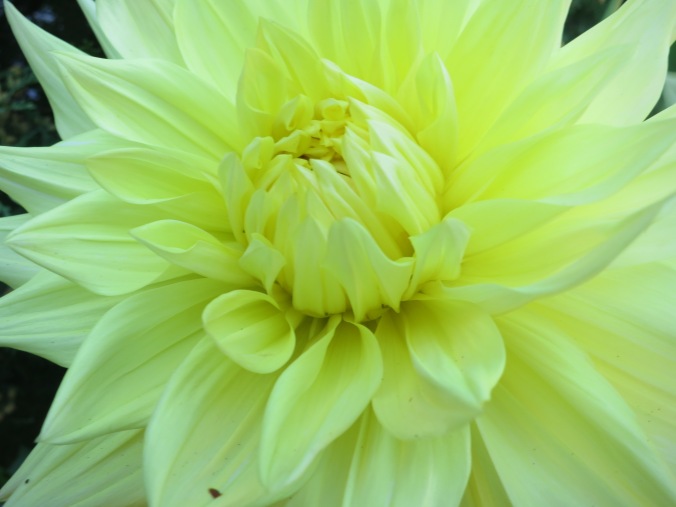 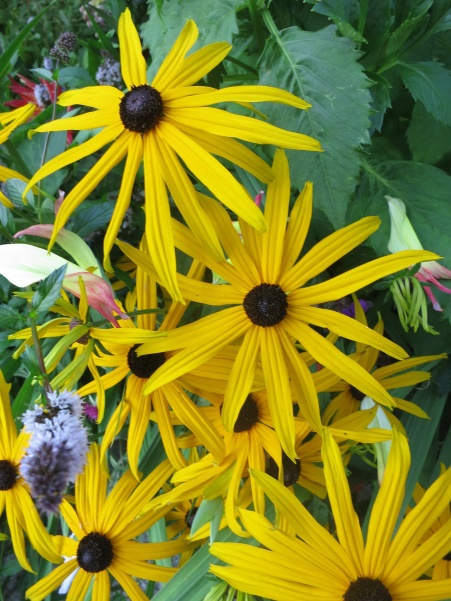 Searching for dinner, a ten minute walk from the Albion Manor brought us to a village of house boats at Victoria’s Fisherman’s Wharf. Peggy took these photos. 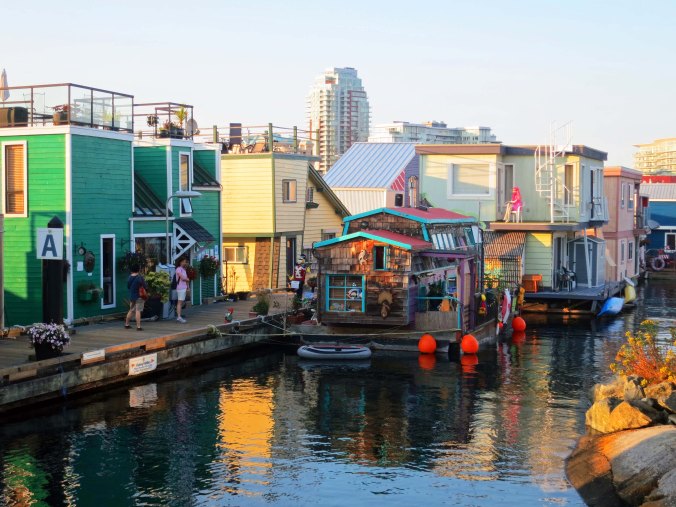 Art is located everywhere at Albion Manor, both inside and out. It’s humorous, offbeat nature, captured me immediately. Much of the work is done by Fernando Garcia, one of the two co-owners of the Manor. 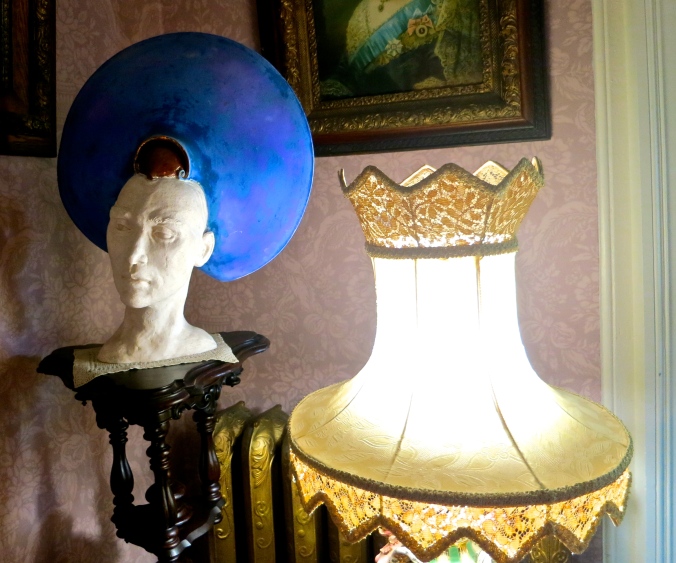 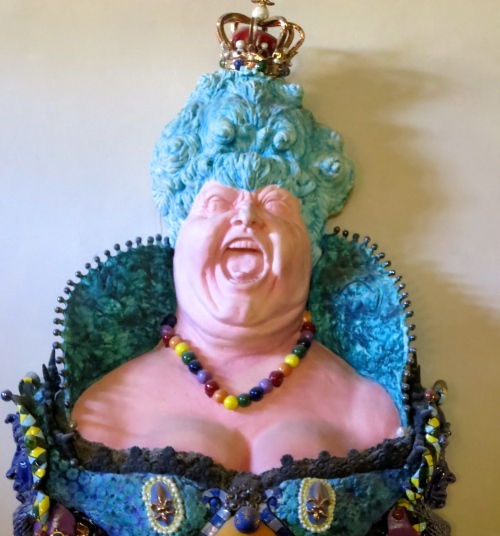 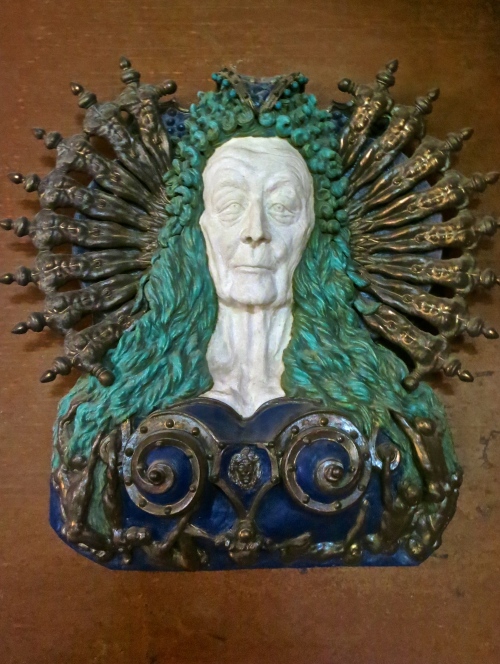 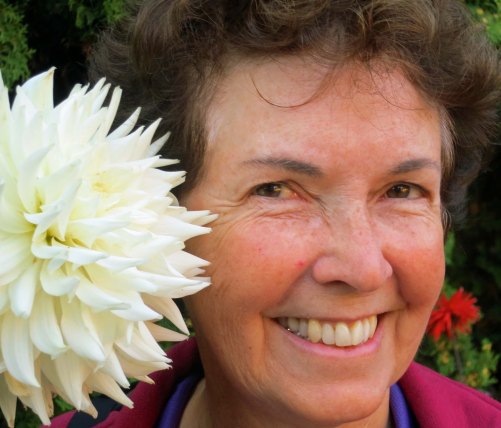 I’ll conclude with a photo of Peggy snuggling up to one of the flowers at the Albion Manor. Next Blog; I will return to our kayak adventure off of the northeast coast of Vancouver Island.

30 thoughts on “Albion Manor: One of Canada’s Top Ten B&Bs… A Delightful Interlude”