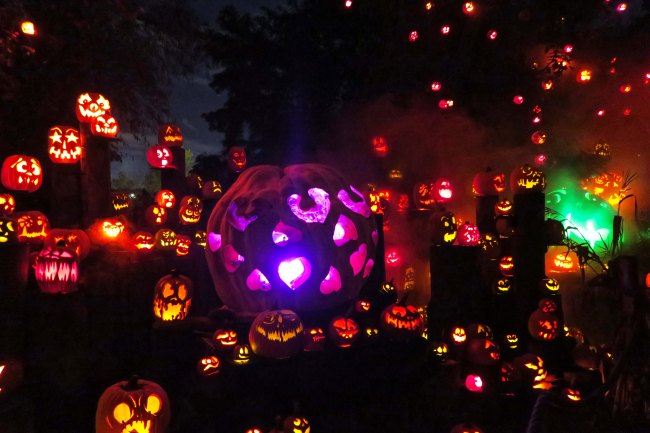 Imagine 5,000 pumpkins at one show. This photo provides an idea of what the Jack-o-Lantern Spectacular held annually in Providence, Rhode Island is like. Over the next seven days, I will feature pumpkins from the show as I do a count-down to Halloween.

Our son Tony and daughter-in-law Cammie had sent us photos last year of the pumpkin carving show in Providence, Rhode Island at the Roger Williams Park Zoo. And we had been impressed. It included some 5,000 carved pumpkins. They were everywhere— along the trails, out in small lakes, and up in trees. They ranged in size from small fellows that would easily fit into the palm of one hand up to gigantic guys that would require several grunting weight-lifters working together to pick up. And what a job of carving! While most were traditional, as those featured above, others were works of art.

This year, we were visiting Tony, Cammie and our grandsons at the time of the show and the kids were eager for us to go. They knew that we had hosted family pumpkin carving contests for over 20 years, that we loved to get up to our elbows in pumpkin seeds, and that we had a box full of carving tools. They also knew that I loved everything pumpkin: pumpkin pies, pumpkin scones, pumpkin muffins, pumpkin soup, pumpkin pancakes, pumpkin cookies— you name it!

There was no hesitation on our part and the show was everything we hoped for— and more. Over the next seven days, I will feature pumpkins from the show. It was definitely a Spectacular Spooktacular. Happy Halloween!

Laughing skeletons welcomed us to the show.

To this more traditional carving.

The art-carved pumpkins were divided into themes starting with dinosaurs.. 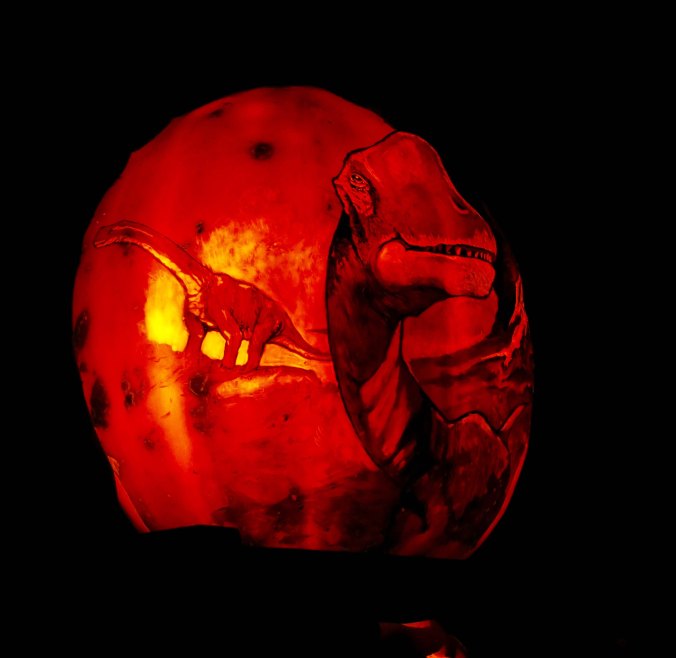 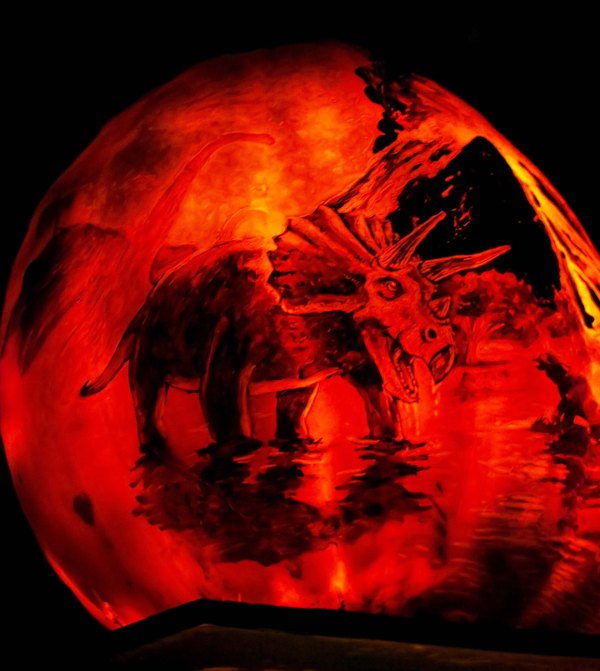 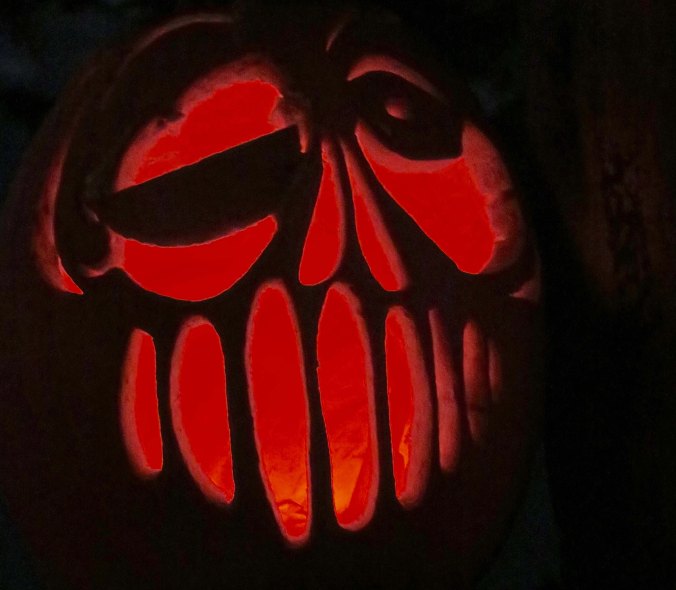 As did this goofy skull.

My partners on the pumpkin path… Our son Tony, Peggy, and grandsons Cooper, Chris and Connor. Tony’s wife, Cammie, was visiting with her dad in South Carolina. 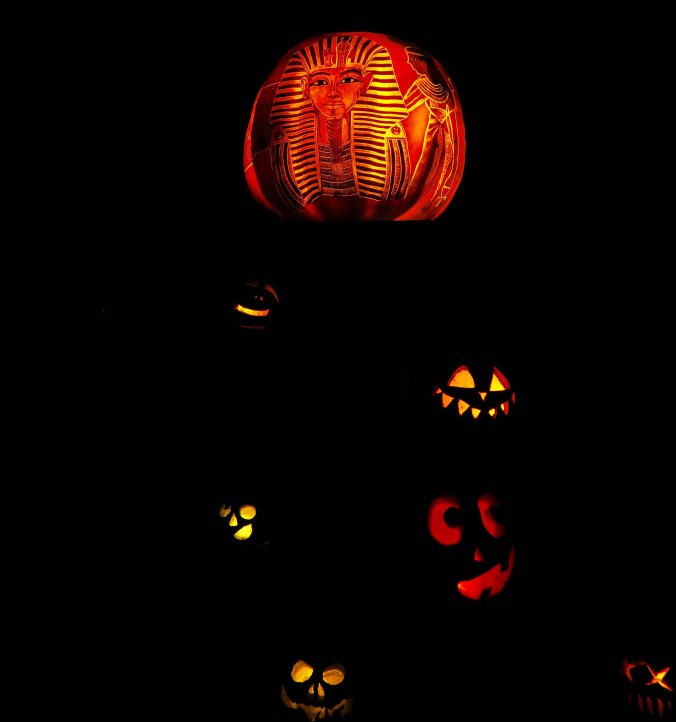 NEXT POST: We will journey off to Egypt and meet a scary mummy.

39 thoughts on “A Spectacular Spooktacular… The Jack-o-Lantern Show of Providence, Rhode Island”