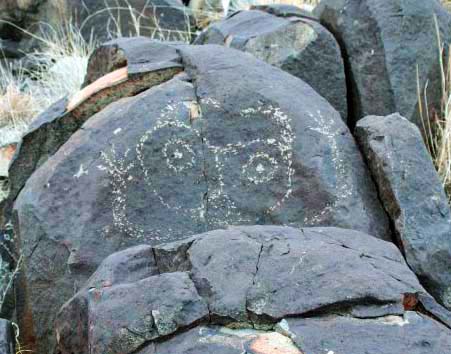 This is one of my favorite petroglyphs from Three Rivers. It makes me want to say, BOO! So, is it a bug-eyed alien or a shamanistic vision?

Peggy and I are still off playing (details to come later), so I am continuing to revisit earlier posts I did on the Three Rivers’ Petroglyph National Recreational Site located in south central New Mexico.

A lot of guessing takes place in determining the meaning of rock art. Present day Native American myths and rituals provide some clues. Others can be deduced from the petroglyph itself. An antelope filled full of arrows relates to hunting, but is it a record of an actual event or a hopeful prediction of the future?

Today I am featuring petroglyphs from the Three Rivers site that represent humans and gods. Some look quite alien, while others appear quite human. It’s assumed that shamanistic activities and visions were often the inspiration behind petroglyphs. Or the inspiration might be as common (and dramatic) as a woman having a baby, which is reflected in a number of Three Rivers’ petroglyphs. 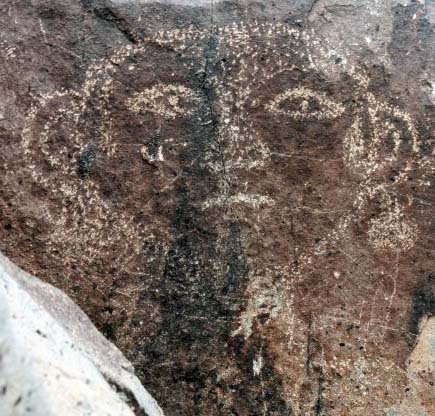 This petroglyph of a man struck me as quite realistic. Does he look like anyone you know?

This fellow is a bit further out. I am assuming he is a Shaman either exorcising a demon or having a bad trip. (Since no one can be sure of the actual meaning of rock art, you are free to speculate.) The circle surrounded by dots just below his chest, is thought to represent Datura, a powerful hallucinogen.

A sad fellow, I thought at first, given his downturned mouth. But then I noted the eyes. And are those cat whiskers on his cheeks? 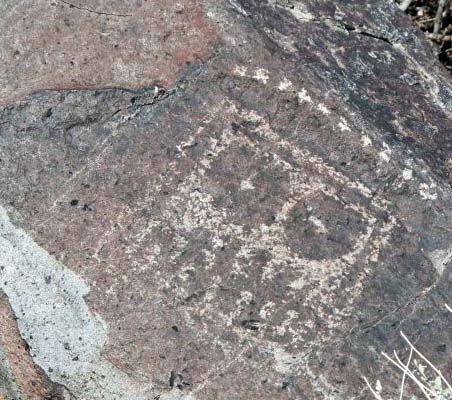 A petroglyph of a woman in this position is usually assumed to be having a baby. She’s even screaming, or practicing deep breathing. 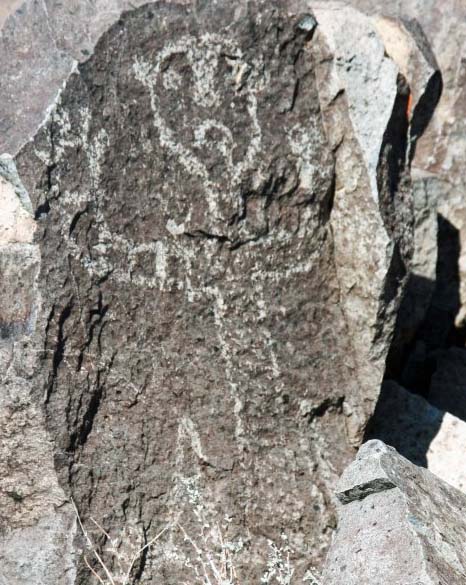 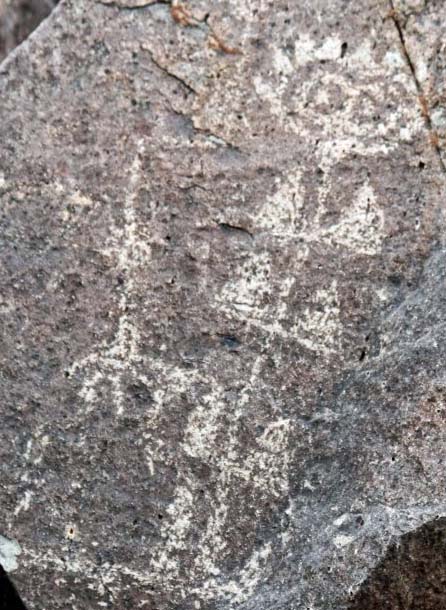 Often the figures are assumed to represent gods. This one could be corn.

This final photo is to prepare you for my next post where I will feature some of the wildlife of Three Rivers. This is a rather magnificent mountain lion.