As I’ve noted before, my primary reason for going to Burning Man is the art. The creativity involved goes on and on and can, at times, be mind-boggling. Over the past couple of months, I’ve provided examples, looking first at mutant vehicles and then at large-scale sculptures. Today, I am going to wrap up my posts on sculptures. Next week, I’ll introduce some very unique buildings that seemingly spring up overnight in the Black Rock Desert only to be disassembled or burned down a week later. 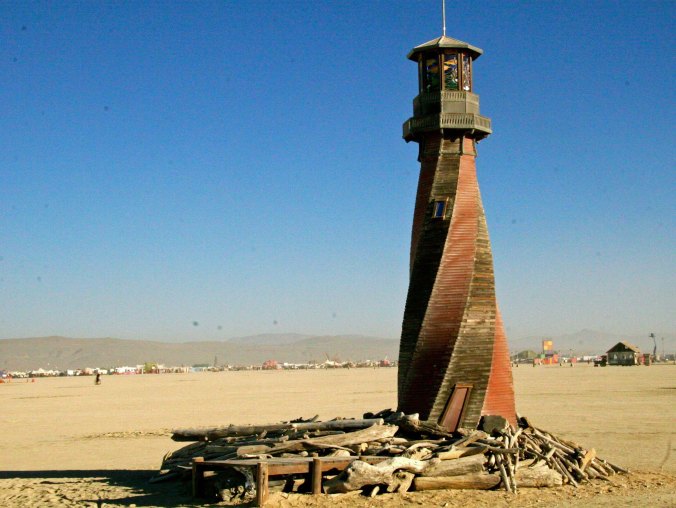 The same year that Texas produced the bull, the Northern California regional group produced this lighthouse.

A close up of the stained glass top.

There are dragons at Burning Man! Always. This guy’s tail needed propping up.

I thought this dragon looked friendly…

And this fellow scary. You may remember the quote, “meaner than a junk yard dog.” Well this was a junk yard dragon, made out of 100% pure junk. And check out that shadow!

A closer look at the skin on the dragon’s back. I thought the dog was a fun addition. 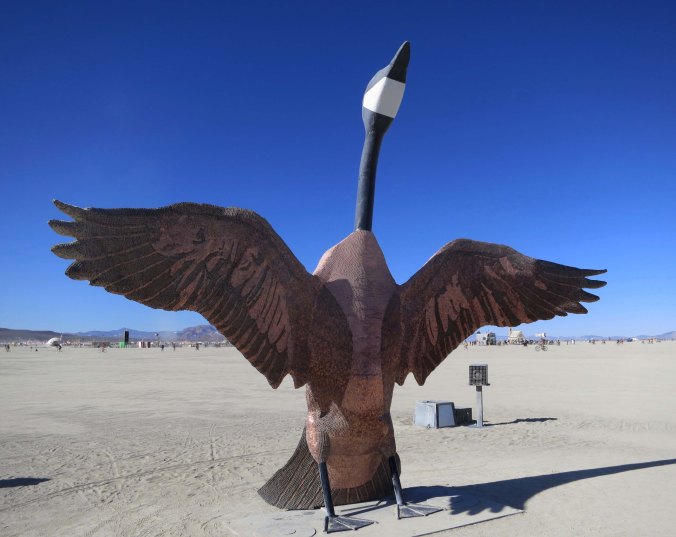 Meet Penny, the Canadian Goose. Over 100,000 pennies cover her body. 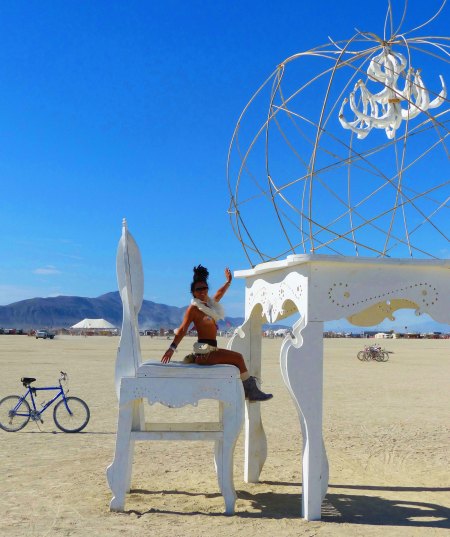 Is this a small woman or a big chair? It is definitely an Alice in Wonderland kind of thing. (Photo by Horse Bone Tribe member Don Green.)

“I shot an arrow into the air. It fell to earth I know not where.” –Longfellow

I really liked this illusion of cubes climbing into the sky. (Photo by Don Green.)

Tom Lovering caught this beautiful photo of a lotus with the sun behind it.

Large letter messages such as DREAM can be found at Burning Man almost every year.

This sculpture served as a gateway between the Center Camp Cafe and the Playa. A large dust storm stretches across the Playa and will soon invade Black Rock City, possibly causing a white out. 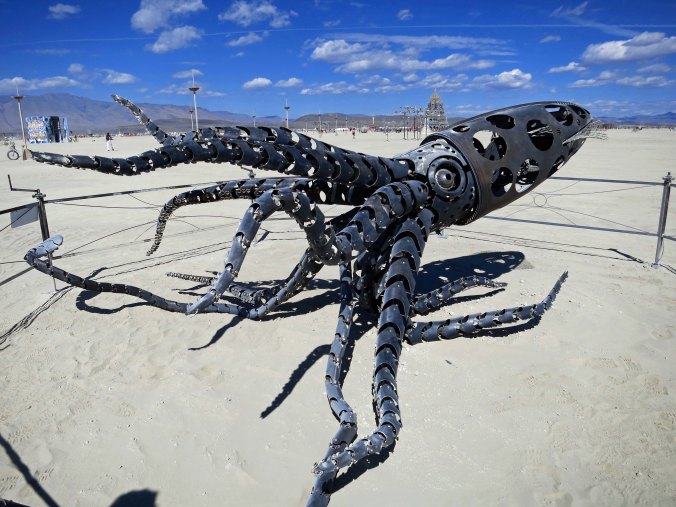 One expects to find ocean creatures scattered around Burning Man. A fence surrounding this octopus included hand cranks you could turn to move the tentacles. Much Burning Man art is designed to be interactive.

It isn’t unusual to find art that focuses on the Man, such as these hands…

A side view of the circles provided a different perspective.

I’ve always liked the grace of this simple sculpture.

The same sculpture from the back. Check out the stick sculpture under the wing.

A closer look. Imagine putting this together.

This prehistoric bird is another example of interactive art. Peggy climbed into its chest and worked pedals that made the wings flap. Slowly.

This wood carving made me think I had arrived at Easter Island. I decided it would look good in black and white.

Lets get down and boogie! 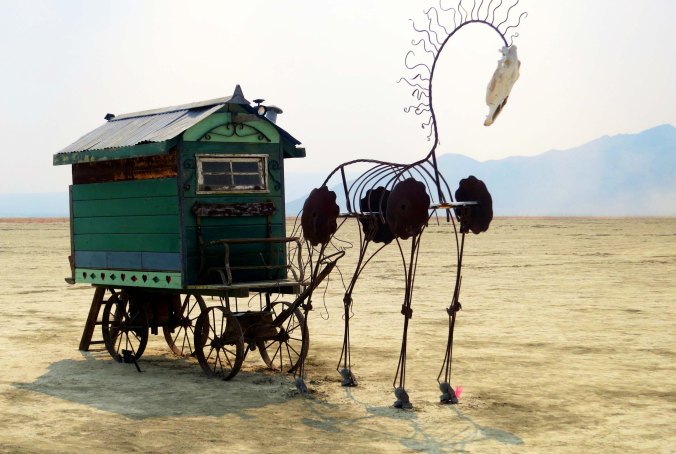 A gypsy wagon is pulled by a rather unique horse. 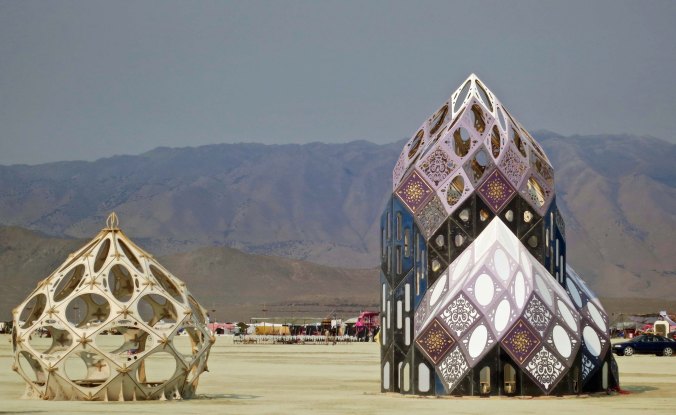 Wednesday: The interview with Bone. You won’t want to miss it!

Friday: The buildings of Burning Man, including some stunning temples.

31 thoughts on “A Texas Bull Comes Out of the Ground; A Canadian Goose Is Created with 120,000 Pennies… The Art of Burning Man”