This is one of my favorite glyphs from the Three Rivers Petroglyph site in Southern New Mexico– but what does it mean? I’ll go out on the proverbial limb. My guess is it represents a drug induced shamanistic vision. There is some thought that the circle with dots represents Datura, a powerful hallucinogen (and also a favorite flower subject of Georgia O’Keeffe).

A lot of guessing takes place in determining the meaning of rock art. Present day Native American myths and rituals provide some clues. Others can be deduced from the petroglyph itself. An antelope filled full of arrows relates to hunting, but is it a record of an actual event or a hopeful prediction of the future?

Today I am featuring petroglyphs from the Three Rivers site that represent humans and gods. Some can seem quite strange while the one below seems… quite human.

This is the most realistic portrayal of a human we found among the Three River Petroglyphs. Note the ear rings.

I also found this triangular face fascinating. Many of the petroglyphs at Three Rivers take advantage of the rocks natural features. This one uses the ridge to set off the nose and eyes, and cracks to outline the chin.

According to Alex Patterson in his book, Rock Art Symbols, this is either the Mother of Animals or a woman waiting for her honey. It could be she is having a baby. Check out her expression. Two different versions are below. 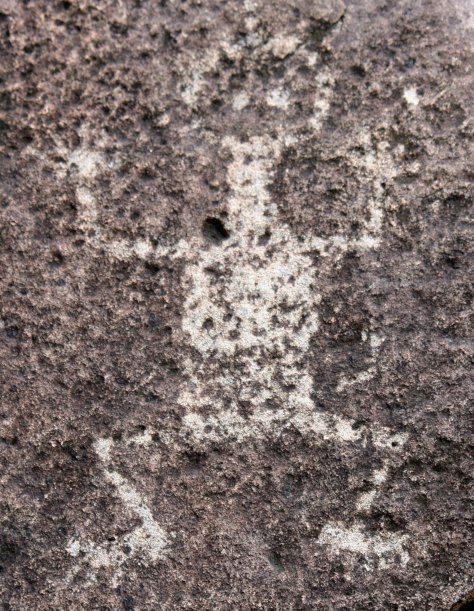 Another possible version of Mother of Animals at Three Rivers Petroglyph site. 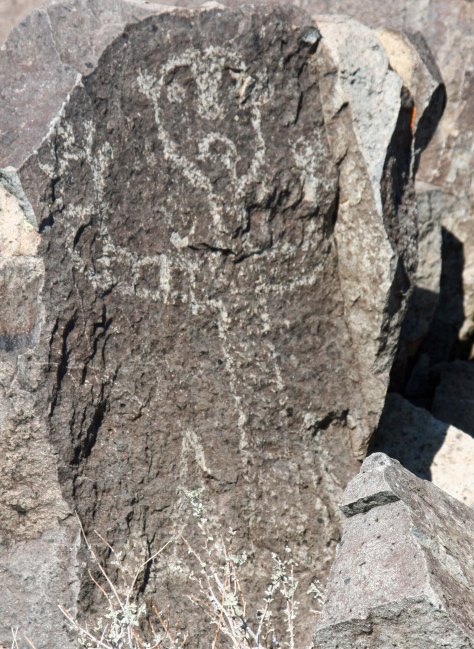 I introduced a close up of this character in my last blog. Here he is located in his rock setting. I am thinking “boo!” 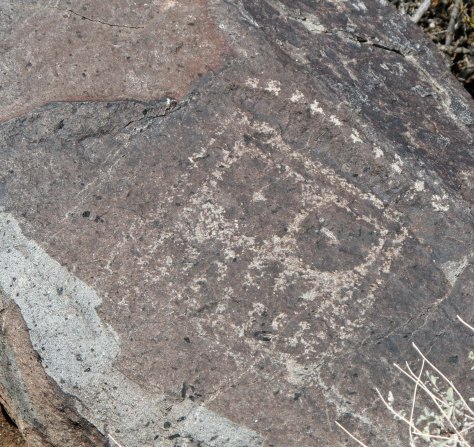 Petroglyphs can be quite graphic in their portrayals…

You can tell your god by the headdress he or she wears. The plant may be corn. 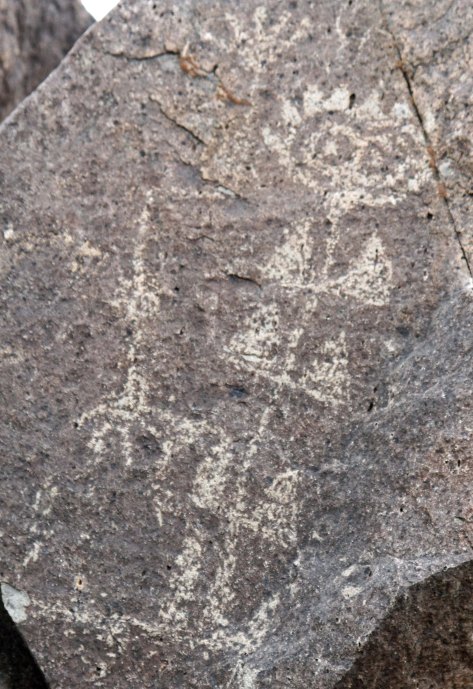 I’ll conclude this blog with this spiky haired character who appears to be waving bye-bye.

NEXT BLOG: We will enter into the petroglyph animal kingdom of Three Rivers. 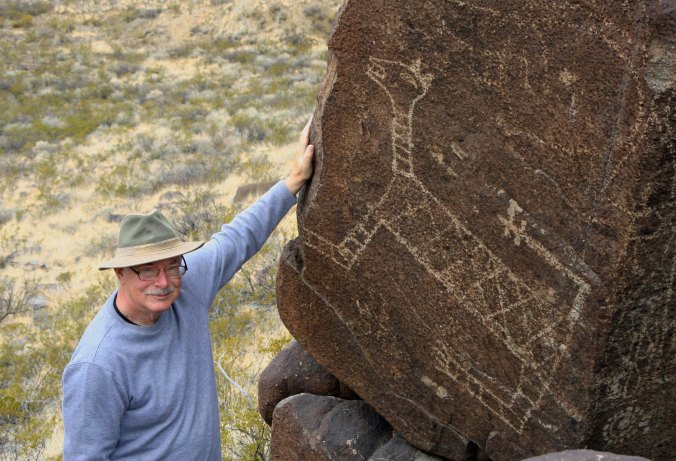 I check out a mountain lion petroglyph.