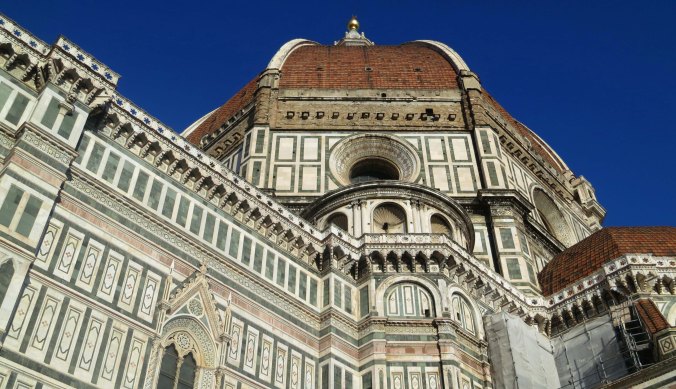 Looking up at the magnificent dome on Florence’s Duomo Cathedral.

There are three reasons for visiting Florence’s Cathedral, commonly known as the Duomo. First is the Church itself, second is the magnificent bell tower, which stands next to the church, and third is the octagonal-shaped Baptistery, which stands in front.

The dome of Duomo was one of the great works of the Renaissance. (The church had been waiting since the Middle Ages for its top.) Filippo Brunelleschi, who built the dome, first studied the ancient Pantheon in Rome. Like so much of the Renaissance, the dome represented a return to, or a rebirth of, the great Greek and Roman cultures that had thrived 1000 years earlier before the Dark Ages had arrived along with the Barbarian hordes.

This photo by Peggy captured the Baptistery on the left, the Duomo with its Dome in the center and the bell tower on the right. (Photo by Peggy Mekemson)

Looking up at the Duomo dome from inside the church.

The 270-foot tall Campanile or Giotto’s Tower, which is located next to the Duomo, was actually completed 100 years before Brunelleschi put his finishing touches on the church. Many consider the bell tower to be among the most beautiful in Europe.

The top of Giotto’s Bell Tower. (Photo by Peggy Mekemson) 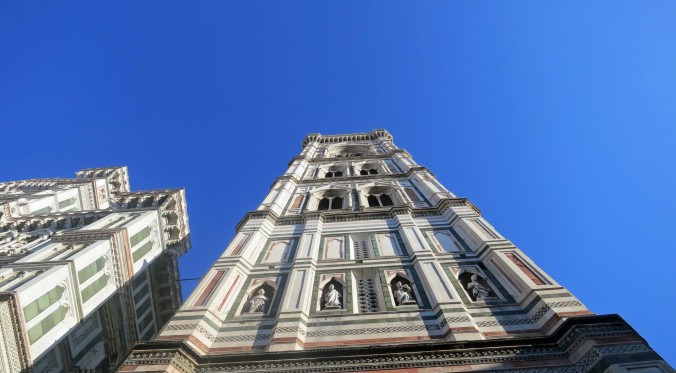 A front view of Giotto’s Bell Tower with the Duomo to the left.

The Baptistery features Ghiberti’s bronze doors. Michelangelo believed these gates were so beautiful they could have served as “the Gates of Paradise.” 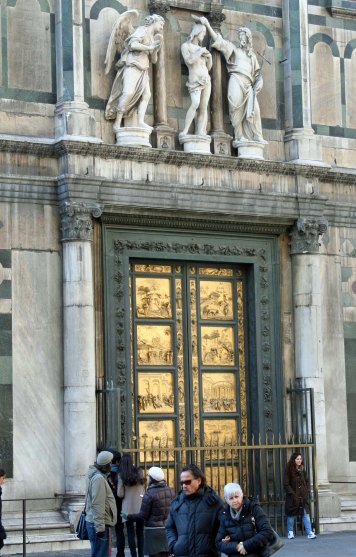 Ghiberti’s Bronze Doors on the Baptistery in Florence. (Photo by Peggy Mekemson) 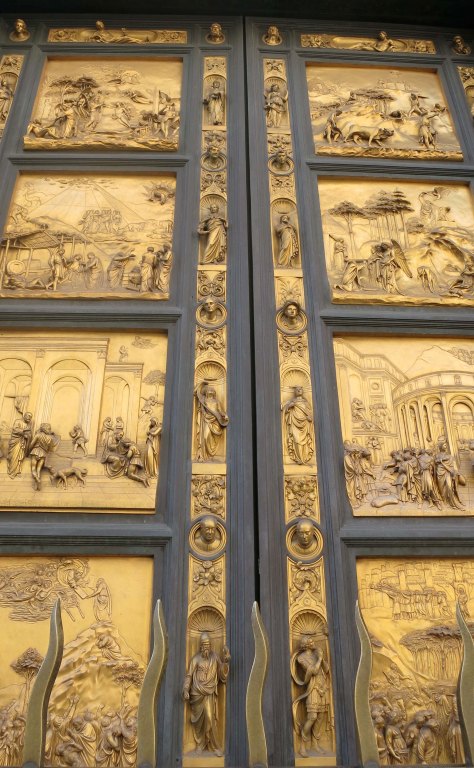 A closer look at the Baptistery Doors. 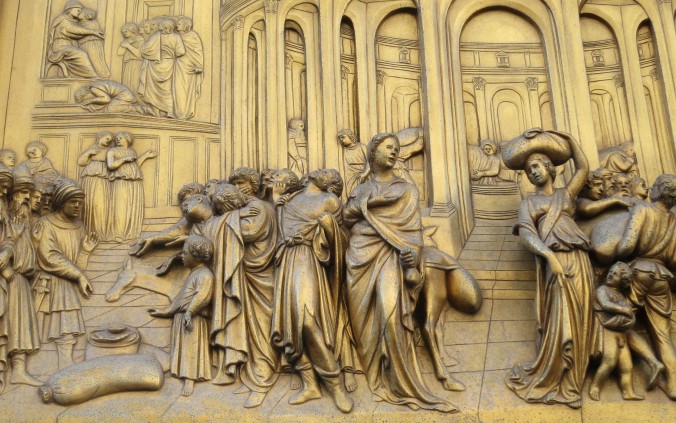 This view of the Baptistery door gives a sense of why Michelangelo spoke so highly of Ghiberti’s work.

The Basilica of Santa Croce, a 14th Century Franciscan church, also had some great doors but is better known for the people buried inside including Michelangelo, Machiavelli, Rossini and Galileo. As we stood in front of the church admiring its doors, a man sent bubbles floating into the sky.

A huge soap-bubble went floating up by the beautiful wooden doors of Santa Croce. 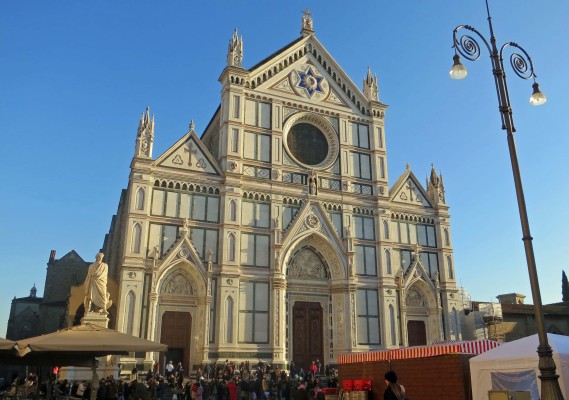 The Basilica of Santa Croce in Florence.

NEXT BLOG: While you are reading this blog, Peggy and I are on the scenic Oregon Coast looking for whales. I will feature the trip on my next blog.

6 thoughts on “The Duomo and Santa Croce: Two Great Churches of Florence”