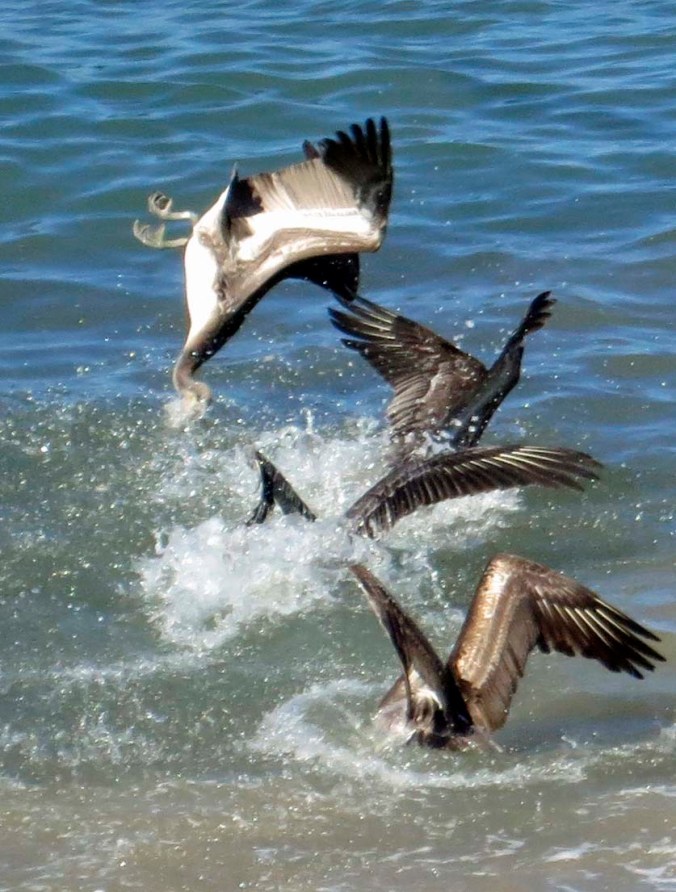 A Brown Pelican executes an amazing upside down dive to catch fish in Puerto Vallarta as three other pelicans join in the feeding frenzy.

“What a wonderful bird is the pelican, whose bill will hold more than his belican.” Dixon Merritt

I am enamored with pelicans. These large, gregarious birds that appear to have been created by a committee, skim over the ocean in graceful lines, fly in V formations to distant locations, and crash into the ocean with abandon to catch fish.  Most of my pelican viewing has taken place on the coast of California and Oregon but I have also enjoyed their antics in Florida and the Mediterranean. 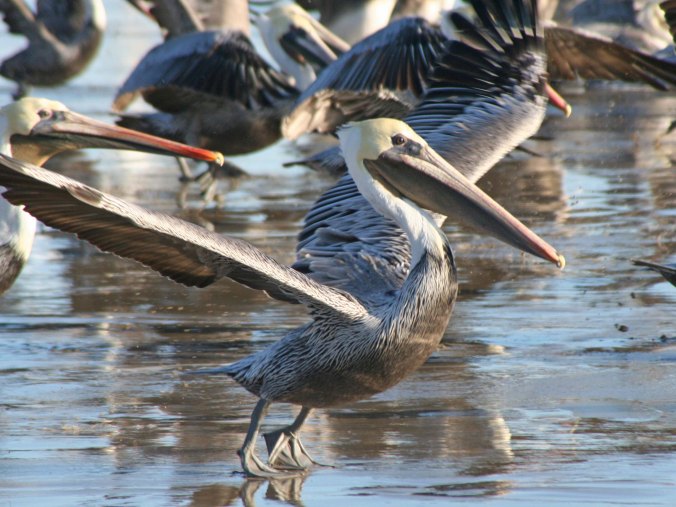 A Brown Pelican stands on its toes and prepares for flight in California. I called this photo flight-line.

Shortly afterwards, I caught this photo of the pelicans, along with seagulls in flight.

We found this Great White Pelican named Petros holding court on the Greek Island of Mykonos last year on our trip through the Mediterranean.

Petros the Pelican of Mykonos gives me the eye. “You wouldn’t happen to have a fish would you?”

Over the past three weeks I have been enjoying pelicans in Mexico. Peggy and I were particularly lucky to find a large flock of them involved in a feeding frenzy right next to Puerto Vallarta’s boardwalk, the Malecon. I’ve often watched pelicans make their unique dives from a distance; this was up close and personal– as I hope our photos demonstrate. I was also able to videotape them and captured 15 plus dives in a few seconds. The action was wild! 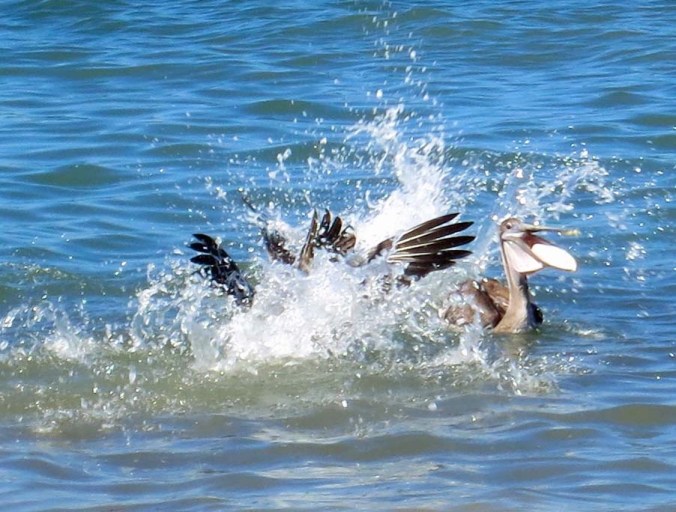 One pelican seems to float in open-billed-amazement as two other pelicans crash into the ocean. Actually pelicans have to drain the water out of their mouths before swallowing their catch, which is what this fellow is doing.

Check out the size of the Brown Pelican throat pouch here.

Hovering in flight, pelicans prepare to dive. (Photo by Peggy Mekemson.) The terns, BTW, are hoping to participate in the feast and will happily steal fish from the pelicans.

Preparing for a high dive…

Brown Pelican takes off from water. 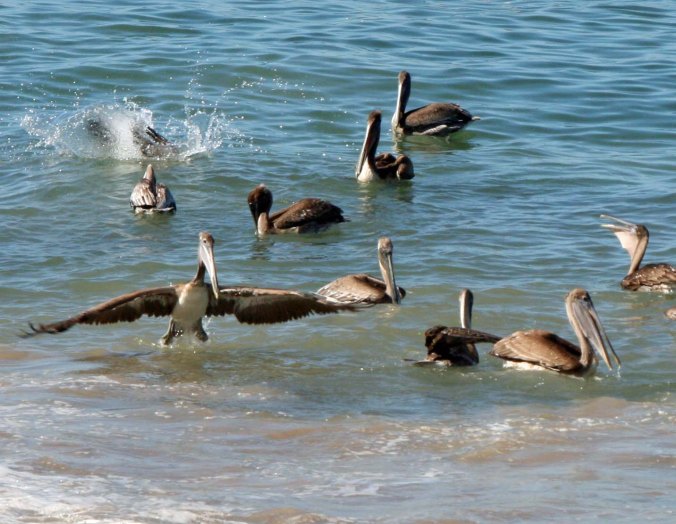 And this guy appears to be walking on water. (Photo by Peggy Mekemson.)

A Brown Pelican plunges toward the water. (Photo by Peggy Mekemson.) Note the pouch filled with water on the lower right. 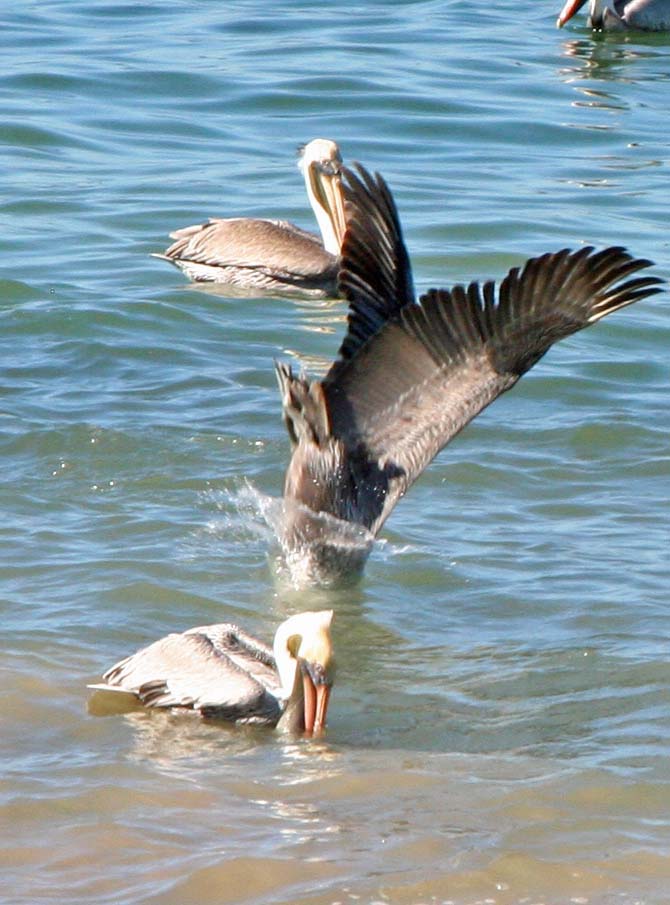 Plunging into the water. (Photo by Peggy Mekemson.)

A small portion of the flock, some 17 pelicans, demonstrate various aspects of fishing.

Hard to tell who is doing what, here. (Photo by Peggy Mekemson.) Liked the graceful tern on the left.

Or here. But I really liked the wing action. (Photo by Peggy Mekemson.)

A pelican flies toward its nest at the end of the day.

NEXT BLOG: Having featured the Brown Pelicans of Puerto Vallarta, I’ll move on to feature the Green Iguanas.