We were down in Big Bend National Park in Texas when it came time to write our annual Christmas letter. The park features beautiful scenery, interesting culture, cacti, and lots of geology. It also features fossils from the Age of Dinosaurs, including a monster crocodile. The crocodile reminded me of one of the characters I created for Christmas Cards, Old Croc. He made it into my Christmas letter and today’s post.

There was also a large leg bone from a duck billed dinosaur. Bone couldn’t resist having his photo taken with it.

Peggy and I celebrated Christmas in 1999 at Big Bend. Not having a Christmas Tree, we used a hanging macrame. Our visit to Big Bend was before Christmas this year, but Peggy was still fired up with her passion for decorating. We found some hand-crafted Mexican Christmas ornaments for sale next to the Rio Grande. Bone, of course, insisted on joining the party. As did Bone’s traveling companion, Eeyore. We visited Peggy’s brother John and his wife Frances after Big Bend. Frances, knitted a Christmas scarf for Bone and donated a ribbon for the donkey.

Just in case you are new to this blog and have never met Bone, a friend of mine, Tom Lovering and I found him in a field of corn lilies when we were backpacking along the Tahoe-Yosemite Trail in 1977. He has been traveling with us ever since. In addition to Tom and me, a number of other people have carried him over the past 45 years on numerous adventures. He has visited over 50 countries. Among his many adventures are a 10,000 mile bicycle trip, a journey in the back of a truck the length of Africa, climbing mountains, and deep sea diving. He has travelled on the Amazon, attended a Presidential Press Conference, and been blessed by the Pope in St. Peter’s square. Four years ago he backpacked with me 750 miles down the PCT in celebration of my 75th Birthday, meeting numerous through-hikers along the way.

Peggy, I, Bone, and Eeyore want to wish you and your family a joyful Christmas and a great 2023.

National Parks in the United States and throughout the world protect and preserve many of our most scenic natural areas. This photo is of the Grand Teton Mountains in Wyoming.

Peggy and I decided to take a year off from work in 1999 and travel around North America. I worked as a consultant/citizen advocate on health and environmental issues when I was behaving like a serious adult, and led wilderness treks when I wasn’t. Peggy was fully adult and served as an assistant principal at a middle school.

People were more or less resigned to the fact that I came and went. You might say I was self-employed and self-unemployed. The only person I really had to check with was myself. Peggy’s situation was different, but the school district really wanted to keep her. They offered her an unpaid sabbatical. We bought a travel van and off we went.

We left on July 1. Planning was close to zero. Our only obligations were to meet up with friends for backpacking and kayaking in Alaska and to join Peggy’s parents in Florida for Thanksgiving. Beyond that we could be wherever we wanted to be and do whatever we wanted to do.

Early on, we decided to visit National Parks, Seashores, Monuments and Historical sites whenever we had the opportunity. It was a goal we continued when Peggy retired from being an elementary school principal in 2007 and we wandered in our van for another three years. As a result, we have visited the majority of America’s National Parks as well as many in Canada.

Over the past three weeks I have blogged about a few of the parks we visited. I hope you have enjoyed the journey. Today, I will wrap up this series with photos from several more. I will return to the National Park theme from time to time in the future. 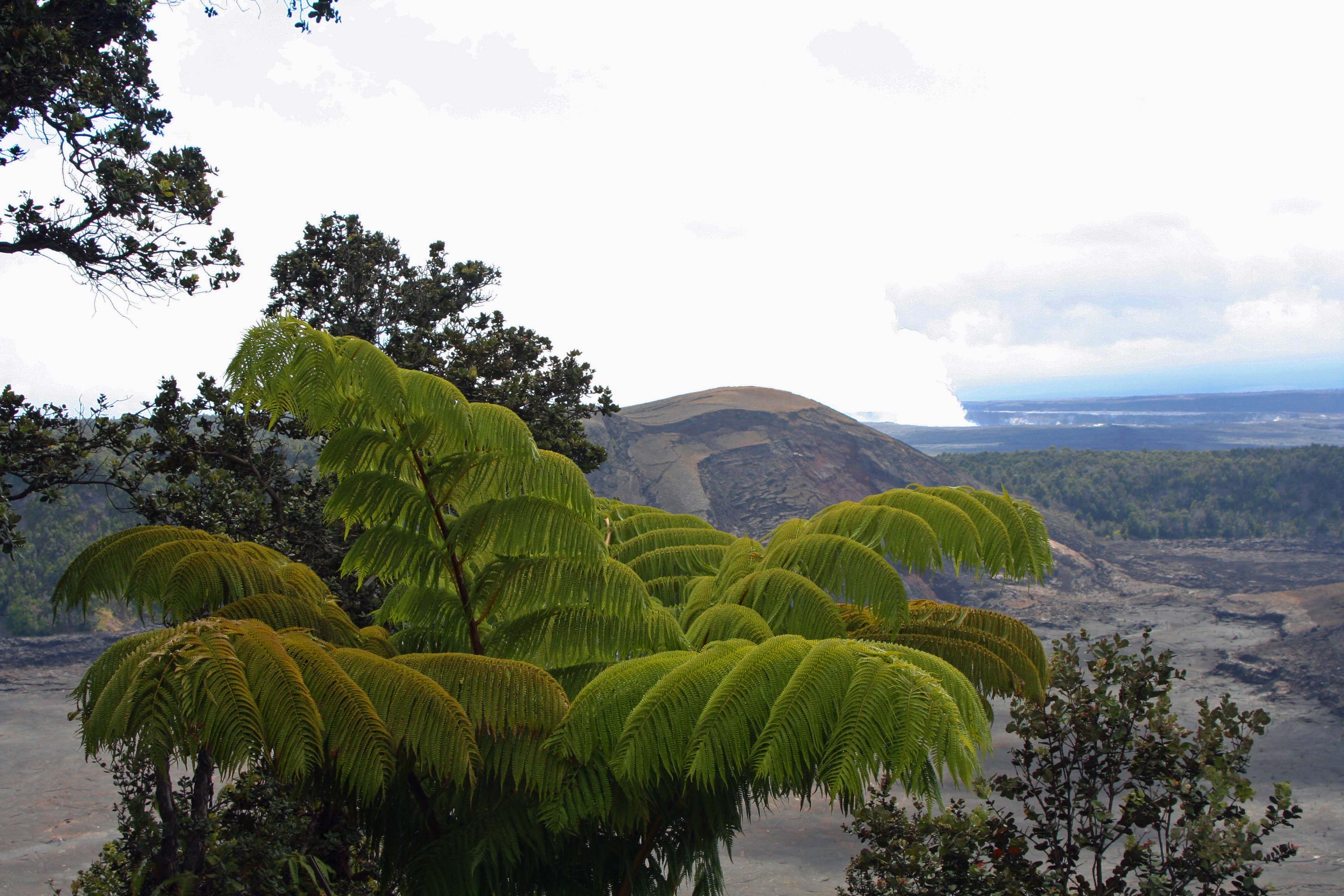 A view of Volcano National Park on the island of Hawaii. The white steam in the background is coming from an active volcano.

A view of the Rio Grande River as it winds through Big Bend National Park in Texas. Peggy and I spent Christmas at the park.

Exit Glacier at Kenai Fjords National Park. I ended backpack treks I led across the Kenai Peninsula near here.

Niagara Falls is not a National Park but it is a National Heritage Site.

We found this colorful Luna Moth on the Natchez Trace, a National Historic Highway that winds through Mississippi and Tennessee. No commercial traffic is allowed on the road, which makes it great for bicycling. (Photo by Peggy Mekemson.)

This brick outhouse found on the Natchez Trace is included because it is my favorite brick outhouse in the world. I hid out in it with my bicycle as a tornado tore up the countryside nearby. 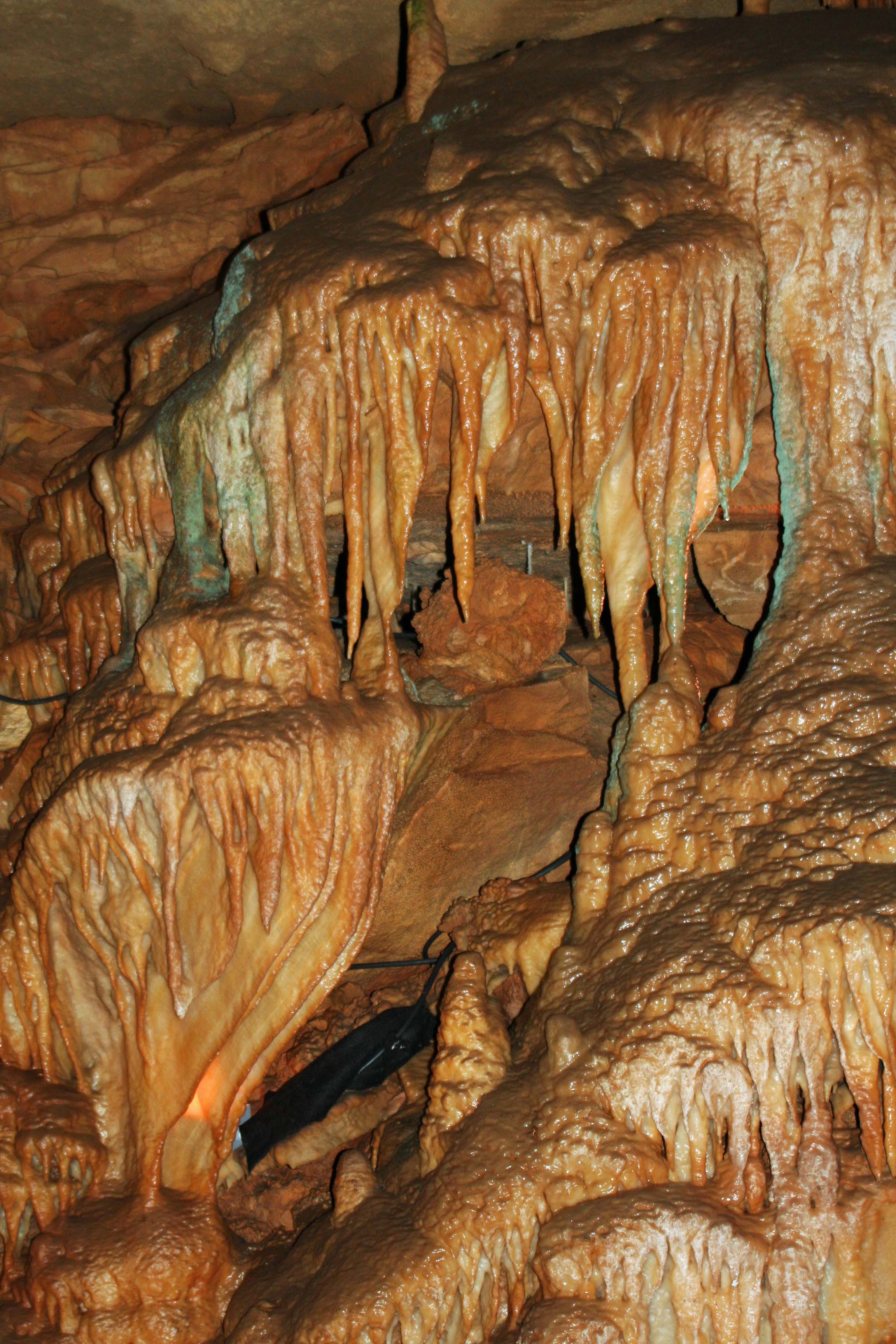 A view from inside of Mammoth Cave National Park in Kentucky.

A small section of Newspaper Rock National Historic Site in Utah. Native Americans have been leaving messages on this rock for over a thousand years. Note the guy shooting the elk in the butt with an arrow.

I’ll conclude for today with this photo Peggy took of Capitol Reef National Park in Utah. (Photo by Peggy Mekemson.)

NEXT BLOG: We are off to Puerto Vallarta, Mexico and the beginning of a new series. First up will feature photographs of Pelicans diving for fish in Banderas Bay. We were fortunate to be close to the action and caught some great shots. You won’t want to miss this blog.